Following the founder’s death earlier this year, the designer wanted to showcase his lesser-known works 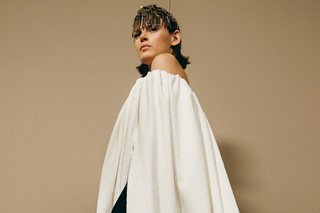 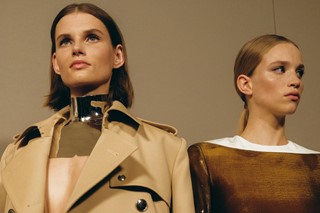 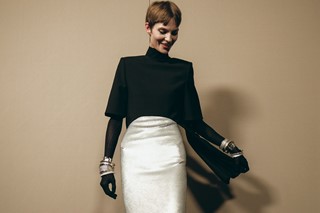 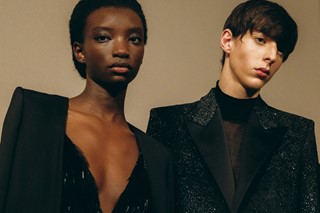 Following on from Vetements’ SS19 show as guest designer on the Couture schedule (more on that here), it was time for the mainstays to begin presenting their AW18 haute couture collections. First up, is Givenchy, with Clare Waight Keller showing her second Couture collection since taking over the Parisian house. Here’s everything that went down at the show.

THE SHOW TOOK PLACE AT THE MUSÉE DES ARCHIVES NATIONALES

Held in an impressive garden, there was a metallic, mirrored runway that curved around the space. If you happened to forget where you were, the giant hedges trimmed into the house’s logo were a helpful reminder.

GUESTS WERE GIVEN A BOOK OF ARCHIVE REFERENCES

On each of the seats was a book filled with sketches and photographs from the house’s legacy. More than a glimpse into the past, it was a helpful encyclopedia for spotting the references that some of the looks were based on. The chicest game of bingo ever, there were reworked looks including ‘Exquise’ and Charmante’ from SS56, and ‘Intrigante’ from AW72. Of course, there was a sketch of Audrey Hepburn’s iconic Breakfast at Tiffany’s dress too. “I think that was it, the nods, the little touches of it”, Waight Keller said backstage of taking inspiration from (but updating) those well-known looks. “Those are the iconic things about this house.”

THE COLLECTION WAS AN HOMAGE TO HUBERT DE GIVENCHY

Following the death of the house’s founder earlier this year, the designer wanted to dedicate this season’s show to his legacy. Rather than focussing on his most iconic work, Waight Keller was keen to highlight the lesser-known moments. “The capes, the peekaboos, the architecture, the structure – the things even I didn’t know he did,” she said backstage. “It was a wonderful trip for me to actually go into that and discover it and then recreate it in my way.”

THERE WAS A NOD TO NATURE

Aside from the outdoor set, Waight Keller seemed to focus on nature with the collection. Some of the sculptural looks that floated along the runway were covered in plumes of colourful feathers, while another had black shells cascading down it. Contrasting the more natural elements were pieces of silver jewellery – another nod to the founder – in the form of crowns and headpieces that looked like metal wigs. Think futuristic wood nymphs.

THERE WERE MENSWEAR LOOKS TOO

As has become the norm with Waight Keller’s Givenchy collections, there were menswear looks among the womenswear offerings. Just as impressive as their counterparts, the male models wore bejewelled morning coats instead of capes. Another appeared in a jacket that looked as if it were made from pieces of a broken mirror. Instead, it was thousands of silver sequins. At Couture, the devil is always in the detail.

AND… THE ATELIER JOINED CLARE WAIGHT KELLER FOR THE FINALE

Coming out for her bow, Waight Keller was joined by the ranks of atelier workers who lined behind her in their white coats. Turning to them, she thanked them, no doubt for all the work they put into the painstakingly small details that a Couture collection takes.