Carmen Wu finds beauty in mundanity, boredom, and what her exes watched on Netflix 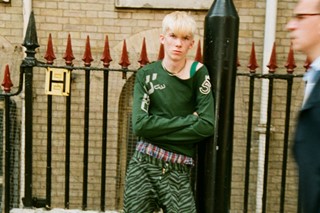 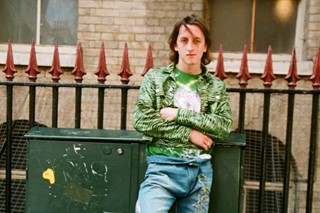 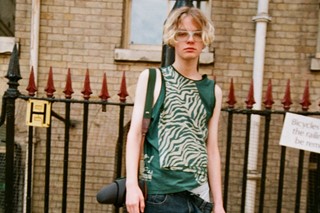 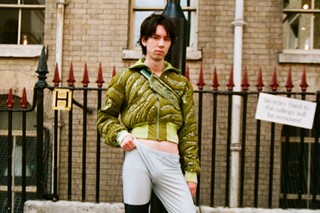 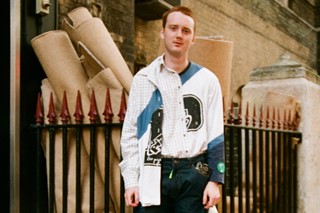 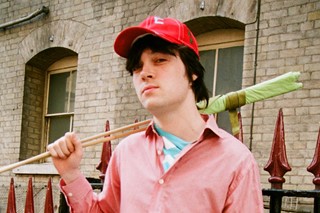 Carmen Wu is the menswear designer who started her career in fashion because she was in love. Not with a particular designer that filled her with inspiration, or a collection that struck a chord somewhere inside of her, but with her ex-boyfriend, who she followed to London when he moved to the city. “When I got here, I started applying to university and ended up taking a place at London College of Fashion, before moving on to do a Masters at Westminster,” she explains. Wu graduated last week, and the rest, as they say, is history. “And I have a new boyfriend now,” she laughs.

It’s in these boyfriends – both past and present – that the young designer finds inspiration. “I’m fascinated by their whole lifestyle,” she says. “I get inspired by what they watch on Netflix, what they eat, what they do, and, most importantly, what they wear.” This translates into sportswear-inspired styles including abstract printed hoodies, oversized shirts thrown over worn-out tees, panelled denim jeans, and dad caps emblazoned with ‘Loser’. On what her exes make of this, Wu explains that her collection is not to be taken at face value.

“I want to bring humour into fashion,” she says. “I want my clothing to have a light-hearted element and I don’t want people to take it too seriously. And I want the people that wear it to be able to joke about themselves whilst still feeling totally confident. It’s a celebration of mundane boys, as opposed to something negative.”

Despite a strong collection, Wu was not one of the students selected to show as part of Westminster’s graduate presentation – and so decided to take matters into her own hands. “When I found out I hadn’t been chosen, the first thing that came into my mind was that I didn’t agree with their decision,” she recalls. “I felt like I had to do something to fight back and stand up for my collection. And so I decided to do my own thing.”

Teaming up with stylist Danny Reed – who co-cast the cover of the summer issue of Dazed – Wu threw a guerilla show outside the institute’s official one, where models wearing the collection hung around and chatted. “Danny and I met when he was a visiting tutor on our course,” she says. “We hit it off because we both liked each other’s aesthetic, and we’re both interested in the mundane, the average, or the wrong. Great minds think alike.”

Featuring a line-up of unconventional models, Reed felt it was important to establish ‘the Carmen Wu boy’ from her very first collection. “It was important to us to street-cast the models,” he explains. “The guys modelling are a mix of friends, boys from Instagram, and Carmen’s boyfriend Joey, who is referenced a lot throughout the collection.” When it came to Wu’s vision of ‘her boy’, there was only one thing to consider: “is he cute enough to be my boyfriend?” she laughs. Sorry, Joey.