Alessandro Michele took us on a trip to the afterlife 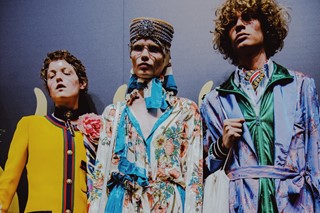 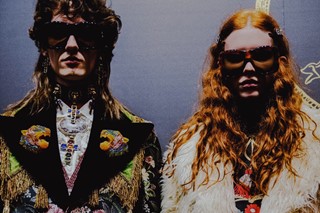 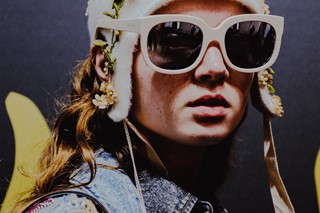 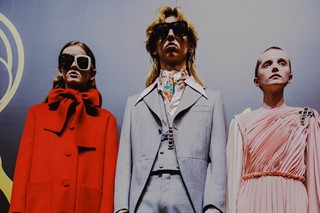 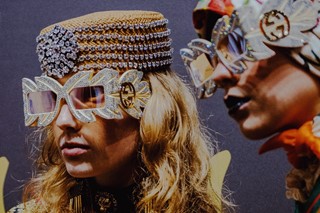 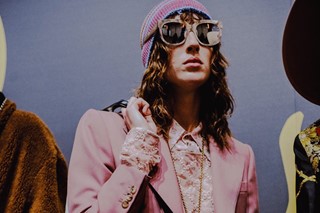 Hot on the heels of last week’s Diorodeo and Nicolas Ghesquière’s Louis Vuitton outing, Alessandro Michele and co. head to the South of France last night to present Gucci’s 2019 Cruise collection. Taking place in the Alyscamps – an ancient Roman acropolis in the city of Arles – the show was as much of a spectacle as always. Thought AW18’s severed heads and baby dragons couldn’t be topped? Maybe not, but it came close. Here’s what went down.

GUCCI IS ON FIRE (LITERALLY)

Over 400 guests (including Saoirse Ronan, A$AP Rocky, and Elton John) descended on Arles, arriving at the Alyscamps at dusk. The whole place was lit by rows and rows of church candles, as billowing smoke rolled over the ground, lending the open-air space a Gothic edge. As Claudio Monteverdi’s haunting “Vespers for the Blessed Virgin” played out, the models made their way around the fire-lined catwalk, with some of the looks they wore sweeping slightly too close for comfort to the flames. But then what’s a Gucci show without a little drama?

All the usual Gucci suspects were out in force, of course: think plaid skirts, floral silk blouses, Varsity-style cardigans, and plenty of tiger stripes. Also on the line-up was a succession of gowns that hinted Michele was looking to Catholicism and the afterlife for inspiration (particularly taken with the theme of the recent Met Gala, perhaps?), as models made their way through the space in velvet, jewel-dotted smocks with sweeping capes thrown over the top of them. Stand-out detailing came in the form of chest bones embroidered to the torsos of dresses, a macabre silicone mask with tiny holes for the eyes and mouth that rendered a model eerily featureless, and headpieces that brought to mind Mary Queen of Scots. On the other end of the Gucci spectrum, a number of models took to the floor in 80s-style disco-punk looks, with sequinned mini dresses, bright velvet tights, and angular, two-tone sunglasses seen throughout. The collection was for “widows attending grave sites, kids playing rock ‘n’ roll stars, and ladies who aren’t ladies,” according to the show notes.

If the idea of channelling Mary Queen of Scots (or carrying a huge bunch of wilting gladioli, orchids, or peonies, as some models did) next season isn’t doing it for you, there were plenty of other looks to choose from. Continuing the gothic theme was a series of velvet chokers and chains bearing chunky, jewel-encrusted crucifixes, as well as huge oyster shells strung on lengths of leather, and veiled mourning-style pillbox hats. And of course, the crystal-encrusted shades, logo sweaters (the Gucci/Sega mash-up first seen two seasons ago was back, while the Chateau Marmont logo, ‘Momento Mori’, and the words of Italian poet Dante were seen on others), and chunky Gucci sneakers are going nowhere – this season they’ve even evolved into a chunky sneaker sandal hybrid.

It’s no secret that Alessandro Michele is a massive fan of – and has taken much inspiration from – Elton John. Having collaborated with him on the costumes for his farewell tour earlier this year, the designer not only invited the legendary singer to the show, but also enlisted him to perform for his guest afterwards. Sitting down at a piano in the middle of the Alyscamps, John closed the show with renditions of “Rocket Man”, “Your Song”, and “I Guess That’s Why They Call It The Blues” to an enraptured audience. Will Gucci SS19 – just a few months away – top this? Only time will tell.