As his Selfridges takeover comes to an end, the designer talks us through what the concept means to him

Over the course of the last year, Selfridges’ Corner Store has become a hub for creativity. Having played host to A$AP Rocky’s bodega, and formed part of Michele Lamy’s boxing-themed takeover, this weekend sees brilliantly cerebral designer Gareth Pugh take over the space.

In this case, Pugh – who worked at the store as an assistant way back in 2002 – was asked to respond to the provocation ‘The Anatomy of Luxury’, with the result an exploration of the multi-layered meanings of the word.

Curating a week’s worth of events in the space, the designer has designed a window display, and built a visual narrative which dissects the notion of luxury beyond the material. As well a series of personal imagery and videos – including one made for the late, great fashion provocateur Judy Blame in which he performs an ode to Liza Minelli – and an edit of archival garments, a number of young creatives were invited to choreograph performances and installations that will take place throughout the week-long residency.

“Pugh – who worked at Selfridges as an assistant way back in 2002 – was asked to respond to the provocation ‘The Anatomy of Luxury’, with the result an exploration of the multi-layered meanings of the word”

Offering a “safe space to explore new ideas”, the likes of designers Edwin Mohney (the designer who made a splash with his paddling pool dress at this year’s CSM grad show) and Bianca Saunders, and stylist Ibrahim Kamara form the line-up. Saunders will paint a number of black men pink, in an exploration of homosexuality and black masculinity, while Karama has created a giant flag which asks the question ‘who are we?’

Alongside the installations and events runs a ‘backstage area’, which is open to all. With a team of make-up designers giving shoppers looks worthy of the designer’s runways, Pugh himself will be getting stuck into serving champagne.For Pugh, the residency was a chance to celebrate having a platform and being able to share it.

In the midst of the takeover, we sat down with him to find out what he considers ‘radical luxury’.

WALKING DOWN THE BEACH WITH MY MAM

“As part of the exhibition, everybody involved has been given a circular space to work with, and it looks really beautiful. In one, there’s a film we made, in which me and my mam walk across a beach up in Sunderland, where I’m from. We sort of walk down the beach, towards the camera, and then pass through the space – it’s kind of like we’re breaking the fourth dimension. For me, it speaks to the idea of time and clarity, and of having a chance to think about what you’re doing. It has a bit of a nod to The Wizard of Oz, too – there’s no place like home.”

ASTRAL PROJECTION AND THE ABILITY TO GO ANYWHERE

“We were also asked to do a window display, which is loosely based on the idea of astral projection. It uses some of the clothes from my SS18 collection, but we kind of made it look a little bit like a log flume ride. That idea of astral projection plays into this idea of me being able to go wherever I want, and to go for a walk on the beach with my mam whenever I want to.”

BEING BY THE SEA

“Coming from the sea – Sunderland is a seaside town – that idea of being on the edge of something really gives you a unique perspective. I think that’s something that’s super important to hold onto. Every time I go back to Sunderland it’s really important for me to go back to see the sea. It’s something I’m petrified of – whether it’s deep water or the fear of the unknown – but I think it’s an important part of my life. And it’s something I miss in London. It’s an important part of who I am. It’s that idea of looking out and seeing that there’s nothing before you: it speaks of eternity and foreboding, of taking a leap of faith. So that’s the distillation, I guess, of my idea of luxury.”

“Luxury, for me, is all about sensualism over materialism. If I ever go into Selfridges and I’m feeling boujie, I’ll buy a Diptyque candle and sometimes it’s fun to be able to go and do that. But that comes back to sensuality and the experience the candle gives you as opposed to the candle itself – it’s not about what something’s worth, it’s about the experience.”

“Luxury, for me, is all about sensualism over materialism. If I ever go into Selfridges and I’m feeling boujie, I’ll buy a Diptyque candle and sometimes it’s fun to be able to go and do that” – Gareth Pugh

CANCELLING OUT THE VISUAL NOISE

"My idea of luxury does undulate. It’s the reason the fashion industry works, that idea of wanting something that you don’t have, or to be someone you’re not. But I think it takes a certain experience, a certain age, to see that you’re happy with your lot. You don’t want to have something you can’t obtain because you can waste a hell of a lot of time by chastising yourself over not being that perfect ideal. I was lucky enough to grow up around some amazing friends, without Instagram. I can’t fathom how difficult it must be now for young people finding themselves and be surrounded by so much visual noise. For me, then, my fashion consumption was the Hello! fashion special when I was living in Sunderland, that was about it. So in the video for the exhibition we wanted to channel out that visual noise.”

“For the takeover, we decided the idea of a stage would be quite fun, and we contacted lots of interesting, young people to get involved. We decided to do something every day, with Edwin Mohney kicking things off on the Monday, and Ibrahim Kamara, Bianca Saunders, and Richard Malone following. We also have a picture of Judy Blame on the make-up counter, because he was one of the people who taught me about the importance of collaboration and working alongside people. It’s about finding people who are energised and excited and celebrating how creative and beautiful and intense London can be in a safe space. I was given that by people like Jefferson Hack, Judy, Nick Knight, and Nicola Formichetti, and now I want to pass the mic so to speak. We were so lucky, and we are now so lucky to be giving these opportunities to other people.”

“For me, the song “I’m a Dreamer” – which was my starting point – comes from a very specific time in my youth when I was figuring out what I wanted to do. It was the first time I came down to London to do the National Youth Theatre when I was 14. It was a time in my life when I thought anything was possible. And so, with this project, I was trying to get back to that place where you channel out all of that noise and that crap that you have to deal with as an older person who runs a business. Just remembering that time when you had the naivety of youth. It all comes full circle then. That’s why it was really important to get me and my mam on the beach back home, too. It’s about remembering where you came from.”

The pop-up runs until April 23rd at Selfridges, Oxford Street. 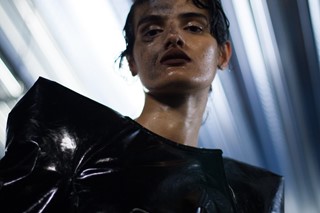 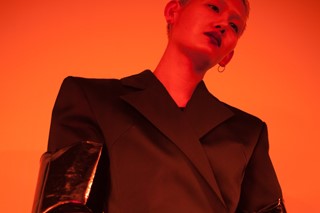 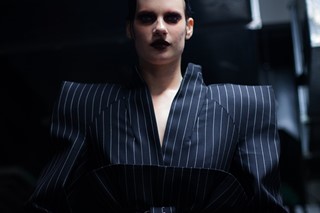 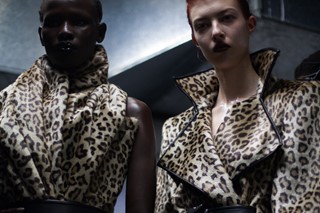 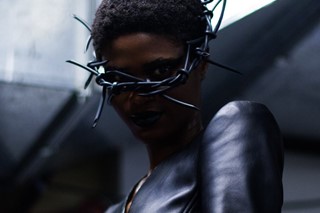 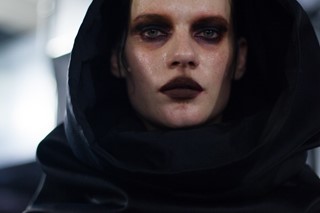