This is A_PLAN_APPLICATION – a system wardrobe of dressing by archetypes 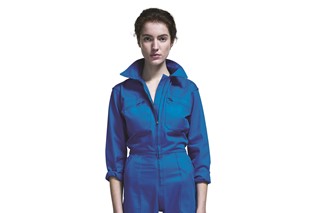 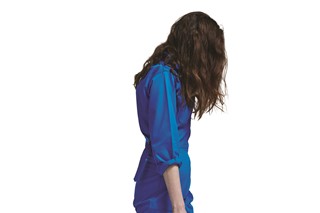 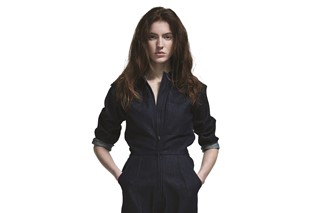 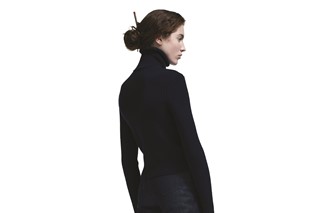 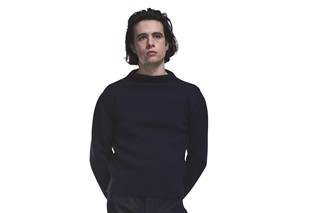 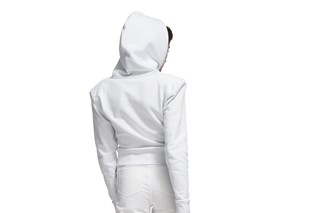 “Each piece has been thought about for the exact purpose of how it will be worn. They’re clothes to be properly lived in,” says artist Anna Blessmann of her new label A_PLAN_APPLICATION. “It’s a collection that sits on a spectrum that spans all the way from feminine to masculine and covers everything in-between.” This, translated into simple terms, forms a line of practical pieces that range from hooded sweatshirts and oversized parkas, to sturdy leather totes with functional detailing.

This “system wardrobe”, as Blessmann calls it, is a collection that came out of a conversation between herself, Off-White powerhouse and newly-crowned Louis Vuitton menswear designer Virgil Abloh, and her partner – in both life and art – renowned Factory Records designer Peter Saville. Frustrated and unable to find the pieces she actually wanted to wear, Blessmann was encouraged by the pair to take matters into her own hands, and it was then that the idea for A_PLAN_APPLICATION was born.

Using herself as a model and muse, the designer hand-drew designs onto self portraits in the initial stages, and finished the garments with the most minimal of details: not one piece features a label or an external logo, and most styles are truly utilitarian in their aesthetic, albeit with feminine flourishes (including a limited edition silk scarf featuring an abstract, techy print by Saville).

We caught up with Blessmann in her London studio to find out more about A_PLAN_APPLICATION, how her art informs her designs, and why a so-called “system wardrobe” is the future.

The whole collection is presented in a palette mainly made up of blues. What’s the significance of the colour, and why did you decide to create garments in that hue?

Anna Blessmann: Well, I had to start somewhere! I knew I wanted to create a collection in a single colour, and I liked that blue is egalitarian in its nature: it encompasses clothing worn by an admiral, a businessman, a window cleaner. I looked at the idea of a uniform initially, which you can see in some pieces more than others - the boiler suit for example. But even the wrap dress looks almost like an apron, which is something my grandmother used to wear to keep her ‘nice’ clothes clean while she was cooking. And blue is classic: everyone looks good in blue.

Everything is functional too, was this important to you when you were creating the collection?

Anna Blessmann: Yes, I wanted everything to be something you could move in. I’ve chosen durable fabrics that are designed to be worn, and worn, and worn again: they’ll become softer with age through movement. They’re staples that are designed to be lived in, and I travel a lot so this idea of a system wardrobe was key for me too: it’s all totally transportable and the garments aren’t things that are going to crease beyond recognition in your suitcase. Everything goes with everything else, too. I’m creating archetypes that will be repeated in each collection. It’s a reaction to the frustration I felt when I finally found something I liked and then was never able to buy it again. I want to keep making these clothes.

So are these pieces a reflection of what’s in your existing wardrobe?

Anna Blessmann: Some of them are, yes. The boiler suit is modelled on a vintage one I found in Berlin that I really wanted to own again, but I could never find in the right shape for my body. I think the way things fit in the collection is another key element. The boiler suit can be worn as it is, or it can be adjusted at the waist to nip things in, and so can the wrap dresses.

What piece did you start with, and what did you want from the collection when you began working on it?

Anna Blessmann: I never really planned any of this, it was one of the oddities of life. When I met Virgil through Peter, it just began as a conversation about how in the last few years I’ve had a real problem with the disposability and instant redundancy of fashion. He found that interesting and asked if I’d be interested in creating something, which started as a discussion about doing an exhibition: but I don’t think clothes belong in exhibitions, they’re meant to be worn. The idea for the brand became much more concrete when I met the people in the studio in Milan and then started experimenting with what I wanted to make. I knew I wanted a wardrobe of everyday pieces, with things that were comfortable enough to sit in front of a computer in, as well as something you could smarten up for a gallery opening later by just changing your shoes. So I went from there.

Do you think your artwork and your career as an artist has informed your designs?

Anna Blessmann: For me, art and fashion are very different systems, especially in terms of ways of working, thinking, and feeling. As an artist liking clothes, I kept finding it so difficult to identify with a strong idea of others. I felt it had become so much about a logo or a brand: everything is immediately identifiable. As somebody who has such a strong idea of image myself, I found it hard to bring these together. So I started making clothes or altering my boyfriend’s clothes. I wanted to make things more uniform. I wanted specific shapes but I wanted people to notice the way I walked or my face before they saw what I was wearing. I’m interested in silhouette, how things move, and the colours they’re presented in, which I suppose is like my sculptures.

“As an artist liking clothes, I kept finding it so difficult to identify with a strong idea of others. I felt it had become so much about a logo or a brand: everything is immediately identifiable“ – Anna Blessmann

Peter’s input into the collaboration is a key factor as it’s the only pattern – why was that important to you?

Anna Blessmann: Well, it’s the only piece that has a pattern as I feel like patterns date collections to a particular time. I only want one pattern each season and on this scarf – which is as big as a blanket – the pattern is so abstract. It’s called ‘Blue Blue Glitch’ and is inspired by a computer glitch. It’s so omnipresent in our time, and everyone has seen one. It’s a particular shade of blue. It’s something that I want to do every season, it’s something that I want to be collectable and I love having something of Peter’s in the collection too.

How do you see people interacting with A_PLAN_APPLICATION?

Anna Blessmann: There are no logos in this collection because I want people to make it their own. Perhaps it’s more of a product design approach because I’m curious about how these pieces enter people’s lives and how they use them. Clothing has to fulfil a function. Of course to a degree there is some self-expression, but mostly it’s a need and I’m interested in how it affects what we do, how we work, what we eat, and so on. Artists take so much in and they make so many creative changes but the things that they wear don’t change so much.