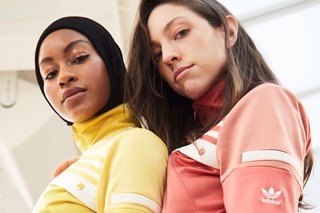 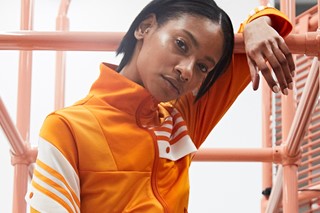 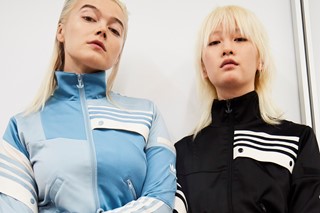 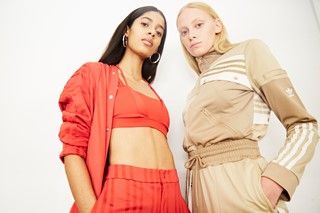 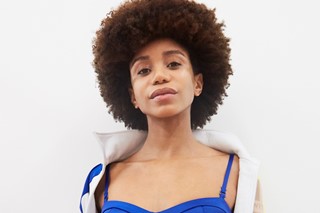 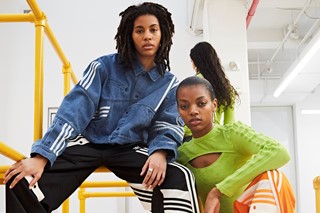 Since debuting her eponymous label at last year’s VFILES presentation, 23-year-old Daniëlle Cathari has come a long way. First, she graduated from the Amsterdam Fashion Institute, where she created the school project that would eventually become her VFILES range, using vintage adidas tracksuits that she deconstructed and remade. Now, the Dutch designer has collaborated with the iconic brand and gets to deconstruct the real thing.

After witnessing Cathari’s last collection, adidas Originals immediately knew they wanted to bring her vision to the brand. “We all saw what Daniëlle did last year and we were obsessed with it,” says adidas Originals design director, Raffaella Barbey. “It sparked a lot of curiosity for us, and we wanted to see what she would do if we called her up.”

The result is the adidas Originals by Daniëlle Cathari collection that dropped at NYFW yesterday. A mix of high fashion and 90s athleisurewear that was inspired by the likes of TLC and Kendall Jenner, the line sees classic adidas styles reimagined in Cathari’s cut-and-paste style, as she juxtaposes the genderlessness of traditional tracksuits with the sexy femininity of high-cut bodysuits and cropped bustiers.

The presentation took place in an indoor jungle gym that matched the collection’s bright red, lime green and beige palette. With a soundtrack of 90s girl groups, the vibe inside the gym embodied exactly what Cathari and adidas had hoped to create through the collab. “We just wanted to bring back a little bit of fun into fashion,” explains Barbey. “It’s a very feminine collection that celebrates women, but it’s effortless and easy at the same time.”

“The starting point was the classic 90s adidas look,” adds Cathari. “From there, I wanted to reimagine it and make it modern by adding my signature deconstructed elements, while working with some extreme contrasts.”

For the designer, the key was to represent her own aesthetic, while still keeping adidas’s spirit in tact, a task that proved easy since she’d grown so accustomed to working with specific elements, like its quintessential three stripes. “I have so much love for the brand, it’s not like I’d want to take off the stripes or something,” Cathari laughs. “Why would you? My goal here was to do something new, but not get rid of what adidas already does so perfectly.”

“My goal here was to do something new, but not get rid of what adidas already does so perfectly” – Daniëlle Cathari

Sitting backstage at an official NYFW event, with her name stitched next to adidas’s is a big change from desperately sourcing its vintage tracksuits for a student project. Speaking after last year’s VFILES presentation, the only goal Cathari had for herself and her brand was to finish college; one she’s far surpassed. Now she’s more than ready for the next step – “I’ve learned so much about how it works being a designer in the real world,” she says. “In school, everything is so different. Working with adidas Originals has been crazy, but also such a huge learning process.”

With one drop of the collection planned for this weekend and a second due in April, Cathari can’t wait to see everyone in her pieces. She does have a favourite, though. “Definitely the beige tracksuit,” she admits, “it’s just a perfect mix of adidas and me. Like, if adidas and I were to have a baby, that would be it. For sure.”