With hints of fetish and minimalism 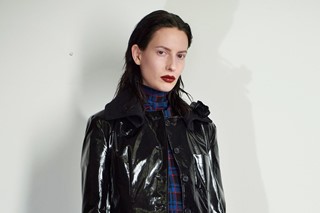 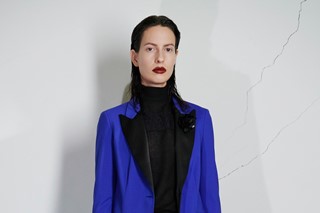 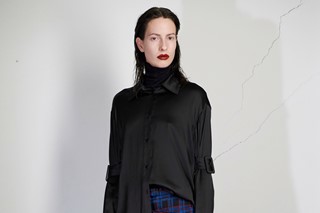 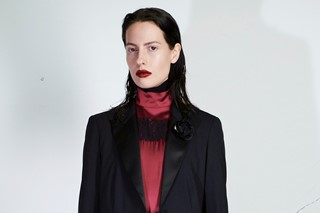 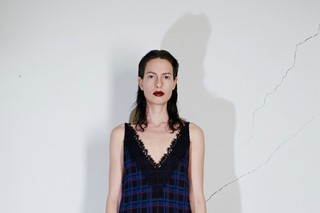 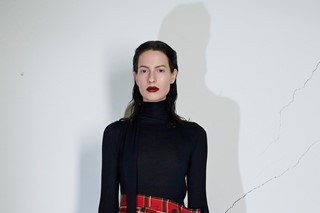 Since he emerged onto the fashion landscape back in 2011, it’s become increasingly apparent that Yang Li marches to the beat of his own drum. His is a darkly romantic vision that draws influence from the subversiveness of punk, marrying it with skate-inspired elements, while his shows are visceral, immersive affairs – attendees’ ears have previously been pounded with industrial soundtracks from the likes of Philip Glass, Coil and Michael Gira of experimental post-punk outfit Swans (who made a live appearance at the designer’s SS18 show at the Palais de Tokyo).

What might come as a surprise, then, is the understated femininity that permeates much of Li’s work, something he’s explored in more depth as part of his first stand-alone pre-AW18 collection. Touching on fetishism, music, minimalism and ‘a sense of melancholic optimism’, the collection subverts Li’s existing DNA, exploring what it is to be a woman as the line between gender grows ever more blurred.

Comprising a series of pieces that are core to Li’s distinctive aesthetic, the pre-collection offers up a sharp, tailored tuxedo in a rich shade of Yves Klein Blue, structured, gothic-influenced outerwear, and fluid, sportswear-inspired cupro pieces, all finished with touches of lace, plaid and PVC detailing. “I considered the garments that are integral to the brand, and developed them further,” the designer tells us, “I wanted to allow some of my best ideas to have time to breathe longer, to allow them to be accessed.”

“She’s someone that is always on the move, leaving somewhere, or just arriving. She’s constantly feeling, experiencing and learning” – Yang Li

When designing the collection, Li had a strong vision of the woman he imagined wearing it in mind, “she’s someone that is always on the move, leaving somewhere, or just arriving. She’s constantly feeling, experiencing and learning,” he explains. “She’s not complicated though. She gets ready quickly. Some water and a hand run through her hair and a touch of lip balm. And a cigarette in her hand. Always a cigarette,” he finishes. His heroine’s darkly enigmatic status is cemented when we ask him which track would soundtrack the collection. “Sisters of Mercy’s “Emma”, which is actually a cover of a Hot Chocolate song,” Li tells us, “it’s about a wannabe movie star who commits suicide.”