The A-COLD-WALL* designer shares his advice for the aspiring 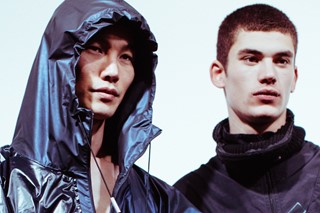 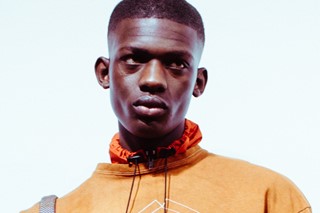 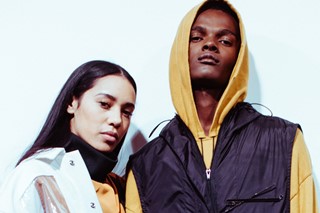 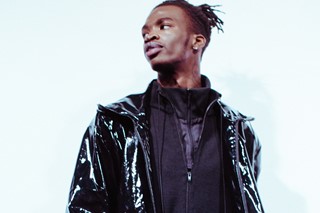 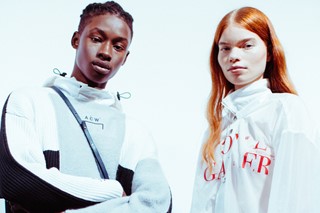 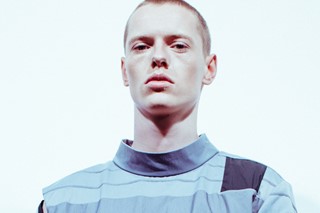 “Fashion design just didn’t seem like a viable option when I was growing up,” says A-COLD-WALL*’s Samuel Ross, not long after his AW18 show last week at LFWM – which brought together luxurious, technical reimaginings of the clothes you’d find worn on construction sites with a set inspired by artist Anthony Caro. “I didn’t know I could make a career out of it at all.”

He managed it, though. In a few short years, Ross has grown his label (which has teamed up with Nike and was nominated for a Fashion Award last year) into a thriving business, showing last week during London Fashion Week Men’s for the third time and recently picking up investment which will grow the company in line with his ever-expanding vision. And it’s certainly ever-expanding.

It’s pretty impressive for any designer, but Ross is living proof of the fact that you don’t have to have had a traditional path into fashion (aka a degree or two from CSM) to find success in the industry. He began by studying graphic design, putting work out onto the internet with the hopes it would catch the eye of someone who could offer him an 'in' – which came in the form of none other than Virgil Abloh. He offers his advice on getting into fashion without going to fashion school – and why short-term hype is not a long-term goal.

KEEP PUTTING WORK OUT THERE

“A lot of it is down to chance, but if you keep putting out work again and again, the likelihood that it’s going to be noticed is going to go up. I was pretty much acting as four different people at one time when I was around 21, 22. There were four different personas putting out four different things, one for streetwear, one for street art, one I was doing film under and one for graphic design. It was really just over-strategising, I remember sending loads of emails to London brands and figures, and getting ignored. But I knew one of them was going to hit. And it did.”

“People should want to be in this industry because it’s part of who they are, not because of the immediate gains that can come from it” – Samuel Ross

DON’T BE AFRAID TO REACH OUT TO YOUR IDOLS

“You need to. I did. I was sitting in my chair and saw Virgil’s page – this was before OFF-WHITE, Pyrex had just finished – and I was thinking of emailing. I said ‘fuck it’ and just did it. That was a massive stepping stone in my journey – imagine if I didn’t do that? We wouldn’t be here talking, that’s for sure. I sent loads of my work across when we started talking and he just said ‘Yeah, you’ve got it – work for me’. I started working on Kanye’s stuff and was maybe doing 100 designs a day for them, on top of a graphic design job. It was an intense period of trying to prove myself.”

DON’T BE INFLUENCED BY OTHER PEOPLE’S WORK

“I stopped reading all the fashion blogs because you’re so impressionable, even if you’re not aware of it. Even on Instagram, I don’t really look at other designers that much because I don’t want to have any type imprint. That’s something I’m having to be really disciplined about, you have to make a decision like no, I’m going to be insular with my ideas and make sure they’re cohesive with my narrative and what I want to talk about. I spend more time talking to artists rather than designers specifically for that reason, I try not to look at garments.”

“I don’t really look at other designers that much. That’s something I’m having to be really disciplined about” – Samuel Ross

“I thought I knew what hard work was and then I started working with Virgil. He works every single day, Christmas day, every single day. It’s really just the pace of work – it needs to be phenomenal to get anything done, and also to not become comfortable. There are so many points where he could have stopped before he got to where he is now, and where I could have stopped too. But this hunger to not just prove yourself but contribute to the art and design community is something you want to do, for you.”

PUT THE BIGGER PICTURE AHEAD OF SHORT-TERM HYPE

“I know I’m here to have a long career, not just to make a quick buzz. I want to actually contribute to the fashion industry, and just be part of British design, really. I don’t want to have a short career due to the age that we’re now in – I want to have a thirty-year career. I don’t really care about celebrities wearing my clothes because I don’t want to feed into that. There’s been a subversive movement away from certain types of branding with logos, I want to move away from all that noise. There’s a lot to communicate that I haven’t had the chance to communicate yet.”

LEARN TO DELEGATE – AND BUILD A STRONG TEAM

“I’m so used to doing everything on my own. But it’s like no, Samuel you have to focus on the clothes first. That’s come with time, before the stakes weren't so high – I wasn’t designing an entire collection with 25-30 looks for a runway show. I realised I needed to delegate properly because there’s just not going to be enough time for me to do everything myself. My immediate circle is related to my work. My partner helped found A-COLD-WALL* from behind the scenes, Andrew, my best friend, is now my business partner. I employed all my friends – some got fired, but they’re still my friends! Work is the epicentre of everything for me. But it doesn’t feel like work.”

DO IT FOR THE RIGHT REASONS

“I did fashion because I’m an artist and an artist has to express what’s in their mind and what they’re feeling. I was just doing it for me. I still am. People should want to be in this industry because it’s part of who they are, not because of the immediate gains that can come from it. That’s short-sighted and it won’t last. It shouldn’t just be about wanting to become successful, you should be doing it because you want to do it. I didn’t have any want or need to be validated by the industry – it was great that my work was picked up and understood. But I would have been doing it anyway; it’s expression and it’s wanting to put my things out into the world.”