Ahead of the launch of the new issue, we speak to its founders – Charlotte Roberts and Bertie Brandes – on journey from issue one to now 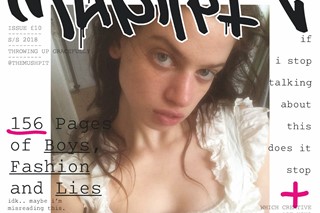 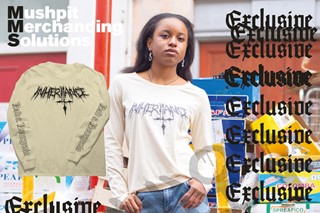 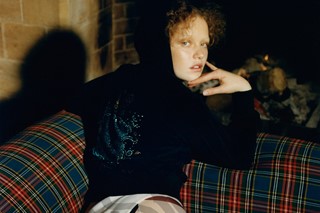 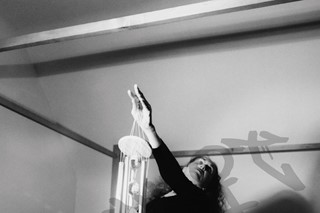 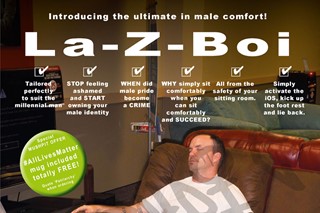 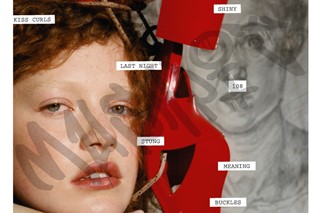 You’re probably used to apocalyptic conversations about whether Instagram and/or the internet is destroying print mags. Obviously, we don’t agree, but the fact that this year has seen the closure of some of your faves (RIP Teen Vogue) does make you wonder about the future of the industry.

There are, of course, rare and independent gems though that distance themselves from the monthly machine, publishing content they want, whenever they want. At the forefront of this wave of publications has to be Mushpit – which today celebrates its newly-released tenth issue.

Started by Charlotte Roberts and Bertie Brandes back when they were students in 2011, Mushpit originally began as an antidote to the glossy, heavily advertised mags that already exist. With no ads and complete creative control, they used the magazine to communicate their struggles and triumphs as women living in London.

For its latest issue – themed around the idea of ‘courage’ – the pair enlisted the help of creative director Richard Turley, who lent his talents on the art direction. Other contributors include photographer Joyce NG, Tyrone Lebon and Dazed’s art director Jamie Andrew Reid. Model Lily McMenamy – who the pair have wanted to shoot since Mushpit started – also appears on three variations of the cover. “She really gets Mushpit and we’re super happy and proud that she’s been a fan for such a long time,” they said.

Here, we catch up with the pair on how Mushpit has changed since the first issue and what else to expect from its latest edition.

What has the journey been like from the first issue to now?

Charlotte Roberts and Bertie Brandes: We made the first issue when we were 21-year-old students splurging £200 on a 100 zine print run and moaning about internships, so we’ve slightly progressed now! We’ve definitely kept the same subversive, stubborn, fearless ethos as before we just know how to budget and use InDesign properly now. Issue 10 really is all we've ever wanted Mushpit to be and more – it feels like the ideas almost leaked themselves onto the page into a perfect mad melody and though it’s still somewhat messy and angry it feels structured and fluid too. It’s also been a year since we did the last one so this issue is packed full of a lot of ideas and feelings we had been storing up. Be prepared.

What made you want to start the magazine, and do you still feel that way today?

Charlotte Roberts and Bertie Brandes: In the beginning, it was a combination of boredom and frustration at the lack of outlets we felt we had access too. Everything was cliquey and seemingly inaccessible and we had a lot to say and nowhere to say it. Today, those general frustrations have become more nuanced and focused. As we’ve grown up so have the issues we discuss and explore; where once it was about boys and flatshares now its progressed to deeper and often more difficult topics like grief, heartbreak, modern malaise and dissatisfaction. We use humour as the key to discussing these things without being too worthy or earnest, there’s a strength in being funny about something heartbreaking or unfair. There’s definitely a feeling of resilience throughout all issues of the mag and we hope the readers feel this too.

Charlotte Roberts and Bertie Brandes: The high is every time we send the mag to the printers and then have a week off to faff about on outfits for the launch. The low is when we check our bank balance after we’ve sent it and realise we’ll have to recycle outfits from the last one.

What are you most proud of achieving with the magazine?

Charlotte Roberts and Bertie Brandes: This one definitely feels like the most archetypal Mushpit and the one we’ve been gearing up to make for a long time. We worked with Richard Turley as art director and he helped us bring so many ridiculous ideas to life in ways only he could ever do. Richard also helped us to develop an entire section which recreates the feeling of a panic attack; it’s visceral and very raw and we’re really proud of it.

What do you wish you had known when you first started Mushpit?

Charlotte Roberts and Bertie Brandes: The beauty of it is that we didn’t know anything, it was never a glorified portfolio it was just something we felt absolutely compelled to do! And still do!

Can you tell us about theme for the new issue?

Charlotte Roberts and Bertie Brandes: The theme for issue 10 is courage. After the chaos of issue 9, we wanted to refocus on strength and determination. The theme was heavily inspired by a painting of Fortitude by Botticelli and the idea that withstanding something is a great strength in and of itself – one that we tend to overlook. The past year has been so relentlessly dystopian, we thought we’d cut ourselves (and our readers) some slack.

“The beauty of it is that we didn’t know anything, it was just something we felt absolutely compelled to do! And still do!” – Charlotte Roberts and Bertie Brandes

What are some of the highlights?

Charlotte Roberts and Bertie Brandes: Darcie Wilder’s two-part essay about love, life and spills is beautifully moving and one of the best things we’ve read this year, so we’re thrilled about publishing that. Rosie Mark’s Instagram story series is really new and exciting as well, and not something we’ve seen before. Working with Richard has been a constant highlight, he has a truly amazing brain, also a really good dress sense. The Joyce story based on the seven virtues was really great and tethered the ideas around courage and strength in the mag. We photographed Vanessa and her beautiful three daughters in their house in Dorset – it was a dream.

Can you tell us about the covers?

Charlotte Roberts and Bertie Brandes: We’re so excited to have worked so closely with Richard for this issue and knew from the off that we wanted to do something really new with the covers. The selfies of Lily – who has been our ideal cover girl since issue 1 – feel really honest and relevant. The text that surrounds them is a mix of pastiche, cheap poetry and passive aggressive emails sent between the three of us. Overall they hit every Mushpit requirement: profound, profoundly stupid and provocative.

What does the future hold for Mushpit?

Charlotte Roberts and Bertie Brandes: We’ve got some jobs lined up for the new year which keep the prang at bay but mainly we just plan on churning out issues in larger and larger quantities. Maybe robots will start producing them in 2018. #MakeMushpitMainstream...? Who knows.