From Björk to the Middle Ages 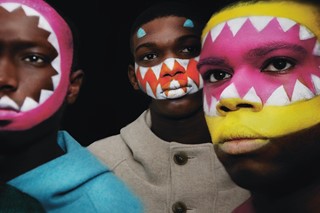 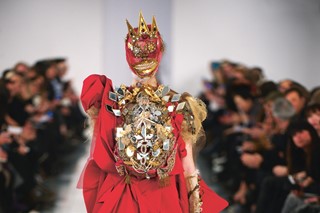 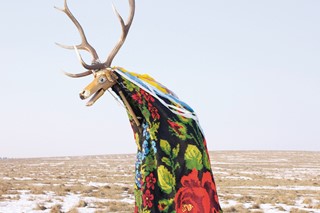 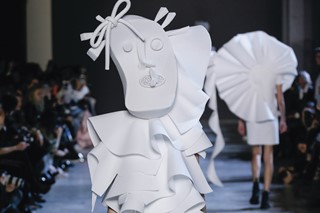 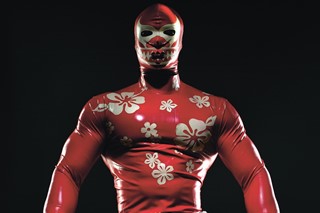 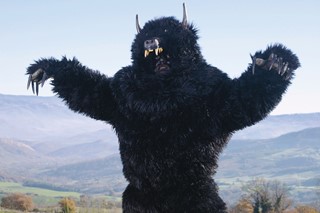 “I’ve been fascinated by masks since the beginning of my career,” says Walter Van Beirendonck, speaking from The Wereldmuseum in Rotterdam, where his exhibition Power Mask – The Power of Masks opened last month, running until January next year. “I find ethnographic cultures and rituals so interesting; anything that centres around bodies, faces and changed personas. It’s a love that’s been there forever.”

Of course, anyone familiar with the Belgian designer’s inimitable oeuvre knows this to be true: since ascending to fame in the 1980s as part of the Antwerp Six, Van Beirendonck has incorporated masks into his collections in myriad ways – from fetishistic face coverings and African Bozo designs to mask-like make-up painted on models’ faces and his various collaborations with milliner Stephen Jones to conjure whimsical, oversized masks and headpieces. Needless to say that when the celebrated ethnographic museum approached him to curate a show for them, the first thing that sprang to his mind was masks. “I’ve known the museum for a long time,” he says. “It’s very traditional, with a beautiful collection, but it’s also a little bit old-fashioned, presentation-wise. They had seen the exhibition that I curated at the Modern Art Museum in Rotterdam and felt I could bring a fresh perspective.”

“I began by looking at masks in fashion, and then about how different artists across different disciplines and ages have been inspired by masks, and brought those ideas together with masks from the museum’s collection,” he explains of the concept behind the show, which includes works by such diverse creative forces as Robert Mapplethorpe, Picasso, Jean-Michel Basquiat, Louise Bourgeois, Cindy Sherman, Maison Margiela, Christian Dior, Jean Paul Gaultier and Viktor&Rolf. “It’s a very spontaneous project,” Van Beirendonck explains. “I selected everything from the heart. The very rough painted masks in the Basquiat works, for instance, aren’t necessarily masks but have a strong mask feeling to them, whereas other artists I included make explicit use of them in their work.”

His approach to choosing objects from the Wereldmuseum collection was similarly instinctive: “I picked around 80 of their masks from Africa and Oceania, ones I really liked and which I felt would spell something out within the exhibition, and then we loaned other objects from museums in North and South America, from all over the world! My favourites are the huge dancing masks from Papua New Guinea, made from tree bark. They are so fantastical – these huge alien faces with big eyes; we’ve got a room filled with them in the show.”

The entire exhibition is reflective of Van Beirendonck’s love of fantasy. “Enchantment was an important word for me during the curation process,” he says. “Often museums want to present things theoretically, but I just want enjoyment! I curate without fear, in a very nonconformist way, and I hope people will feel that when they come.” There seems little doubt that this will be the case, Van Beirendonck having carefully conceived each room to be both immersive and intriguing. “I tried to recreate the feeling of how these masks were used, and how they looked when they were worn in all sorts of different contexts: some are tribal; some have spiritual associations; there are torture masks from the Middle Ages; masks designed for Björk and Kylie Minogue.”

“Some are tribal; some have spiritual associations; there are torture masks from the Middle Ages; masks designed for Björk and Kylie Minogue” – Walter Van Beirendonck

The designer opted to use a number of 20th-century glass display cabinets throughout the exhibit, “but I painted yellow, blue, red, green to get rid of that dusty museum feeling,” he explains. The fashion designs meanwhile are sported by mannequins, who interact with the exhibition as if attending it: “One is wearing a fantastic piece by Galliano for Margiela and she’s sitting on an African throne like a queen.”

The designer also approached three artists to create installations for the show: French photographer Charles Fréger, whose evocative series Wilder Mann explores folkloric tradition in Eastern Europe; Coco Fronsac, a French artist who paints masks over early 20th-century group photographs and American artist Brian Kenny, who has created prints for Van Beirendonck in the past and who spent 10 days painting a giant black and white mural for the show, “covered in mythical figures, who each wear a real mask”.

Meanwhile, many of the rooms are geared towards sparking a dialogue between the works themselves and their viewers. “There’s a beautiful work by the Belgian (Modernist) painter James Ensor, which I’ve put with a Basquiat and a Mapplethorpe,” Van Beirendonck explains. “It’s really nice to feel this clash of different moments in time and to really see these strong artists come together in a new way. I wanted people to walk through the show and discover all these different things which are seemingly contrasting but which are actually all connected in some way; I tried to create a kind of tension, a story, throughout.” In this sense, the designer explains, he approaches curation much like he does a new collection. “Storytelling is important to me in everything that I do, and in this case, I’m inviting people to join a conversation; to dive into the world of masks, with all its weird, wonderful and diverse characters.”

Power Mask – The Power of Masks is at The Wereldmuseum in Rotterdam until January 7.