Ahead of the worldwide premiere of Antonio Lopez 1970: Sex Fashion & Disco, director James Crump breaks down the illustrator’s revolutionary approach 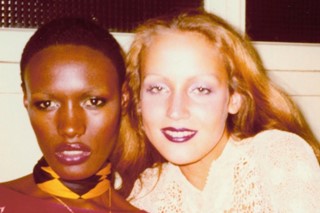 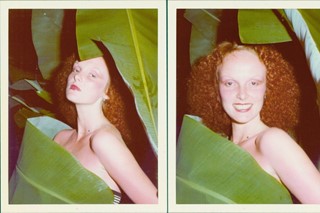 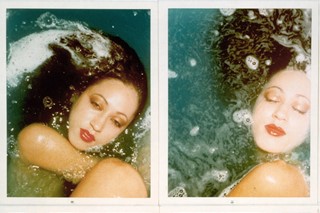 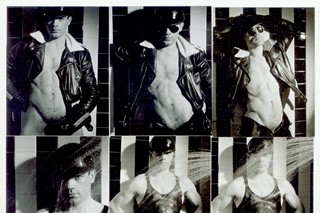 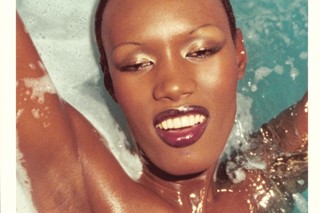 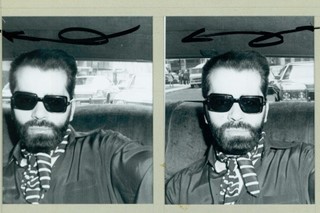 Deep in the mountains of Puerto Rico lies Utuado, built by Spanish imperialists nearly 300 years ago. It is here that Antonio Lopez (1943–1987) was born. The son of a father who crafted mannequins and a mother who made dresses, Lopez was a child prodigy who began to sketch at the age of two, revealing a gift that would revolutionise the fashion industry and prefigure the times in which we currently live.

At the age of seven, Lopez and his family moved to New York City, where he grew up living a double life, making mannequins with his father but playing with dolls out of sight. His burgeoning bisexuality would soon drive a wedge between Lopez and his family, inspiring him to create his own centered in his artist studio at Carnegie Hall.

As the civil rights, women’s rights, and gay rights movements made space for those who had been previously marginalized by the mainstream, Lopez and his creative partner Juan Ramos (1942–1995) introduced goddess-like visions of his muses to the world in the pages of Vogue, WWD, and The New York Times. His discoveries, known as “Antonio’s Girls” included Grace Jones, Pat Cleveland, Cathee Dahmen, Tina Chow, Jessica Lange, Jerry Hall and Warhol Superstars Donna Jordan, Jane Forth and Patti D’Arbanville – women who not merely beautiful but were extraordinary characters and artists in their own right.

In celebration of his glorious career, Antonio Lopez 1970: Sex Fashion & Disco, a film by James Crump, will make its world premiere at the BFI London Film Festival on October 12. The documentary charts Lopez’s rise from the streets of the Bronx to the pinnacle of the Parisian demimonde. As the dominant fashion illustrator of the late 1960s and 70s, Lopez arrived on the scene just as ready-to-wear came into existence, bringing his distinctive Afro-Latinx sensibilities into the mix.

Antonio Lopez 1970 brings us back to a pivotal period in fashion history when the aristocratic hierarchy of the couture houses was falling away. In its place, Lopez emerged with a vision so modern that he was boldly ahead of his time – James Crump reflects on the ways in which Lopez’s Afro-Latinx roots transformed the fashion industry.

HE STOOD FOR AUTHENTIC DIVERSITY

“We were lucky to get an interview with Bill Cunningham right before he died – this was the last interview he did. He was so generous and forthcoming, yet frank and unafraid to say some critical things about where we are today. Bill explains that as Antonio and Juan are rising to the top, it wasn’t about money – it was about creativity.

Today, there are a lot of people talking about inclusivity and diversity in fashion. For instance, this season has been called, ‘The season of the trans model’ but if you look at Antonio and Juan, they were advocating for this in the mid-60s. They saw what the future would be. Some of the things manifesting today are things that started with them. If you look at Antonio’s Girls, a lot of the fashion designers today, because of the political climate, are going for models that are diverse, women of color, and also they’re looking for models with personality who perform with a joyfulness. Those are the things that Antonio stands for and represents.”

HE WAS CONSTANTLY INSPIRED BY THE STREETS

“Antonio was turned on by what he saw on the streets. Being raised in the Bronx and Spanish Harlem, he was exposed to all kinds of street culture, both Latinx and Black. He spent a lot of time figuring out looks based on the materials that were available in the late 60s and early 70s from storefronts uptown or on the Lower East Side – not many of those shops exist today. He was very stimulated by New York City. There are many sketches that play off urban street culture inside the drawings themselves.

He sometimes got models off the street. He did it at 3am, with a male hustler he brought back to the Chelsea Hotel for a session with Charles James. He did it again in Paris, very early in the morning, when they were looking for models for the Karl Lagerfeld show. They found a sex worker on the street and put her in the show. Bill Cunningham described her as ‘a sensation.’”

HE EMBRACED THE SOUNDS OF THE TIMES

“Antonio’s music collection was huge: he had vinyl and mixtapes of all kinds of styles: funk, R&B, soul, disco, jazz. He had an interest in everything. For the film, we chose tracks that were part of his collection and played a role in his life. The Donna Summer song that closes the end credits is off an album called Love Trilogy and he played that incessantly – to the point Juan would get mad.

Antonio was obsessed with music and having that musical vibe in his life: Isaac Hayes, Curtis Mayfield, The Temptations, Marvin Gaye, Donna Summer, Chic. It was the sound of the street. Radio in New York City in the 1970s was really important. He was always sampling and taking things in.”

HE TRUSTED HIS INTUITION

“Antonio had this ability that he was born with that is very unique. It was something that was inside of him. You can’t train to be an illustrator like that. You either have it or you don’t have it.

It’s the same thing with Antonio’s Girls. It’s not enough to be pretty or beautiful: you have to have something more, something else that was going to turn him on. He intuited those things. Even the subjects themselves didn’t necessarily know: he was showing them these special traits that they had inside. That’s what made him this prescient visionary. He could see through things. There’s something paranormal about this as well.”

“There was a moment in the late 60s when Antonio was responding to what he considered to be blatant racism at Condé Nast. The editors running the magazines were far less interested in African American and Latinx models than they are today. There was an outright resistance to it. That was a huge impulse for Antonio and Juan to move to Paris in 1969. They had an opportunity to go there and the Parisians were far more open to women of color. They were searching for an opportunity after a response to a blatant racist attitude at the glossies in New York City.”

HE MAINTAINED HIS INDEPENDENCE

“Prêt-a-porter begins in 68 with Yves Saint Laurent but it doesn’t get serious traction until about 1970 and that has a lot to do with Antonio and his interactions with Karl Lagerfeld. Lagerfeld embraced this crew of street kids coming from New York and was trying to fix on something that was going to change the trajectory of his career. He was ten years older than Antonio and he was looking for the next thing. Antonio was the fuel and a catalyst and brought that traction to prêt-a-porter: making it more sexy and interesting, styling it and the runway. When we look back, it starts right there. I don’t know that he got the credit. There should be more awareness of his involvement of his role as a stylist, an arbiter, and a tastemaker.

“He wasn’t coming from the Beaux Arts or the fashion schools in Paris. He was coming from a more authentic, true space of himself, which embraced people for who they are” – James Crump

That’s not a phrase he would have endorsed but he was this person a lot of people looked up to – people who went on to be very famous and very rich. Antonio influenced designers like Kenzo, Kansai Yamamoto, Dorothée Bis, Karl Lagerfeld, Oscar de la Renta, and many, more, because he was on the scene. He wasn’t working exclusively with anyone. He was someone people were paying a lot of attention to and people were sampling him.”

HE WAS TRUE TO HIMSELF

“Antonio was younger than Andy Warhol, Karl Lagerfeld, and Yves Saint Laurent – his contemporaries. To some extent, what set him apart was generational. The other aspect is Antonio’s understanding ethnic street culture. He wasn’t coming from the Beaux Arts or the fashion schools in Paris. He was coming from a more authentic, true space of himself, which embraced people for who they are. With Antonio, there was much more latitude. He was not raised in the hierarchical culture that both Lagerfeld and Saint Laurent were raised in.

With Warhol, the difference was an attitude toward artmaking. Andy understood commerce as well as anyone did. He said, “The best art is making money.” That’s a completely different place than Antonio; he wanted to be recognised by his talents but he wasn’t driven by cash or getting rich. He wanted to live a creative and stimulating life.”