According to one vintage expert – and yes, you can buy them! 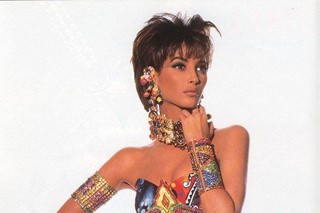 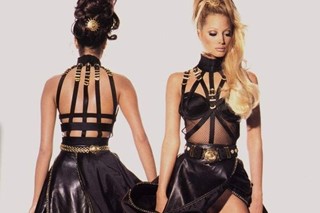 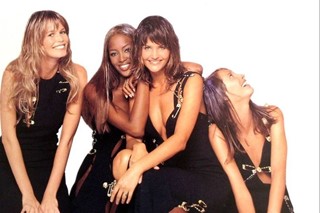 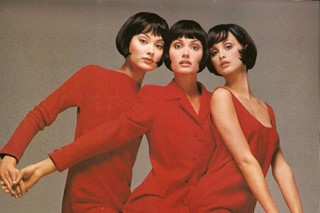 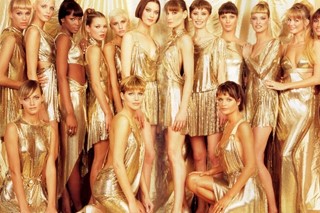 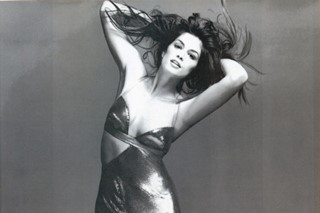 Fashion designers have rarely come as bold or as revolutionary as Gianni Versace, whose era-defining collections for the house that bears his name expertly straddled sexuality and power, ushered in the epoch of the “super” and transformed the fashion show into the pop-culture phenomenon that we know it today.

This year marks twenty since the designer was shot and killed on the doorstep of his Miami mansion. The tragic events have been obsessively chronicled in the time since – but, two decades on, and as Donatella has ensured that Versace remains one of the greatest labels in the world, Gianni’s life, and imprint on fashion, seem ripe for celebration.

But how best to pay tribute? Where many have tried, and failed (see – or don’t – Lifetime’s House of Versace, where the spirit of Gianni appears to Gina Gershon’s Donatella as a CGI butterfly) – William Banks-Blaney, the man behind luxury London vintage store William Vintage, is taking it to safer ground. Namely – the clothes themselves.

And these clothes are not reinterpretations or homages to Gianni’s designs – leave that to Donatella, who last month in Milan showed a collection based on Gianni’s archive in an emotional show fittingly ending with a quintuplet of supers walking to George Michael’s “Freedom”, as they famously did back in 1991. No, for Banks-Blaney – though he loved the tribute (“it was music to my eyes!”) he’s bringing back the originals – actual pieces that still exist from the era that Gianni worked.

Those pieces, part of an archive of over 500 garments, are now on sale on Farfetch, as the expert opens up what’s estimated to be the most extensive collection of vintage Versace in the world for the very first time. The archive charts the years that Gianni was at the helm of the brand, as well as a short period at Italian house Genny at the beginning of his career. “The few people we have shown the archive that know Versace, their jaws have dropped that we have so many iconic pieces.”

Here, Banks-Blaney picks the five Versace shows that defined Gianni’s legacy, and whose pieces can be found in the 500-piece archive.

“It’s this huge homage to the Sixties,” says Banks-Blaney of Versace SS91, known since as the “Pop” collection. “There’s this brilliant tongue-in-cheek, peek-a-boo, leggy, almost Carnaby Street feel to it.” More than that, though, it is a demonstration that exuberant prints came as second nature to the designer – ornate baroque swirls met slashes of leopard print and harlequin diamonds, alongside a riot of Irving Penn-shot Vogue covers, dotted across a shimmering bodysuit. Remember one print though and it’s likely to be the faces of Marilyn Monroe and James Dean, taken from the legendary screen-prints of Andy Warhol – something that Donatella would send down the runway once again sixteen years later. “It’s all about that Warhol moment,” says Banks-Blaney. “It’s not only one of most glorious prints possible but also that brilliant crossover between what is art and what is fashion.” Gianni worked with the Andy Warhol Foundation on those prints – setting a precedent for designers decades later; just this season, Raf Simons’ did the same for a set of prints for his SS18 Calvin Klein collection.

“I think that the Bondage collection is probably my favourite collection personally,” says Banks-Blaney of AW92’s Miss S&M, now more commonly referred to as the “Bondage” collection. For obvious reasons – this was Gianni’s playful take on tropes of fetishwear – namely: plenty of leather, studs, dog collars, harnesses and a lot of leg, with Gianni joking afterwards that “half of Manhattan is now walking around in a harness.” “I love it for that supermodel model moment,” says Banks-Blaney, “that moment of having the models of that time being so tall, with busts, and backsides and waists. It really made really you look at the woman.” At the time, though, there was a waft of indignation – critic Suzy Menkes said backstage, “I don’t want women to be sex objects or any of that… but, after all, women have a right to choose.” Now, Banks-Blaney sees it differently: “there are many designers that may have a question mark about whether they love women – but in every dress of Gianni’s you can see that he does. Even when he was sending the girls down a runway in a harness, it wasn’t about putting women on a pedestal.” Of the archive, Banks-Blaney says he has gathered together several pieces from this collection, including the iconic harness dresses, where strappy bondage-strapped bodices fall away into body-skimming eveningwear. “They are extraordinarily rare.”

“I think I loved it because I was from London and here was this designer, who was exotic and outrageous, referencing 1970s punks from Britain,” Banks-Blaney says of SS94. Naturally, the idea of the punk was whipped up into something entirely more glamourous – taking the safety pin and using it to hold-together barely-there dresses that split along the side seam revealing the models’ bodies beneath. Like that dress, worn by a certain Liz Hurley, a dress with the magical ability to turn her into an international star overnight. “There are people that have absolutely no recognition about fashion, but they would know that that dress was from Versace,” says Banks-Blaney. More than just a cheap thrill, he says it showed a designer with an innate understanding of what came before, likening it to the exposed panels of skin by hugely influential French couturier Madame Grès. And there’s a personal connection, too – “one of my first personal pieces was a man’s coat from the men’s Punk collection which sadly got stolen the same year – it was so sad!”

Memorable moment from Atelier Versace AW95: model Karen Mulder in a form-hugging vinyl dress with a ball-gown-shaped layer of clear PVC over-the-top, a demonstration of how Gianni could expertly meld together “good” and “bad” taste. “It’s an interesting collection for me, and it’s become really collectable,” Banks-Blaney says. He’s lucky that he’s found pieces from the collection – they’re “super” rare – the archive including the dress worn by Madonna in that season’s Mario Testino-shot campaign, here in red. “It’s really cool because they are single colour and sliced with Perspex – and really it’s testament that with this archive at least sixty percent of the pieces were shot in iconic images of the time, on Linda, on Cindy, on Claudia, on Madonna. They were used in the campaigns. It’s not watered down Versace – these are the really iconic pieces. And we’ve got them.”

“It’s slightly separate subject – it doesn’t quite fall into a collection but we have some really extraordinary Oroton pieces that span the twenty year period,” says Banks-Blaney. Oroton is Versace’s signature chain-mail – invariably in gold or silver – formed into incredible dresses that are made from links of hard metal, but drape with all the suppleness of silk. “It’s an idea that’s been around in the 1920s, and the 1960s, the 1970s – but Gianni made it his signature,” Banks-Blaney surmises. “There’s this hardness and sense of body armour, yet they move like water – they are a fitting tribute to the Versace woman.” Little wonder, then, that Donatella used five Oroton gowns to close out her recent Gianni tribute – the house “owns” Oroton, Donatella has said – hers worn by a slew of original supers: Naomi, Carla, Helena, Claudia and Cindy. Testament to the Oroton dress’ power? At the re-see of Donatella’s tribute the day after the show only three of the gowns remained – the rest were still “with their supermodels.”