Last night the Belgian designer presented his second collection for the New York label, exploring a darker side of Americana 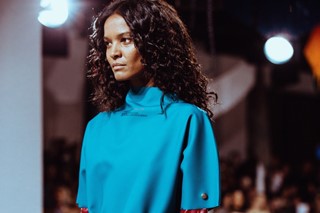 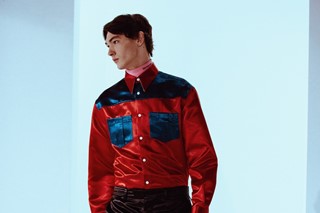 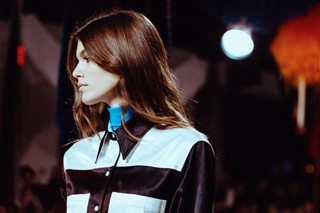 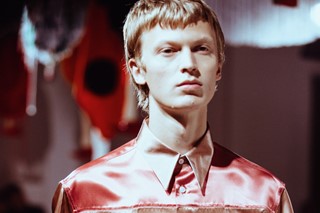 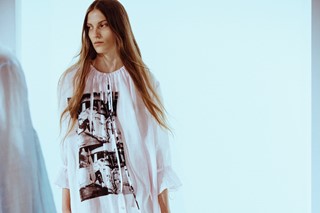 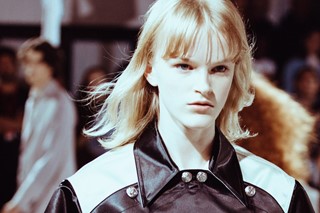 Last night Raf Simons staged his second show since taking over the role of chief creative officer at Calvin Klein. Combining menswear and womenswear once again, the collection continued to explore a darker side to Americana – paying homage to Andy Warhol, horror movies, cowboys and more. Here are the things you need to know about the show.

HIS MUSES WERE IN ATTENDANCE

Dazed cover star, Stranger Things actor and CK face Millie Bobby Brown was there, as was Moonlight’s Mahershala Ali – who featured alongside his castmates in the Spring 2017 underwear campaign. We all know by now that Raf loves David Lynch, so it was fitting that Twin Peaks’ own Agent Cooper was there, looking A+ in a Calvin suit. OK, OK. Sorry. It was actually actor Kyle MacLachlan. Bonus points to the Business of Fashion’s Tim Blanks for this picture.

THE SET WAS ANOTHER STERLING RUBY INSTALLATION

No surprise, considering Simons already enlisted the American artist for the last show and an installation at Calvin Klein HQ. This time, the ceiling was hung with giant colourful cheerleader pom-poms, streamers, flags, buckets, and some more sinister additions – like sharp-looking axes. Shotgun not sitting under that seat.

The opening looks were a clear nod to those modernist cowboy shirts which opened the show last season – only this time, they were in shiny satin. This sense of going back to what he did last season and pushing it further was a key theme – the denim looks had been printed with paint, the leather was colourful (and resembled a Sterling Ruby painting), and those feather dresses were transformed into something bigger, fringed, and more chaotic.

KAIA GERBER MADE HER DEBUT

Decades after mum Cindy Crawford hit the runway for Calvin Klein, it was the turn of her daughter Kaia Gerber to make her debut – both for the brand and on the runway. As Crawford watched from front row she walked wearing one of the cowboy shirts from last season, this time updated in satin – with yellow satin trousers and a giant pom pom hanging from behind.

THERE WAS A COLLABORATION WITH ANDY WARHOL

Following his successful collaboration with the Mapplethorpe Foundation for his own label, Simons teamed up with the Andy Warhol Foundation, printing shirts, bags and dresses with some of the artist’s more twisted works – “Knives”, “The Ambulance Disaster” and “The Electric Chair”. There were also prints of Dennis Hopper circa counterculture classic Easy Rider (1971). By the looks of one post on creative director Pieter Mulier’s Instagram, some Warhol tees may be coming sooner than you might think...

Ok we’re going to go there – those latex gloves, the hanging axes, the nylon bin-bag couture gowns? Not to mention the choice of Warhol prints. There was a definite amount of darkness to the collection. Hardcore Raf fans might have been reminded of the press release he distributed back for his own AW14 show – a list of all his inspirations, from Nightmare on Elm Street to American Youth and Horrors. This show saw him continue those obsessions – or as he put it backstage “American horrors, American dreams.”