Designer Kiko Kostadinov has always taken inspiration from industrial workwear in his use of fabrics and shapes. Now, for a Dover Street Market capsule collection, he is taking it one step further – using wooden frames, staple guns, and black paint to create unique hand-painted shirts.

The Bulgarian-born, London-based designer gained a cult following before he even graduated from Central Saint Martins, creating two sell-out capsule collections with Stüssy. With a further two London Fashion Week Men’s collections under his belt, and having recently been announced as one of the emerging designers to receive NEWGEN support for the second year running, it’s clear Kostadinov is one to watch.

For this new collection, 00022017, the designer’s approach has been influenced by artist and urban activist Theaster Gates’ book My Labour is My Protest. Gates took a number of everyday objects associated with labour: fire trucks, buckets, power hoses, and partially covered them with tar as a comment on protest.

“Most of my time is occupied by directing people, emails and meetings. Going back to doing something by hand is a really good meditation process for me” – Kiko Kostadinov

Kostadinov first became aware of Gates five years ago, when the artist was restoring a historic abandoned house in Kassel, Germany. Once completed, the house became a place for a variety of performative and social events. He was fascinated by the transformation: “The DIY approach made the house unique in every aspect, walking around it was inspiring in a sense that you could mix craft and taste to create something modern and provoking.”

The designer cites Gates’ use of tar (referencing his father’s craft as a roofer) an important source of inspiration. Kostadinov is very close with his own carpenter father, having worked on building sites with him since he was 15, and has heavily referenced this history of physical craft and labour in his past work, focusing on uniforms and workwear. Aesthetically, he found this environment influential: “It was interesting seeing all the clothes having very specific functions and uses,” he recalls. “I knew that I want to subserve this idea of modern utility into something more elegant — where you can’t tell directly the starting point.”

In this collection he has used skills he learned from working with his father – a video (shot and directed by filmmaker Bafic, who made it onto this year’s Dazed 100, and Dazed art director Jamie Andrew Reid) shows the very physical, hands-on method used to transform each shirt into a unique piece. The shirts almost seem to be assaulted throughout the process – pristinely white when taken out of their plastic coverings, a line of tools and a wooden frame awaits them. They are then scrunched, wrapped and tied tightly around the frames before their twisted forms are daubed in black paint. However, once dry the shirts are carefully unbound to reveal the unique patterns Kostadinov has created.

These hand-crafted techniques are something that can often get lost, not just in modern design, but our culture as a whole, something that Kostadinov recognises. “I’m so busy right now and most of my time is occupied by directing people, emails and meetings,” he admits. “Going back to doing something by hand is a really good meditation process for me. Especially when the garments are one-off pieces, where the word mistake doesn’t exist. It helps me to escape from the operation-type work that I need to do and be more instinctive and naive. Later on, this helps to inform the rest of my work.”

The collection will be on display in an installation at Dover Street Market New York until May 4. 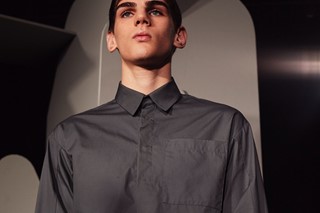 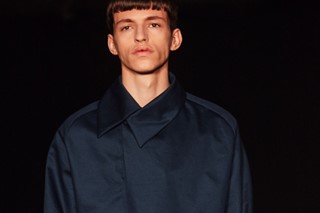 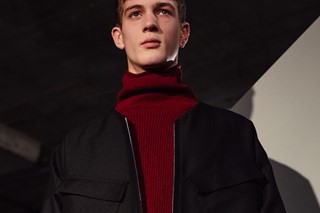 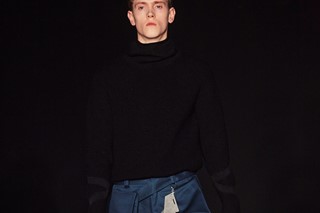 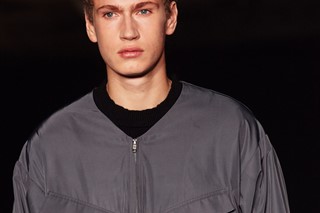 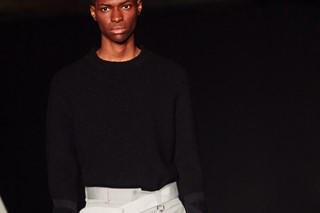