Ahead of her retrospective at the Met this year, Rei Kawakubo puts on a truly stunning show 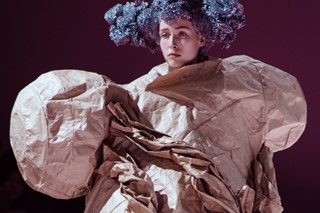 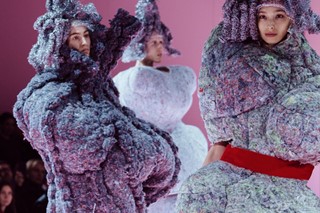 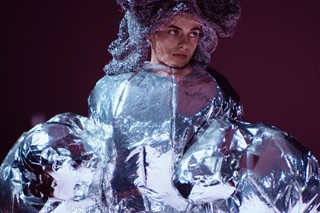 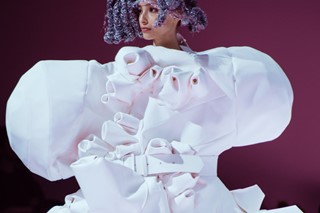 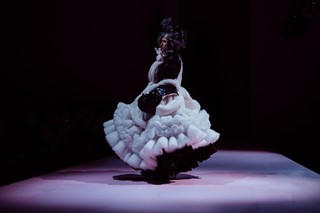 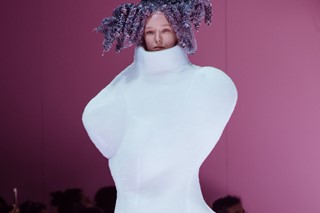 Rei Kawakubo is set to be honoured at the Metropolitan Museum of Art’s Costume Institute this Spring with a retrospective exhibition, an honour only previously bestowed on one other living designer – Yves Saint Laurent. Since stunning audiences with her transgressive Paris Comme des Garçons debut in 1977, Kawakubo has pushed fashion to new extremes, having mastered the art of creating clothing which is powerful, emotive and sculptural, alongside running a successful business empire with Dover Street Market.

Yesterday in Paris, Kawakubo proved once more why she’s such a worthy subject for the exhibition. The phrase used to describe this collection (she famously only gives a few words per show) was ‘the future of silhouette’, and the clothes presented took familiar expectations and ideas of female silhouettes and offered a radical new proposition in their place.

The show opened with two models dressed in towering white looks (without sleeves or arm holes, both of which are not strictly needed in a Comme show dress), and went on to include wildly sculptural dresses made up of fabrics which were repurposed from their original contexts. There were two looks made of what seemed like silver insulation material, one created from cardboard, and another made up of offcuts of the padding which cushions carpets. All were topped off with wigs made of steel wool by longterm contributor Julien d’Ys, and shoes including custom Nike trainers. Like the famous ‘lumps and bumps’ collection of SS97, the body was warped beyond recognition by protruding bulges of fabric throughout.

Finally, model Anna Cleveland appeared in a gown made of leather and strips of foam, closing a show which demonstrated perfectly why Kawakubo is without doubt one of the greatest living designers today. Click through the gallery above to see all the images, and stay tuned for coverage on the upcoming exhibition.