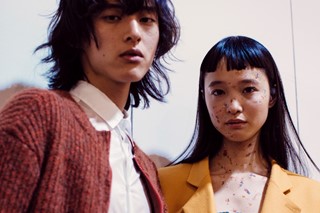 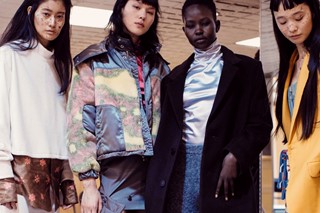 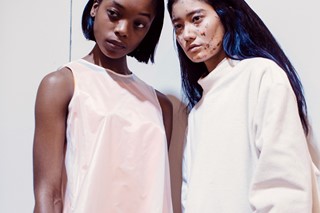 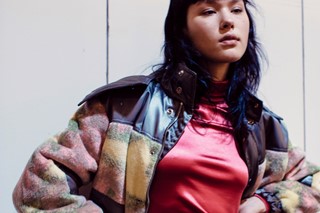 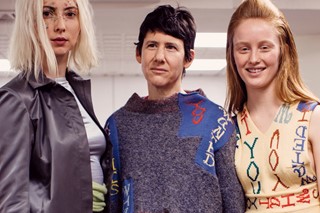 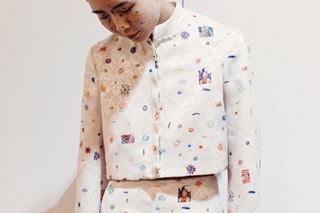 For the last couple of years, New-York-slash-LA-based design duo Eckhaus Latta have pioneered the Nodel – aka the non-model model – with their fashion week runway shows. They’ve previously tapped the likes of Dev Hynes, Juliana Huxtable, and Bjarne Melgaard, and last night’s event at NYFW was no exception to their agency-eschewing tradition. The surprise casting of the night was none other than longterm Dazed contributor Collier Schorr, who took to the runway in a patchwork knit decorated with the words of Leonard Cohen’s “Is This What You Wanted”.

Schorr is behind some of our most recognisable recent cover shoots – including Winter 2016’s Stranger Things special, starring Finn Wolfhard and Millie Bobby Brown, as well as shots of last year’s stars Zayn Malik and Sky Ferreira. Beyond that, though, she’s also a celebrated fine art photographer, and one of the few who so successfully straddles the two universes.

Speaking of her influences in a previous Dazed interview, Schorr described her first encounters with fashion. “I consumed a lot of fashion imagery when I was a kid because I was in search of women to fall in love with,” she explained. “I saw them mainly in fashion magazines. For me, a W magazine foldout of Leslie Winer photographed by Newton for Valentino was perhaps the clearest articulation of what I wanted. Or a DKNY ad of a woman that had really long hair but she was wearing a suit. It was a democracy that didn’t really exist in 1981 in New Jersey.”

At the show, which included nostalgic florals, homespun knits and homely puffa fabrics, Schorr was joined on the runway by superstylist Camille Bidault-Waddington, as well as more regular Eckhaus creative family members like Alexandra Marzella, India Salvor-Menuez, and filmmaker Julian Klincewicz, who has previously captured the brand’s show in his signature style.