When it comes to the contemporary fashion landscape, Hood By Air stands alone. Since rising from the dancefloors of New York’s queer ballroom scene a decade ago, it’s occupied what might be seen as a paradoxical space – its graphics were soon seized upon by the hip-hop and streetwear communities, while its in-your-face subversion (think inviting fashion press to see the latest collection in sweat-drenched gay Parisian sauna) and conceptual power had it win a place amongst other esteemed labels and earn a runner up LVMH prize worth €100,000.

So as you might imagine, being backstage at a Hood By Air show isn’t exactly like your average fashion week look behind the scenes. Take SS17, which hit the runway in NYC in September – and was captured by photographer and filmmaker Joshua Woods. Sure, there are the usual racks of clothes, the models, and the hair and make-up teams.... but then there were the underground heroes like artists Susanne Oberbeck (aka No Bra) or photographer Wolfgang Tillmans. Not to mention the fact that they’re in clothes complete with the Pornhub logo, getting lube-like Vaseline daubed thickly on their faces, and that a purple-haired Ian Isiah is running around causing chaos taking over the @dazedfashion Instagram story.

Watch the film above. 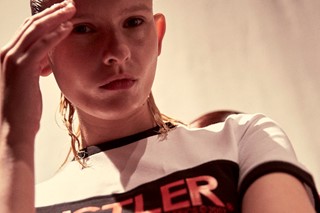 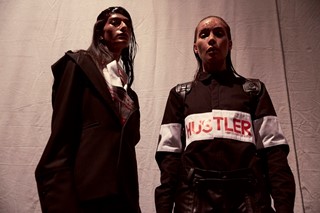 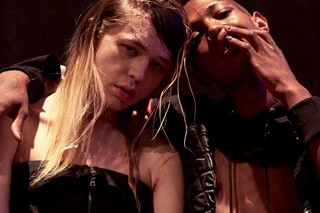 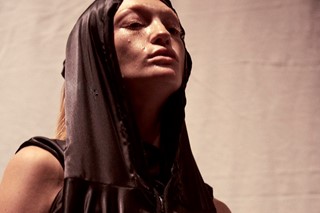 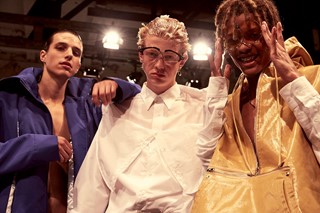