Finnish designer Daniel Palillo is injecting into the world of fashion a healthy dose of dark humour through his funny yet melancholy designs. 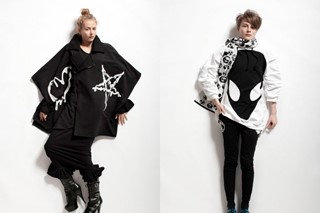 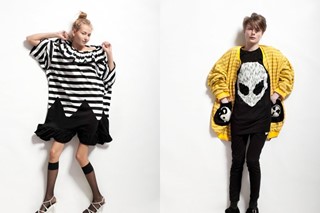 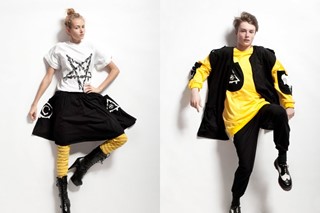 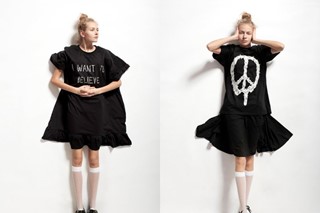 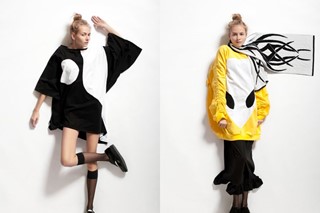 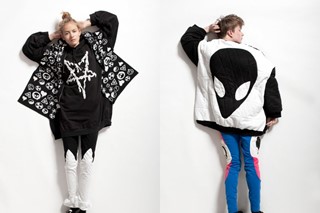 Finland is a relatively young country when it comes to fashion. Marimekko definitely put it on the map, yet Finland doesn’t really have a proper and consolidated fashion tradition. Things are changing, though, thanks to a new generation of talented and innovative designers and to new platforms such as the Design Forum that launched interesting projects to bring together exciting artists and designers and present to the rest of the world exhibitions showcasing their work.

Born in Finland from an Italian father, Palillo studied at the University of Art and Design Helsinki and is now in his twenties, but he caught the fashion bug relatively recently. “I never wanted to be a designer,” he states. “I was at High School when I started being more interested in clothes and began designing, but before then I was never interested in fashion.”

For a while Palillo worked as a buyer for Tomi Heikkilä’s Helsinki-based shop Wunder. Founded in the summer of 2006, the shop is considered as a mecca for Finnish fashionistas as it sells collections by cult labels and designers such as Marjan Pejoski, Natalia Brilli, Kling by Kling, Rick Owens and Gaspard Yurkievich. Palillo doesn’t work at the shop anymore, but left to concentrate on his own work. “There is a fashion scene in Finland, and it’s really small,” he says, “yet I find it’s really important for me to be here as I love the place and Finland inspires my work.”
His home country may be one of his inspirations, yet major influences and sources of ideas are different styles of music and his own life. “I first started making clothes that I could use myself and designed only menswear,” he recounts, “then girls started buying my designs and I began working on womenswear as well.”

Palillo’s S/S 09 collection is characterised by black, white and grey prints on oversized monster-like shirts and tops, and was inspired by ice hockey players and sailors. “The collection is really huge, there are around 40 looks in it,” he explains, “I didn’t find it difficult to design all these garments as I always do things I like and I usually work doing clothes mash ups, mixing lots of things together, but the most difficult aspect was making the samples.” Black and white are also the main colours of Pallillo’s A/W 09 collection: entitled “I Want To Believe” the collection for the next season also features splashes of bright yellow and blue, a few stripy designs and big prints of enigmatic alien faces and random stars and hearts and oozes a sort of humorously dark happiness. “The new collection is a mix of Charlie Brown, various symbols and UFOs,” he says, “I usually make clothes that people can wear, as I think there’s no point in making designs that can’t be worn.”

The designer also has a connection with the art world: last year he did an exhibition with Swedish Rickard Lindqvist at the O3one gallery in Belgrade, Serbia. “We exhibited photographs and clothes and also did a workshop at the local art university, it was really interesting,” he comments. Palillo recently created a few pieces of jewellery with industrial designer Lauri Johansson, “We decided to work together and came up with a bracelet and a couple of necklaces,” he explains about the project, “it was exciting working with him and I’d like to collaborate with more people in the future and maybe do also shoes, that would be amazing!”

In the meantime he is busy working on his designs and displaying a rather pragmatic approach to what will hopefully be a successful future, “I never plan anything,” Palillo claims, “I just keep on working hard, doing what I think deserves to be worked on. I don’t want to stress too much, I just like working in a relaxed environment and not think too much.”
Read More