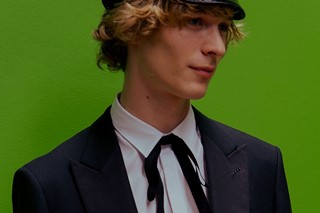 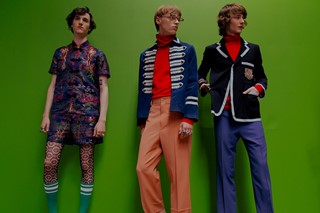 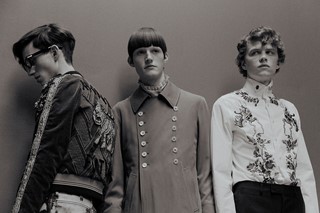 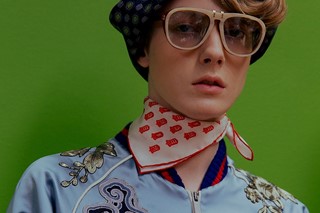 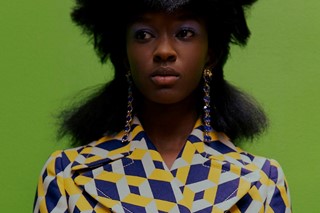 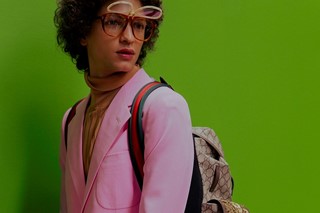 Yesterday, Alessandro Michele debuted his latest collection for Gucci. Inspired by travel – both real and imaginary – it saw sea creatures decorate suiting and mythical monsters snake across furs. The traveller, as the quotes from writer Claudio Magris dictated on the press notes, is able “to collect as many existences and stories as possible” – and, in a sense, this is what Michele does at Gucci.

Through his clothes, people can be transported to other worlds, times and cultures – whether ancient China, or Michele’s own childhood (as evidenced in this season’s unexpected Donald Duck motifs). “I know that my language (can be) always the same,” he admitted backstage after the show, making reference to his now-ubiquitous design signatures. “But it’s like a mantra for me, it’s the way I live. I always try and keep the beautiful things from my life, so I put everything inside.”

Of course, the collection was rich with those beautiful details: embroidered silk bomber jackets, intricate animal motifs woven into knitwear, William Morris-style florals. We sat in a sumptuous, velvet-lined space, models walked out onto a colossal snake carpet, and everything was covered in a delicate mist; it was experiential fashion at its most luxuriant. But while these elements offer little surprise – by now, we’re all accustomed to this new Gucci grandeur – there were some additions to Michele’s design lexicon: military-style tassled epaulettes, and a sense of the Edwardian present in a button down double breasted coat worn with knee socks.

“I know that my language (can be) always the same. But it’s like a mantra for me, it’s the way I live” – Alessandro Michele

But perhaps one of the most interesting (and relatively unacknowledged) elements of the collection was transmitted through the more casual pieces. For the Cruise 2017 men’s collection, Michele debuted a brilliant Gucci t-shirt – a plain white tee printed with the house’s logo with its signature green and red stripe. A legit item that looked like a bootleg, it tapped into the same ideas as his collaboration with graffiti artist Trouble Andrew, aka GucciGhost, for AW16, when bags were spray painted with the word ‘real’ above the house’s name. (The artist was back this season, enjoying the show in one of his own custom jackets).

While much of the collection was a heady mishmash of the past, the focus of these pieces was on the future – a word scrawled across a t-shirt, and which appeared in the now-familiar black letter font on the chest of a hoodie (layered over a tiered floor length lace dress, naturally). There was even a pair of black basketball shorts bearing the word ‘loved’, as the aforementioned ‘knock off’ tees.

Few labels have mastered the art of including both couture level detail and street ready pieces in their collections, but there’s a lot of sense in it – the rise of ‘it’ items like Vetements t-shirts have demonstrated that there’s real value in the pieces that would have once been considered basics. In a year and a half, Michele has turned around Gucci’s fortunes, making it one of the most in-demand, talked about names in fashion. Yesterday’s collection wasn’t an about-turn, but it demonstrated one thing very well: while he may be obsessive about history, he’s clearly got his head very firmly in the present.