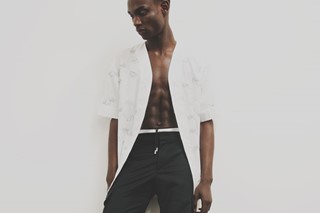 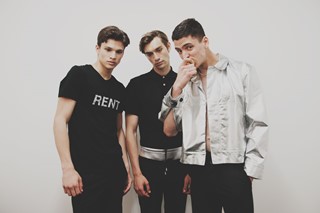 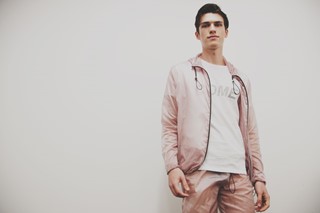 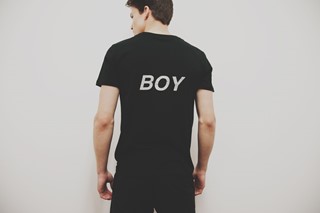 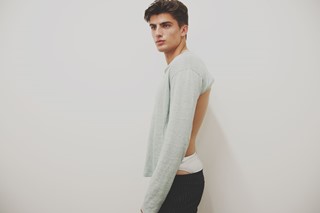 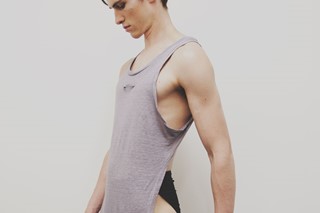 Last season, J.W.Anderson did the (almost) unthinkable and, throwing taboo to the wind, partnered with gay hook-up app Grindr to stream his AW16 menswear show. It was a statement that was brilliant in its frank acknowledgement of 21st-century gay culture, and this LC:M, fashion’s bright young menswear designers continued to blaze that trail. They used collections as a space to openly explore their own queer identities and communities, including the ways that, as London’s legendary gay nightlife venues disappear from our streets, digital communication becomes the norm.

One such designer was Charles Jeffrey, the unapologetic talent bringing a celebration of gender-nonconformity and a life of colour, freedom and celebration to the catwalk. Famed for his riotous East London club night Loverboy, this season Jeffrey also looked at the darker side of partying. “I always saw the show as being in three chapters,” he explained backstage. “This idea of ascendance, this idea of chaos, tension, and anxiety, and the comedown.” With the rise of Chemsex, drugs and physical intimacy often come hand-in-hand on the gay clubbing scene, and while for AW16 Jeffrey focussed on the high, this time things took a darker turn. Models walked to the sombre sound of a chiming clock, against a twisted montage which included a man curled in the foetal position and other imagery that winked towards sweat and sex.

Sebastiaan Pieter riffed on similar ideas. Upgrading last season’s ‘CRUISE’ sweater, for SS16 the Dutch designer made further reference to gay male slang terms, with t-shirts reading ‘chill’ at the front and ‘out’ at the back, as well as ‘rent’ and ‘boy’, ‘come’ and ‘down’. With cult gay film Hustler White cited as a reference, exposed flesh ran throughout, revealing muscular backs, hip-bones and legs – meanwhile, models made eyes at each other through white billowing curtains, as if searching for a pick-up. Embroidery referenced the work of gay visual artist Félix González-Torres, with imagery of sweets next to pills (Pieter’s addition).

“The sweets come from Torres’ work, and represent the body of someone suffering from AIDS,” Pieter explained. “His work was very much about gay culture at the time, and I wanted to combine that candy with the pills: what I feel gay culture is about now. Both the party scene but also the medication that is advancing AIDS treatment. (The pills) say 701, which is PrEP” – a drug used for HIV prevention (not in use by the NHS, despite its incredible effectiveness).

“There's lots of stuff about queerness and how queer identity is so special, different. It's very personal” – Rory Parnell-Mooney

Elsewhere, Christopher Shannon sent his models down the runway in “slightly seedy” Mapplethorpe-inspired denim, worn away at the crotch, to a soundtrack of Sylvester – the singer and HIV and AIDS activist who died of AIDS-related complications in 1988. “I saw a really good documentary about Sylvester the other day,” Shannon shared. “Everyone seems to be talking about the fallout from AIDS for the first time ever and I just thought that Sylvester should be given a nod to, really.” It was refreshing to hear a designer directly reference iconic gay figures lost to AIDS, especially during a period dubbed the ‘second silence’ – where the current social conversation on the disease is almost nonexistent. 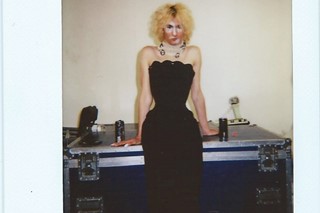 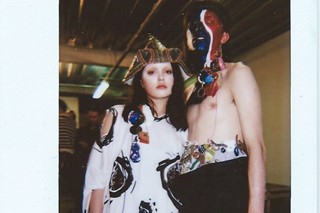 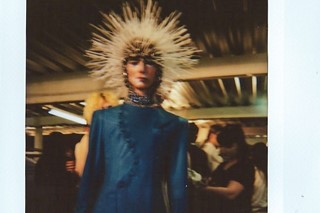 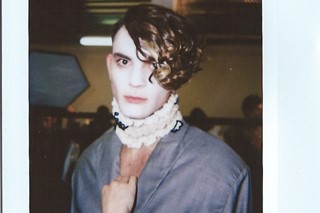 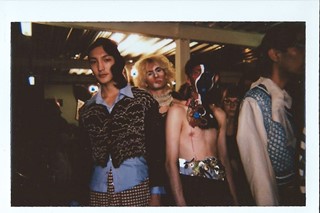 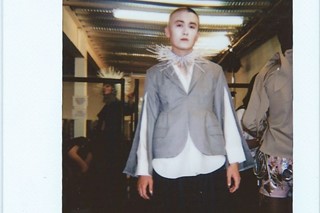 There were more references besides those of Jeffrey, Pieter and Shannon. Chinese born and raised designer Xander Zhou explored hook-ups, and dominance and submission through PVC and leather, with t-shirts which read ‘Right Now’ – a popular phrase which comes under the ‘looking for’ section of a Grindr profile. Cottweiler continued to explore the fetishisation of the ‘scally’ aesthetic within gay culture with see-through shorts and bare chests paired with caps, while Rory Parnell-Mooney focussed his collection on the phrase ‘Schön Von Hinten’ – German queer slang which translates to ‘Nice from behind’. “There's lots of stuff about queerness and how queer identity is so special, different,” he said of the collection. “It's very personal.”

Whether referencing drug use, PrEP, Grindr, our losses to HIV and AIDS, or queer identity and sexual fetishes, this week’s shows proved that London’s young menswear designers are being more refreshingly candid than ever when it comes to using their platforms to interpret the politics of sexuality. As Pieter explained of his references, “What’s relevant in my life I want to talk about, communicate about.” It is, of course, a terrible, tragic coincidence that such explorations should happen on a weekend where the extent to which LGBTQ+ identities are under attack was made devastatingly clear. In the time since the Orlando massacre, many have taken to social media to share images that express unflinching pride in queerness. As these collections showed, there is power and beauty in owning and celebrating the complex nature of gay identity. 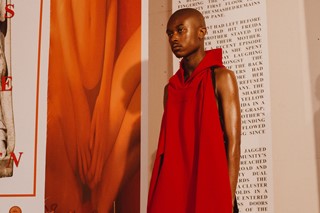 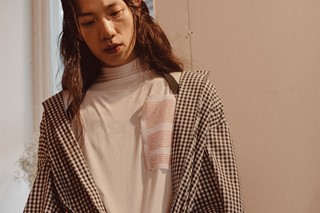 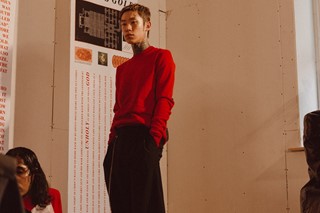 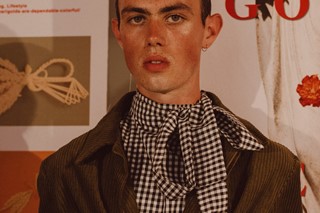 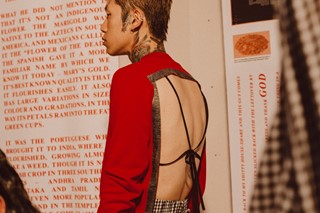 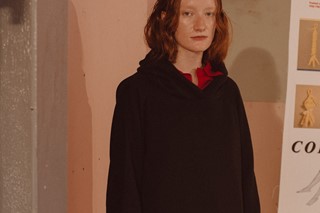