The RCA grad opens up about his SS17 collection, debuted at LC:M this afternoon – the day after his graduate show 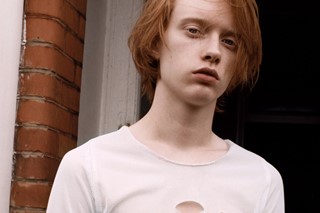 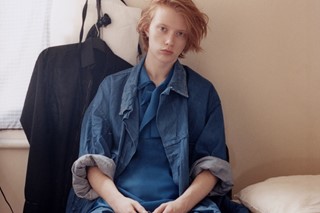 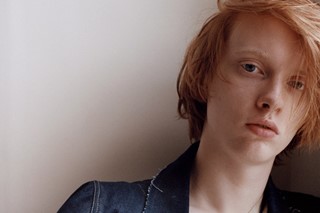 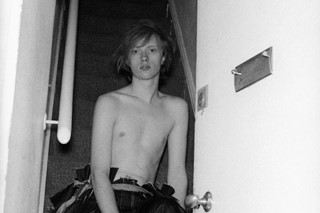 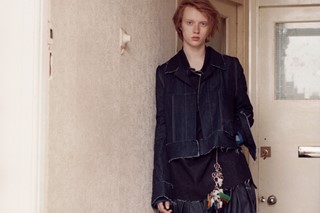 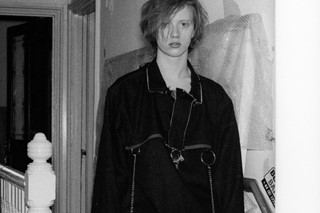 This feature is part of a series of collaborative content brought to you with help from our friends at 1 Granary.

Not many students will make their debut on the London Collections: Men catwalk the day after showing in their graduate shows, but that’s what Per Götesson did this afternoon on the MAN catwalk. Fresh out of his MA at the Royal College of Art, the Swedish-born designer, who described ending up at the school as a “lucky coincidence,” was quickly snapped up by Lulu Kennedy and her team at Fashion East.

Originally from Småland in Sweden (which literally means “small land”), Götesson moved to London for his post-graduate degree after completing his BA at Beckmans College of Design. Having worked as a design assistant at Cheap Monday, Götesson understands the science of simplicity and the formula behind the no-fuss, no-frills approach for which the brand is so well known.

Götesson cites the everyday as his main inspiration, seeing it not as mundane, but as the driving force behind his creative endeavours. “People think fashion needs to have these intellectual values added to it, but it’s already there. You create it with your hands.” It’s with that same principle that Götesson believes fashion should neither be seen as art or compared to art – “fashion is fashion and it’s valid enough.”

Function is championed beyond process or product, so the core of Götesson’s efforts resides in the fact that his pieces will be worn and will be useful. Being commercial does not have to mean a loss of creative integrity, but rather the uncomplicated fact that clothes are designed to be put on the body. It sounds simple. It is simple. For Götesson, that’s good enough. Here, the designer opens up about the functionality and “fucked-up” romance of his designs, and why he thinks the world ‘masculine’ is so archaic.

Can you describe your aesthetic in three words?

Per Götesson: Casual, sensual and a little bit fucked up. There’s also something very romantic about it. It’s important when I make stuff that I feel an attraction towards what I make.

Your RCA project in January was entitled ‘Poetical Functions.’ Does this collection fit into that ideology?

Per Götesson: ‘Poetical Functions’ was about wearing objects visibly on top and I still have that, but it’s much more subtle and done in a different way this time. I don’t necessarily construct around encasing stuff.

What interests you about functionality?

Per Götesson: There was one point when I was very experimental and didn’t think that much about mobility or functionality. But I think when you start to look properly, you learn about how people actually dress. It takes time and skills to really learn how to appreciate normal stuff. You have to dedicate yourself to proposing something. All the great designers, like Coco Chanel for example, proposed functions: that’s designing in a really pure form. That’s what I am trying to do – I don’t want to alienate people.

Is there anything else that inspires you? A particular period perhaps?

Per Götesson: Just looking at people every day. It’s so much more inspiring just to look at different people everywhere, for example looking at what people are wearing right now. I don’t like the idea of going somewhere specific to look for something – I’ve always thought that’s kind of like you’re lying. I always feel a bit dirty when I feel nostalgic and instead of thinking about what is coming next, I am always thinking about now. I don’t think there’s a better era than the current one.

Who is the Per Götesson man?

Per Götesson: A little lost boy, a sensitive one.

Do you plan on having your own label or working for a house?

Per Götesson: I think I would always try to do my own thing and then potentially do something that is more like a concept brand: like just a t-shirt and jeans brand. That would be really interesting, but in a couple of years maybe. I’m not really into the idea of going into a house.

“(My aesthetic) is casual, sensual and a little bit fucked up... It’s important when I make stuff that I feel an attraction towards what I make” – Per Götesson

I know that you particularly like the work of Martin Margiela and Ann-Sofie Back. What is it about them that you’re attracted to?

Per Götesson: I appreciate Martin Margiela and Ann-Sofie Back because they both saw problems and had questions that they explored with their designs. I always appreciate people who are really looking and are really aware of their surroundings.

What was your experience of working at Cheap Monday under Ann-Sofie?

Per Götesson: Good, I really liked it. I didn’t really enjoy doing flat technical drawings every day but I really enjoyed working with Ann-Sofie and the team. I think that’s where I learned how to really look at clothes because there it’s just jeans and t-shirts. It’s just basics, but it’s so much work to get a t-shirt right because you’re expected to sell to so many people, so it has to be pretty perfect and very cheap as well. It’s difficult.

You’re about to launch a menswear collection. Do you think you’ll incorporate women’s at some point?

Per Götesson: For now it’s menswear because when I design I just think of a guy. But all my girlfriends dress the same way as I do anyway, so I think I would definitely want to do womenswear in the future. But I don’t have anything in mind now.

I read that you think the word ‘masculine’ is out-dated. Can you tell me more about this? What do you think about gendered fashion weeks?

Per Götesson: Yeah, I don’t understand where you would use that word. I wouldn’t use it for anything. Menswear is a growing market, so I guess there’s a business reason, but I don’t see why they should be separate. It’s about expression and ideas. I think it would be beneficial to put them together. What has been so successful with menswear is that you have these real characters that people can relate to and with womenswear I think it has been standing still for a bit. Both could benefit.