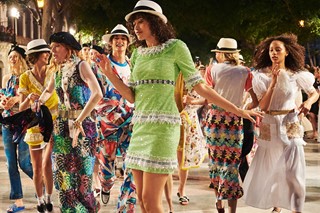 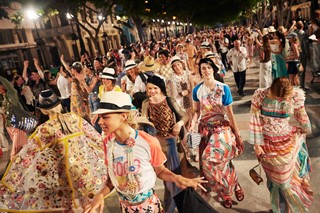 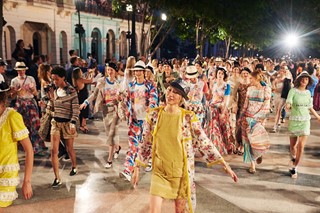 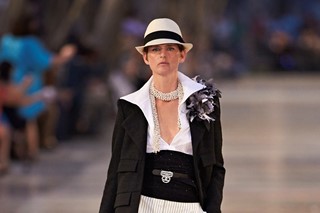 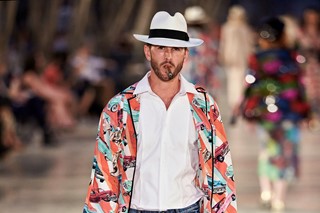 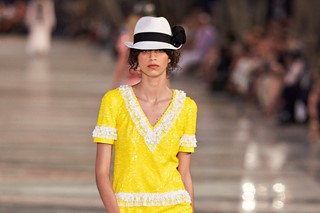 Apparently Karl Lagerfeld is a fan of Latin music. Not only that, he was once a cha-cha and tango champion, according to WWD. It was this genre of music that soundtracked Chanel’s Cruise 2017 show, staged in Havana, Cuba earlier this week. “(It’s) beautiful in a way, even if it’s a little neglected,” Lagerfeld said in an interview with WWD, speaking on the Carribean island. “The colours, the cars, there’s something very touching about it. Cuba is like nothing else in the world. It has an identity I love...”

Yesterday’s was the latest in a series of Chanel Cruise shows staged in exotic locations around the globe – from Salzburg to Seoul, Dallas and Dubai. With Gisele Bündchen, Vanessa Paradis and Vin Diesel (who is in town filming The Fast and The Furious 8 in Cuba) on the front row, androgynous beauty Stella Tennant opened the show wearing a boyish look of pinstripe trousers, brogues and a tailored blazer.

Tennant was followed by a string of the industry’s most in-demand faces (including Dazed cover girls Rianne van Rompaey, Lineisy Montero, Molly Bair and Binx Walton) modelling a collection containing references to Cuba. Along with a cigar-smoking male model, the show saw Che Guevara-style berets, t-shirts emblazoned with “Coco Cuba” and a cartoon-ish Cadillac car print. “The collection is an idea of a chic and modern Cuba,” Lagerfeld said. “It’s easy pieces.”

Head to the gallery above to see pictures from the show.