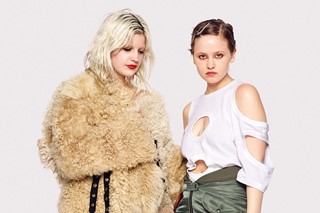 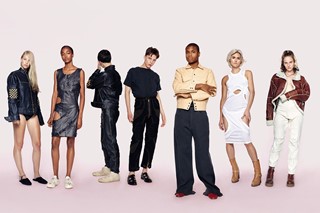 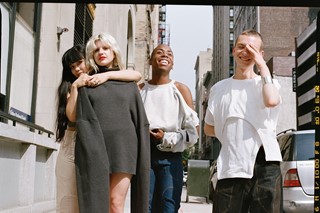 Dazed 100 stars Grace Wales Bonner and Vejas are among the 23 shortlisted nominees for the inaugural LVMH prize. Now in it’s third year, with Marques Almeida and Thomas Tait as previous winners of the accolade, whoever eventually picks up the prize will bag their label a €300,000 cash injection as well as a year’s worth of mentorship. Over its – relatively short – three year existence, the prize has garnered a strong reputation for not only nurturing emerging designers but also for offering the next generation of talent a rare opportunity to grow their business amongst an increasingly turbulent fashion industry.

This year’s application process saw more than 1,000 entries from over 50 different countries apply, with six menswear designers and eight Asian designers from Japan, China, and for the first time Malaysia making up part of the nominees. The 2016 list additionally sees Copenhagen-based MAN alumni Astrid Anderson nominated for the prize for the second time, alongside Fashion East’s Caitlin Price and creative duo Cottweiler.

Also in the running is Matthew Williams’ New-York-based brand Alyx, with the former creative director for names such as Kanye West and Lady Gaga fast establishing himself as not only one to watch, but a positive example of how rejecting the traditional fashion system can quickly pay off. Telling Vogue of his shock at the nomination, Williams says, “I am truly humbled by this recognition, and quite shocked. With the debut of my collection last year in September, I fulfilled a dream of mine but never imagined that something like this could happen.”

Of the prize’s multiplicity and across the board representation of different design talent, Louis Vuitton’s executive vice president Delphine Arnault says, “Men’s fashions remain well represented and streetwear continues to make a statement without calling into question the high tradition of women’s ready-to-wear. As a leader in the industry, it is the LVMH Group’s responsibility to identify and help young designers grow.”

The nominees will now meet with a panel of 41 international fashion experts, who will then whittle down the designers to eight finalists selected in early March. View the full list of nominated designers here.