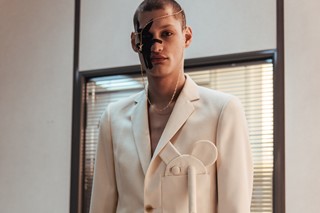 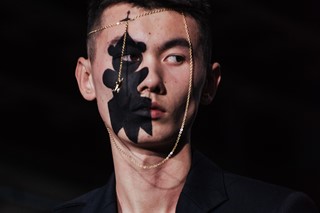 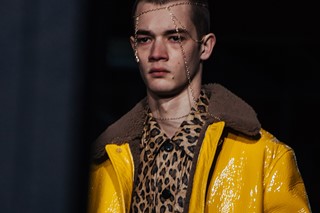 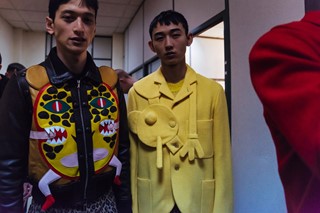 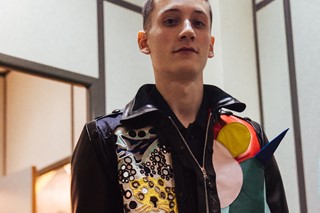 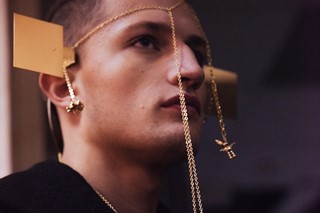 This season, Walter Van Beirendonck was angry. Speak some Flemish, and you could read it in the name of his AW16 collection, WOEST (translation: furious), which was even emblazoned across one polyurethane jumper. “I really wanted a very strong name for the collection which is expressing how I feel today,” he explained backstage. “I’m angry, furious about what’s going wrong in the world. I think in the last year it was going from bad to worse. And you see all the problems with the migrants, the terrorism…it’s almost too difficult to handle, and I think it’s really high time that people who are guiding the world stop all this.”

It was only last year that Van Beirendonck sent plastic vests with slogans such as “Stop terrorising our world” down the Paris catwalk, a few short weeks after the Charlie Hebdo shooting that left twelve dead. “I brought back this slogan because of what happened in Paris two weeks ago,” he told us at the time. “Initially, I didn't want to make statements but when you see what is happening in the world, you must react.”

This season, and in the shadow of yet another terrorist attack on the city, he returned to those words, which appeared on an embroidered patch beneath the show’s title. The rest of the collection was less literal, but it clashed with the cuddly and familiar with the violent – childlike animals were painted onto faces, only in jet black, and with guns in their paws. Chainsaw silhouettes hung from jumpers, only made of plush baby pink fabric, as if Van Beirendock was trying to take away their power.

“I’m angry, furious about what’s going wrong in the world. I think in the last year it was going from bad to worse” – Walter Van Beirondonck

Still, the question remains – what can fashion do in the face of such global catastrophe? “Well we can talk about it, I don’t think that I can do more than that,” the designer said, offering an answer. “I think that all people who have a voice who are creative, who have the power to say something, should do that. I miss that in the fashion world, for example, there are fewer people who are standing up and who are saying, ‘Please do something about it.’”

“I think that we should unite and try to find solutions,” he went on to say. “We should think about how the world is progressing – it’s becoming so intolerant! When I was young I thought that the world would become more tolerant, but even homosexuality is still punished with the death penalty in some countries! The world is really fucked up!”

This collection was a response to that. United by colour, pattern and print, it represented Van Beirendock's attempt to create his own gang in a world where politicised youth fashion subcultures seem to be an increasing rarity. “This is my proposition of how subculture could look today,” Van Beirendonck explained... What do they stand for? “Well, I won’t call them warriors, but they’re self-secure, and they wear their garments and their jewels with pride. And they are different, and it’s OK to be different.”