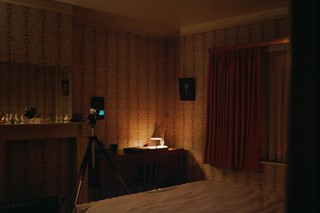 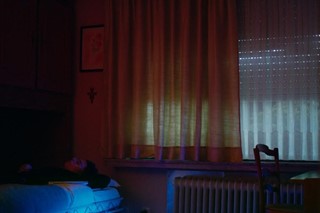 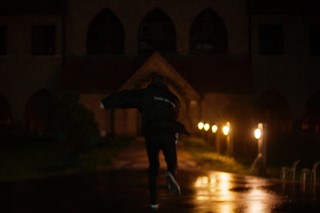 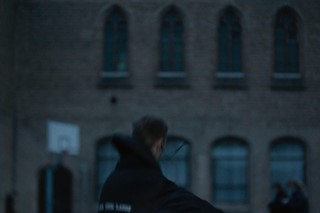 Forbidden desire. Isolation. Repression. Teetering on the brink of ‘Real Life’, teenagers have always jostled with the growing pains of adulthood, and it’s these themes that find their outlet in Naked Heartland, photographer Willy Vanderperre’s atmospheric debut short film. Comprised of a series of emotionally-charged vignettes, which veer between those lethargic moments of adolescent solitude (curtains closed to block out the daylight, laptop open) and forced companionship that feels almost nostalgic (the playground, the school bus) the film shines an affecting light on a generation longing to forge relationships that go beyond the ones they have with their laptops, iPads and cellphones.

Speaking at its screening hosted by Jefferson Hack at the ICA for London Collections: Men, Vanderperre revealed how his own adolescence in Flanders, an area he referred to as Belgium’s Bible belt, inspired the film. Its trio of characters prepare to go on their coming-of-age retreat that’s traditional for 17-year-olds in the country, a moment that teens would eagerly anticipate – because it gave them a chance to get away from everything. It was the mass-shooting of teenagers on one similar retreat conducted by Norwegian terrorist Anders Behring Breivik in 2011 that brought Vanderperre back to this moment in his youth, and its shocking loss of innocence can be felt in the film’s dark undertone.

“They just want to be loved. At the end of the day that’s what you all want, to be loved by someone” – Willy Vanderperre

“I think there’s no big difference between my generation and the generation there is now, I think at that point everybody is still struggling with the same things,” explained Vanderperre of how things have – or rather haven’t – changed for young people today. “Except now there is a huge sense of isolation because social media almost dictates it, so that we isolate ourselves instead of reaching out to people.” With his characters prefering to speak into cameras rather than to eachother, this isolation runs throughout Naked Heartland.

“We are growing up in this world where everything has to be fast, where everything has to be connected through the internet... but at the same time our emotions are getting really repressed,” he continued. “The only outlet that people are still getting is just to get as many likes as you can or as many followers as you can...” As for his trio of characters, “they just want to be loved. At the end of the day that’s what you all want, to be loved by someone.”