Backstage at Moschino AW16, the designer opens up about collaborating with the controversial artists 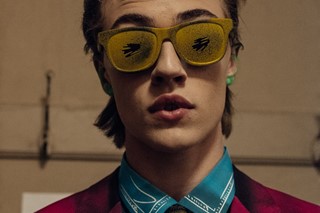 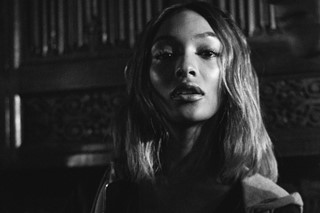 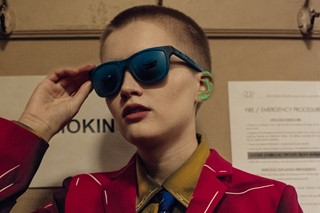 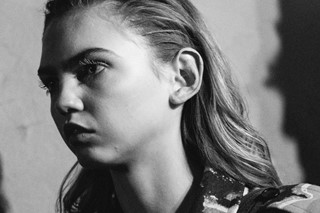 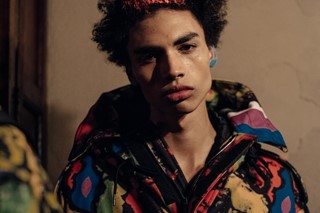 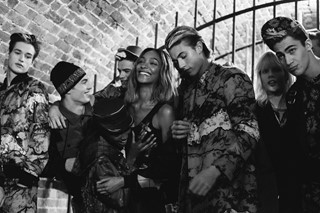 This evening, to the sound of “Personal Jesus”, and in a flurry of colour, Moschino staged its AW16 show at London Collections: Men. Kicking things off was male-model-of-the-moment Lucky Blue Smith who – along with his counterparts – modelled a collection inspired by graphic, photo-based artworks of British collaborative duo Gilbert & George. In fact, the two artists gave the Italian house’s creative director Jeremy Scott access to their archives. Backstage at the show, Scott explained how this unexpected collaboration came about.

“Well, I had been inspired by their images...so I was in London and thought why not call them up?,” he said. “So I went over and had tea. They were very generous, I didn’t even know them… I explained to them the idea that I had for the collection, that I wanted to use colours in a way that they looked like shadows on clothes...and they were like, ‘Well why don’t you go further and actually do something inspired by the actual art?’”

“They gave me all their archives to play with, so I went ham on it,” he went on to say. “I thought, ‘I’m not going to pass up this opportunity.’” As for the duo’s response to how Scott incorporated their work into his collection, it was nothing but positive. “They’ve been so supportive the whole way through,” Scott explained, “They were never really precious about it – I dissected something and created something else and they were really into it.”

“They gave me all their archives to play with, so I went ham on it” – Jeremy Scott

This “something else” that he created resembled a series of brightly coloured suits decorated with halftone-like dots and thin white stripes to give the illusion of creases. Sunglasses were spray-painted and the models’ hair, ears and in some cases eyes were splattered with paint. The result was an explosion of colour – or fashion’s answer to a neon glow stick rave.

Alongside Lucky Blue Smith, Scott enlisted two of modelling’s rapidly-rising stars – Sol Goss and shaven-headed Ruth Bell to join his AW16 cast. “I definitely wanted to have Ruth in the show because it’s such a mixed feeling – mixing men’s and women’s. I wanted to have more of a masculine energy for the girls; it’s probably the most masculine version of women that I’ve ever done – no high heels! Even when she’s wearing a skirt, she’s a tough girl.”

Watch Moschino AW16 below and see backstage images from the show in the gallery above.