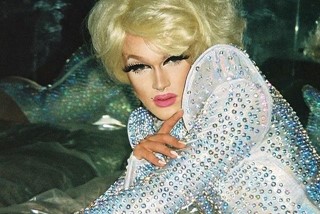 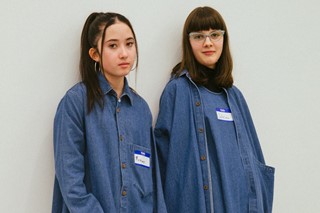 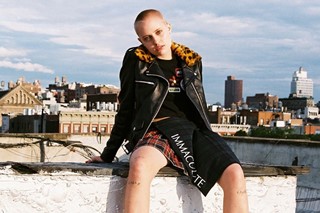 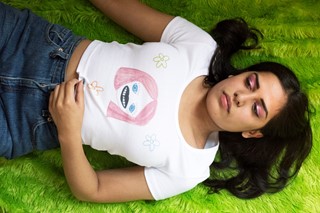 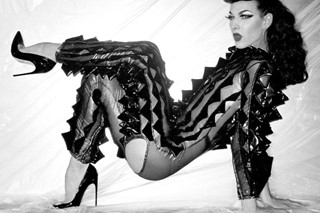 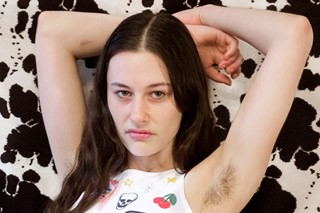 In the documentary Dior and I, Raf Simons convinces his bosses at LVMH to spend an undisclosed and probably ungodly amount on a million fresh-cut flowers for his first runway show, covering each wall of a Parisian townhouse floor-to-ceiling with blooms. The Jeff Koons-ian arrangement creates an eerily controlled, organic palette that is both aristocratic and pop, and this backdrop helps Simons define the brand’s new image. In 2015, the runway seems essential to fashion week. But it wasn’t always this way. Yves Saint Laurent’s initial shows at Dior in the late 1950s were small, single-room salon affairs for the rich, old ladies of Paris. Now the runway is a media spectacle with pop stars, paparazzi, critics and buyers. They are glamorous circuses designed to generate publicity, to be photographed and reprinted in glossy magazines, and to be filmed and rebroadcast on the news. As each brand tries to distinguish itself, the race to spend more intensifies. Chanel’s shows cost millions. Young designers would be foolish to compete.

And yet, the fashion industry is at an odd in-between moment. High-end labels like Saint Laurent are attempting to recapture and sell a subterranean California street look, and street labels like Hood By Air and Off-White are being offered LVMH sponsorship and tutelage. Subculture is in vogue, and subcultural labels are being encouraged to participate in a decidedly capitalistic affair: the strict seasonal sale cycles of fashion week. Why go along? In other industries, the Internet has freed artists from the traditional demands of distribution and advertising. Musicians do not need MTV or brick-and-mortar record stores. Filmmakers release new movies on YouTube and Vimeo. Is it advantageous for young designers to bow to the pre-Internet demands of fashion? We select four young designers who are opting out of traditional runway shows, and using the Internet to create their brand image.

69 is an anti-fashion clothing brand that isn’t big on labels – their clothing is non-gendered, oversized and made primarily of denim. In September, rather than present a runway show at New York Fashion Week, the label hosted a fashion gathering in its hometown of Los Angeles, where the city’s diverse underground artistic community modeled the clothes and danced on a pseudo-runway decorated with large zig-zags. 69’s anonymous creative director believes that the internet has made traditional runway shows obsolete, arguing that “there needs to be a new platform for designers to show their work... (one that is) more accepting to all those working outside the box.”

The label’s innovative website hosts an online shop, an archive of idiosyncratic drawings of cartoon characters and celebrities, and a film of a boy in a 69 t-shirt being doused with a bucket of paint. A photoshoot in 2015 cast many of the digital personalities associated with Dis and VFiles in the brand’s oversized unisex denim outfits with “Hello My Name Is” stickers, but it isn’t all about internet it kids. “Its vision is largely about comfort and being for everyone,” the designer told us in September.

Art Baby Girl is artist and curator Grace Miceli’s feminist fashion label, which sees streetwear-inspired basics like sweatshirts, t-shirts, thongs, bras, jackets and underwear decorated with her own drawings. Miceli also hosts the online gallery Art Baby Gallery, and believes that the internet allows her to maintain a brand identity without feeling the pressure to produce the type of collections demanded for a runway show. While it’s important to “extend beyond photos to see how clothing moves,” she thinks that “there are definitely different ways to do that.”

Miceli doesn’t consider herself a designer, instead seeing clothing as another facet of her work as an artist. She thinks that the Internet and digital videos “have allowed for underground or alternative creative communities to grow and network outside of the mainstream fashion world and they have encouraged the ability for a collection to be showcased in more creative ways.” The Internet has allowed Art Baby Girl to advance an aesthetic without promoting a traditional fashion label – its online shop allows her to keep items available as long as they feel aesthetically honest to her brand, rather than commercially viable to a stockist.

MadeMe is a girl’s streetwear label in the tradition of X-Girl and Milk Fed. Started in 2008, the label has specialised in fur-lined leather jackets, Mod overcoats, long sleeve tees, and beanies. Designer Erin Magee is also the Director for Development and Production at Supreme, and she shares the skate line’s affinity for classic American counter cultural cuts and 90s grunge.

MadeMe’s lookbook is produced once a year for the AW season. The collection is scaled back to a handful of core items that work well together and clearly define the label’s aesthetic. By avoiding runway shows and a large collection, Magee has slowly built MadeMe into one of the most important players in New York’s streetwear scene. She collaborates with larger labels like Schott, Stussy and Vans, and her perfecto leather jackets have become a staple of the cool New York street girl look. Like Supreme, MadeMe doesn’t bother with the runway. Her clothes are available year-round on her website and she drops new long sleeve tees and cropped tees whenever she feels inspired.

BCALLA turned heads this summer at the MTV Video Music Awards with the (somewhat controversial) dresses he designed for Miley Cyrus’s performance of “Dooo It!” Designer Bradley Callahan’s highly imaginative, fantastical outfits combine the outlandish character-driven club looks of Leigh Bowery with the colorful, whimsical NSFW bear aesthetic of Walter Van Beirendonck. Not surprisingly, he has been championed by such performers as Dazed cover star Pearl, Juliana Huxtable and Cakes da Killa. Lady Gaga and Azealia Banks have also been spotted in his designs which incorporate spandex, vinyl, mesh, airbrush, sharpies and face paint, with heavy influences from Japanese anime and drag culture.