As the ICA welcomes its new Luis Buñuel season, we look back at one of his most fashionable (and subversive) characters, with costumes by YSL himself 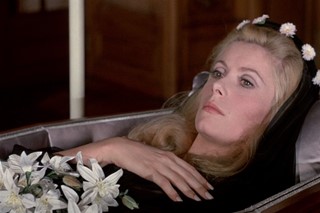 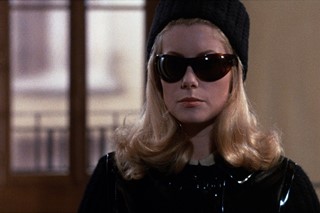 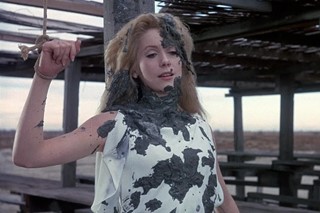 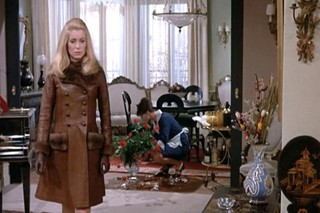 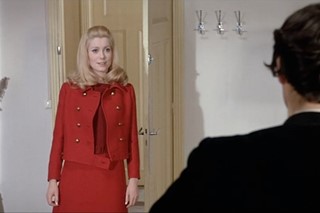 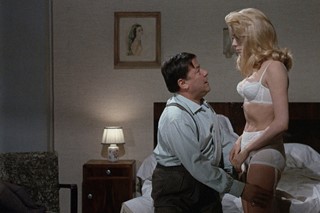 Roleplay is a new column that explores the iconic style of a cult film character. Visit this page to keep up with the latest features.

This month London’s Institute of Contemporary Arts is celebrating one of cinema’s most beloved surrealists. From sliced eyeballs to women having mud slung at them, the dark imagery of Luis Buñuel’s work troubled the lines of taste, blending the blasphemous or straight up banal with deviant sexuality. No more so was this true than in his 1967 film Belle de Jour, where iconic beauty Catherine Deneuve plays Séverine (yes, her name is a reference), bored housewife and sexual masochist who takes a job working afternoons at a brothel to satisfy the darker desires left unfulfilled by her picture perfect marriage. Her costumes, key in the creation of her character, were designed by Yves Saint Laurent, marking out the start of a long relationship between the pair. But how did her hemlines and heels hint at something more subversive?

Neat, stylish and even borderline prim, Séverine’s outfits are the pinnacle of feminine, Parisian taste – there are none of YSL’s famous Le Smoking suits here. From the ski resort (where she’s in knitwear, with precisely rolled cuffs) to the tennis court (pristine whites, complete with a girlish headband) and even the home (a bubblegum pink dressing gown) her wardrobe speaks of a bourgeois domestication, finished off with neat blonde hair and perfectly applied make up. In one scene shortly after she first arrives in the brothel, she wears a shapeless beige creation, which strangely enough is quickly admired by her new co-workers, the contrast between her buttoned up good taste and their lacy lingerie a visual virgin/whore parallel – until they help shed her bourgeois skin by stripping her to her underwear, undressing her not only of her clothes but also of any remaining sexual propriety. After all, Saint Laurent (according to longterm partner Pierre Bergé) was himself in possession of a “contempt for all that is bourgeois” – making his consciously proper clothing a perfect fit for the film.

With all their beautiful banality, Séverine’s clothes carry an air of innocence, her lingerie remaining white and crisp even as she is seduced by (or seduces) the men who march through the doors of the brothel. But hers is a vision of innocence come undone or rendered askew – her pilgrim buckled shoes (recalling those of the pious religious community that travelled to America in the 1800s) drag along the ground with her stockings around them as she is pulled across a country estate to be tied to a tree and whipped; the white, Grecian gown she wears in one of her fantasies both elevates her to something of a goddess and brings her back down to earth as she is pelted with mud; and in one scene – where she play acts a nobleman’s dead daughter, lying in a sheer veil with lilies and a floral headband in a coffin – she is at once virginal and violated, as her host climbs beneath the box and masturbates. Séverine is a woman of contradiction, pulled between propriety and perversity. And although the last outfit we see her in (another pilgrim-inspired look) is almost comically proper and correct, the film’s ending confirms that her desires remain intact.

Belle de Jour remains to be a film decades before its time, especially when it comes to female sexuality (really, it’s only let down by the implications that our heroine’s lusts are the results of childhood abuse). Saint Laurent and Deneuve became close friends, and the designer would go on to create costumes for several of her later films, from New Wave director Francois Truffaut’s La Sirène du Mississipi (1969) to 1983 vampire flick The Hunger, where she starred opposite David Bowie. Deneuve became an icon of French fashion in her own right, starring in campaigns for Chanel and, more recently, Louis Vuitton. At his final, triumphant fashion farewell in 2002 before his retirement, she appeared on stage with the designer, clasping hands. They remained friends until his death in 2008.