The brainchild of Blackpool born designer Jenna Young, This Is The Uniform is reworking the status symbols of working class style

21October 2015
TextTed Stansfield
This Is The Uniform SS16 campaign15 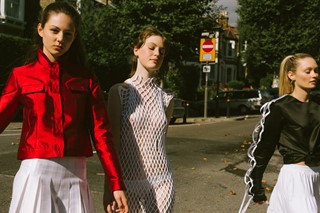 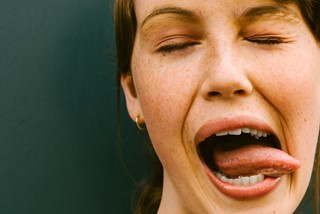 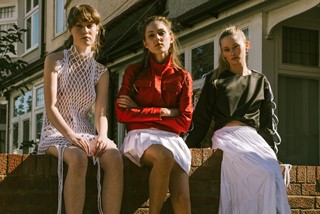 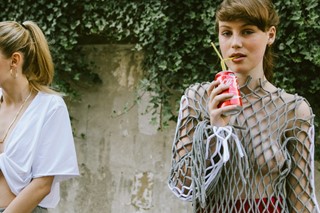 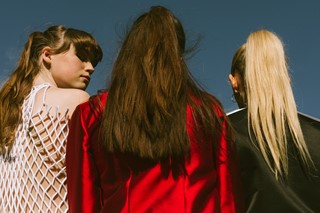 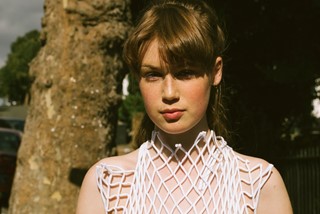 This Is The Uniform’s Jenna Young is one of London’s rising fashion stars. As the Goldsmith grad unveils her brand’s SS16 campaign – a set of playful images shot amid a scene of archetypal British suburbia – she discusses the collection itself, which was debuted at Fashion East’s London Fashion Week presentation last month.

As Young is quick to confirm, the humble tracksuit is the foundation upon which the rest of the collection was built. “It all came from this idea of being bought a tracksuit with four stripes on when I was a kid and going, ‘No! I can’t wear that!’ said Young, expanding on the concept at the presentation, which saw models playing table tennis, or else sitting around eating crisps and reading Heat. “You know, you want an Adidas tracksuit with three stripes don’t you?”

Essentially it’s all about the idea of the status symbol. “It’s kind of all about that symbolism with tiny details that kind of become something bigger,” Young explained. Something as seemingly insignificant as three stripes down the side of a pair of joggers can connote something much bigger; belonging to a certain social group or having the means to afford or affiliate with a particular brand (like Adidas).

While designers such as Astrid Andersen, Nasir Mazhar and more recently Cottweiler have succeeded in bringing the tracksuit from the street to the catwalk, it’s not a garment normally associated with “high-end” fashion. But this juxtaposition of high and low interests Young and feeds into her approach to design, from her production (everything is done by hand, in an almost couture-like way) right down to her fabric choices. “We’ve got Velcro, we’ve got silks,” she explained, “We’ve also elevated this grey marl sweatshirt and the cotton t-shirt – and can you see the string vest?”

But don’t worry, this isn’t an appropriation working class style, it’s an ode to the designer’s own roots. “It’s all about celebration of fashion and that working class sort of element to it. Because I think it can be so easily dismissed,” said Young, in an interview for Dazed earlier this year.