This season the Mulleavy sisters drew upon Kim Gordon and Stevie Nicks, in what was one of their most poetic offerings to date 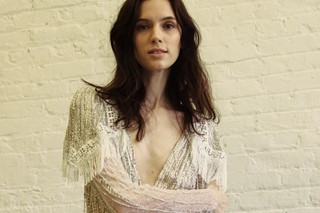 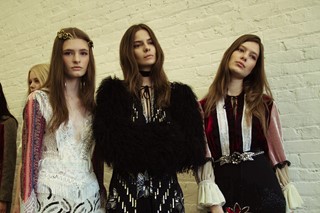 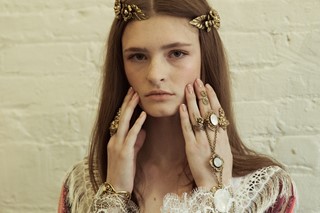 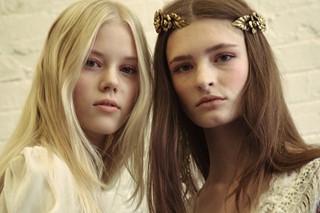 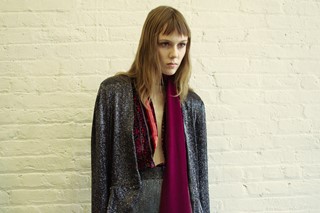 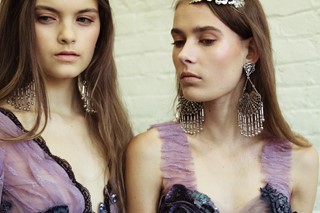 Rodarte’s Kate and Laura Mulleavy designed their ethereal SS16 collection entirely by feeling. Subconsciously drawing from their favourite lyricists and songwriters of the 1970s in their poetic designs, this season referenced female rock icons like Kim Gordon and Stevie Nicks in their most glamorous form. “I think the show was intuitive.” Laura Mulleavy told Dazed backstage after the show. “It was about things that came from listening to music and absorbing a feeling and being free and making the collection. We drew from different poets over time – anyone from Emily Dickinson to a songwriter like Leonard Cohen. It was a wonderful process because it didn’t feel like we were making something towards an inspiration, it was about feeling something and seeing where it takes us.”

The set featured multi-coloured fluorescent lights aggressively wrapped in barbed wire, which flashed throughout the show which was scored by Electric Light Orchestra. The collection consisted of layered paisley, excessive beading, and luxe fur cropped jackets, channelling the transitionary period between the 60s and 70s when “flower power” style was becoming more glamorised. Lace and tulle were draped and shredded, demonstrating a less polished side of Rodarte compared to previous seasons. “There’s not always a logical reason why you put things together in your mind.” Kate Mulleavy noted. “But, I think the set and the music it evoked the feelings we had, and the feelings usually are about contrast and interesting texture. As a band, Electric Light Orchestra doesn’t sound like anyone else, and they have a romantic quality with the strings. But, they’re still disjointed and interesting. Sometimes you just go with the feeling you have, and things don’t have to be so literal.”