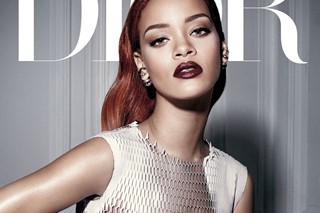 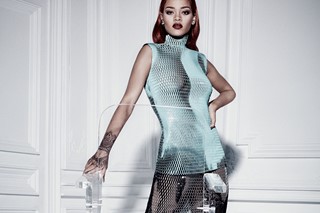 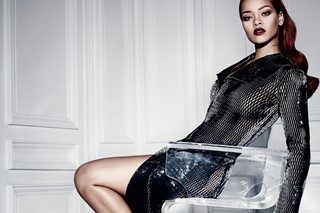 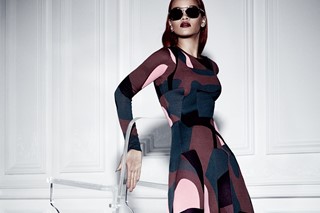 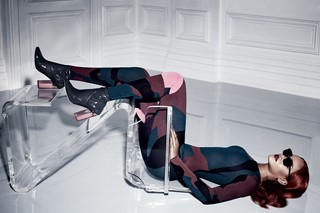 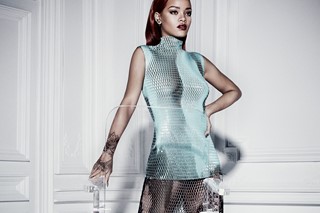 Fresh from the launch of her new perfume RiRI (an event which was hit by anti-fur activists), Rihanna has unveiled her latest shoot for Christian Dior via Instagram. Judging by the nine consecutive images she posted from the shoot, the BBHMM singer really loves it.

Shot by Craig McDean for Dior Mag, the singer wears a dress made from mesh, along with latex boots fitted with a perspex heel that featured in Raf Simons’ AW15 collection for the house. She also wears a bodysuit made from an abstract animal print which, like the boots, feature heavily in this collection.

Rihanna’s relationship with Christian Dior began last year when it was announced that she would be the house’s new representative – the first black woman to be honoured with the title. What followed was a film and print campaign shot by Steven Klein in the Palace of Versailles.

“It feels fantastic,” she said back in May. “It is such a big deal for me, for my culture, for a lot of young girls of any colour. I think to be acknowledged by Dior means a lot, as a woman, to feel beautiful – to feel elegant and timeless.”