After a monologue from the late director's film provided the soundtrack for Alexander McQueen SS16, we chart his top cinematic moments 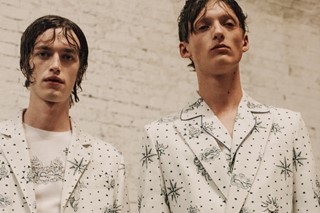 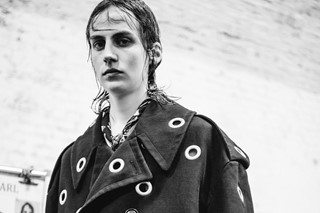 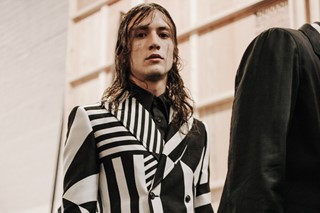 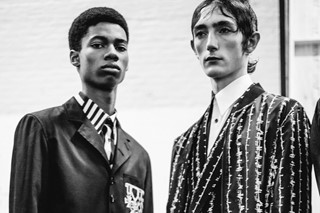 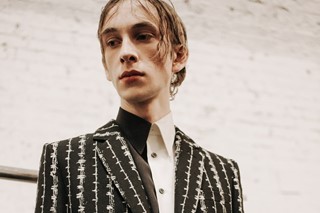 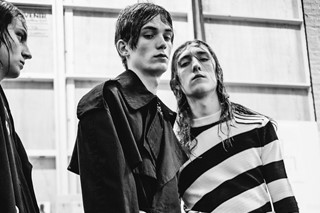 It was a monologue from Judi Dench – reciting Shakespearean sonnets in a speech ripped from Derek Jarman’s The Angelic Conversation (1985) – that soundtracked the Alexander McQueen SS16 show. “There’s a bit where she’s reading The Tempest,” said designer Sarah Burton backstage of the sample. Considering the collection’s theme of men lost at sea, and the mythical possibilities of the oceans, this was no coincidence. But Burton also spared a thought to those left on dry land: “I love that it’s the voice of a woman so it could be a lover or a mother. These men are very solitary, it seems."

As an artist and activist, filmmaker and set designer, painter and poet, Jarman is an incomparable icon of British underground culture. His work continued to radically challenge and inspire right up until his death in 1994, and long afterwards – just a few weeks ago, he landed second place in our poll on the next face of the £20 note (after McQueen himself). We highlight the films anyone new to Jarman needs to watch.

Forget 300, this was the original ancient-world reenactment with muscle. It’s 300AD, and at a remote Roman outpost, men engage in homosexual activity to satisfy their urges. A young exile, Sebastianus, becomes the object of a centurion’s desire, but it’s unclear whether his punishment by whipping conflicts with his Christian beliefs or excites a new passion in him, other than for Christ. Eventually, he is martyred for refusing to give up his faith, culminating in an unforgettable scene in which the young actor is tied to a post with his arms behind his head, and penetrated with arrows. Soundtracked by Brian Eno, the film is beautifully shot, with dialogue in the kind of Latin spoken by Roman soldiers at the time, and is regarded as the first film to positively depict homosexuality.

Credited as the first punk movie, Jubilee criticises the establishment but also takes a critical look at the punk movement – mainly, its obsession with fascism and the mindless violence of some of its adherents. Released a year after the queen had celebrated 25 years on the throne, Jarman poked fun at the crown with a dystopian adventure in which Elizabeth I time-travels to the late-20th century. Starring Adam Ant and music by Siouxsie and the Banshees, it’s a bleakly chaotic vision of things to come – but hell, the make-up is stunning.

In a comment on life in Britain under Thatcher, Jarman’s film is a nightmare sequence of poetic dialogue and imagery shot on Super 8. Starring Tilda Swinton, the movie references the Falklands War and depicts harrowing scenes like the one in which a young woman in a wedding dress cuts chunks from her outfit in great distress. Riffing on a 1942 British propaganda film Listen to Britain, Jarman points to the degradation at the country’s core, a generation after the Second World War was won. Set in London and the then war-torn Belfast, the film is a cry of distress against the Tories via an allegorical apocalypse.

As well as shooting videos for the Pet Shop Boys, Jarman was cameraman to The Smiths. In 1992, the Manchester band released a compilation of videos shot by Jarman ("Panic" and "Ask"), Tim Broad ("Girlfriend in a Coma" and "Stop Me If You Think You've Heard This One Before"), and Paula Grief and Richard Levine ("How Soon Is Now?"). But it was the desolate landscapes and bold visuals of Jarman’s contributions which stood out. The compilation ends with Jarman's short film, "The Queen Is Dead”, which remains a favourite of The Smiths’ fans.

Through the opaque prism of an unchanging blue screen, Jarman used his twelfth and final film to reflect on his struggle with Aids, which by 1993 had left him partially blind. Recounting endless pill popping, hospital visits and lovers past, it was narrated by some of his favourite actors, including Swinton. "Art has to be a celebration of life," said cinematographer Christopher Doyle told The Telegraph in 2005, "and Blue is saying, 'This is all I have: blindness, walking towards death. But it's not too bad.'"