Fresh after winning the Swarovski Collective Award, duo Peter Pilotto offer advice to everyone hoping to break into the design world 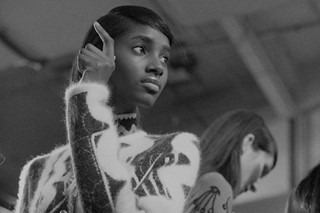 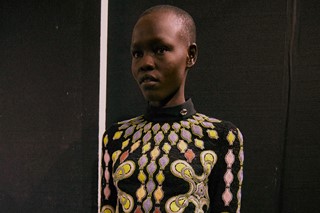 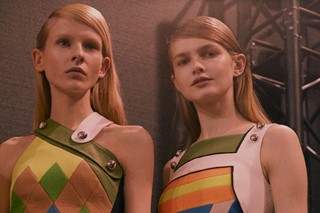 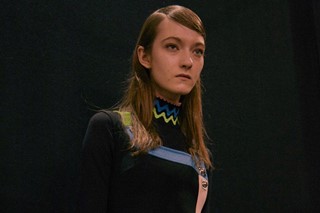 Like Martin Margiela, Ann Demeulemeester and Dries Van Noten, Peter Pilotto's award-winning and lustrous career began in the grand halls of Antwerp's famed Royal Academy of Fine Arts. But it wasn’t until he met business partner Christopher de Vos on the fashion course that the duo began creating collections in their trademark psychedelic digi prints, redefining the use of pattern as they applied the fabrics to structurally complex dresses. The rest is history; their line (named after Pilotto) was an instant success with both critics and the buying public alike, as well as with the likes of Rihanna and Dazed cover star Lupita Nyong'o. Their graphic, transcendental collections have won a slew of industry accolades and awards over the years, including NewGen sponsorship by the BFC, the Swarovski Emerging Talent Award, the BFC/Vogue Fashion Fund and, most recently, the Swarovski Collective Award. To celebrate this latest award, the duo look back on what they’ve learned so far, and offer advice to those looking to make their own mark in fashion.

UNDERSTAND FASHION IS A BUSINESS

"We had a really artistic education in Antwerp, so when it came to starting out it was quite hard to learn all the other aspects of the fashion industry, the business side of the industry. When you run a business you have to be a manager of people, think about logistics. We luckily had great support from the BFC who helped us to understand certain things, such as you might have a good season – which is great – but then how do you finance it? That cash flow preparation was painful to get our heads around as we were not taught it. It’s great for someone starting out to connect to those organisations for guidance."

"We all did internships. It gives you insight into the industry. You meet people. It’s a very precious thing. Some of the people who did internships with us are now head of departments within the company, or really senior team members. We try to really identify who is strong from the start and then see how we can build something together. Often we will let them go back to their course and then once they have finished studying they come back to us."

FIND SOMETHING ONLY YOU CAN DO

"Don’t identify what type of design is in demand and specialise in that. Create your own demand for something new. Follow your instinct and attract people with it. Don’t be so calculated. Listen to people's advice, yes, but then completely make up your own mind. That’s the great thing about London, this generation all started with a unique vision, just doing what they were into, and the commercial success followed, rather than it being a plan of a plan from the start. The prints we did at the beginning were the best way to personalise our collection, to express our voice. Create a signature so that what you are doing is recognisable, not just a quick trend. A vocabulary has to be built and it has to be deep. Later you can employ commercial team members, such as people in Marketing, but it starts somewhere pure."

BE PREPARED TO WORK HARD

"Is talent enough? Yes. But talent must be matched with reality. Talent and an understanding of reality is enough. It’s all about having open eyes. The negative side to the industry is the pace, it’s a great challenge, it’s really tough to do four seasons a year, producing so much. But it is rewarding and we are lucky to see the process so often, from start to show. Being backstage at the show, seeing it all happening is one of the most beautiful parts of the job."

DON’T THINK BEING A DESIGNER IS THE ONLY OPTION

"Often the focus of education is too much on design and creativity, but there is also a craft to the fashion industry and there are so many other roles within fashion design other than ‘designer' that maybe people are not made aware of. For example, pattern cutters have such a great influence on the garment, the collection, everything. Fabric researchers can add so much to a collection. There are so many jobs within the industry that you may not learn about as a student."

“Don’t identify what type of design is in demand and specialise in that. Create your own demand for something new. Follow your instinct and attract people with it” – Peter Pilotto

DON'T JUST DO ONE THING

"When we started, we wanted to bring together graphics and colour but at the same time work hard on the construction of the garment. People had tended to work either on one or the other, often designers would do architectural shapes but in solids in order to really show those lines, or vice versa with prints they would create simple garments in order to show off the pattern. For us it was about both, and the success at the beginning came really from the retailers and the customers as they immediately understood that it was visually impactful but also classically constructed. It was really functional in that sense, flattering but also exciting. No one else was doing that at the time."

"We are lucky enough to have won the awards we have. They are amazing recognition and its great to get that attention. When it’s people from the industry selecting you it’s such a great honour. It creates waves of key PR, but then of course the financial funding is just so important, especially if you are an emerging designer as you have to constantly invest. So many designers here in London started as self-financed, and they just make it happen themselves from season to season. A lot of decisions are financially made. We, for example, were able to make a couple of key hires based on the financial support we have received."

AND FINALLY, DON'T HAVE REGRETS 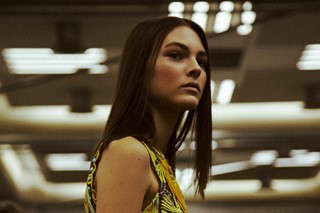 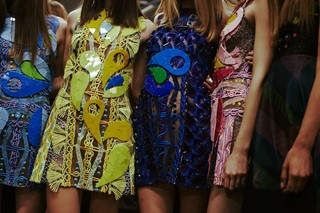 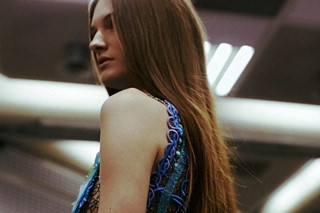 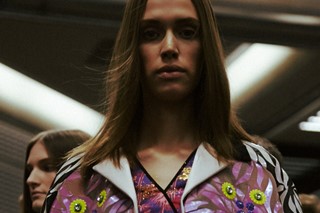 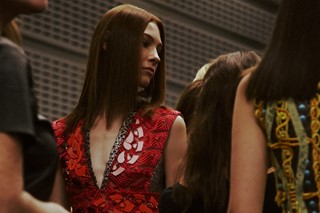 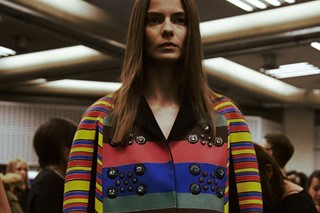