Using the runway to dissect issues of race, class, gender and sexuality, these are the designers staging a rebellion against the greying state of British culture

This is part of a series of articles on the state of the nation ahead of the seismic UK election on May 7. Check out what we demand from the next government, and don't forget to vote.

It’s August 6th, 2011, and under the gathering clouds of an unusually cool evening, London begins to burn. The face of the man whose slaying by police ignited the fuse of the riots, causing the anger of the disenfranchised to firecracker into giddy violence – is splashed across newspapers and television screens. In an image that appears time and time again, Mark Duggan scowls, holding two gun-like fingers to the camera. In another, he’s stony-faced, the only visible details in the closely cropped shot his hooded jacket and shaved eyebrow. “Dead man Mark Duggan was a known gangster”, says the Telegraph. “A ‘crack cocaine dealer’ who ruled with violence and fear” says the Daily Mail.

It’s said that in telling stories the press never show the whole picture, and in this case it’s literal: in the wider shot of the latter image, ‘thug’ Duggan is holding an engraved stone, shaped in a heart and decorated with a red rose. “Daughter – Always in our hearts,” it reads, a tribute to the stillborn baby he lost with his partner. The lesson here: it’s easier to revert to default, to judgments springing from stereotypes. The story of Mark Duggan gets bent to a familiar narrative, one of violent black masculinity, shaped by Tottenham council estates, gangs and drugs.

The ultimate guide to Raf SimonsFrom his beginnings in Antwerp to his outsider mindset, this is everything you need to know about one of the most visionary designers of our time
British fashion’s new identity politics23 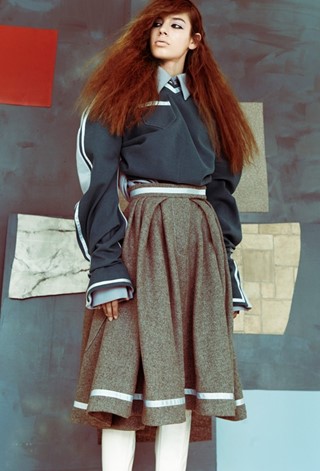 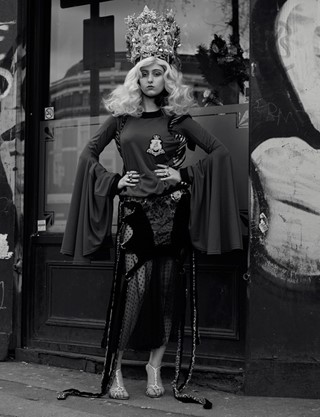 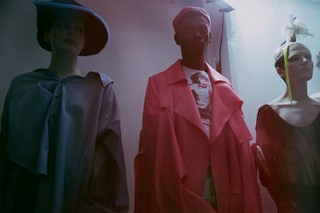 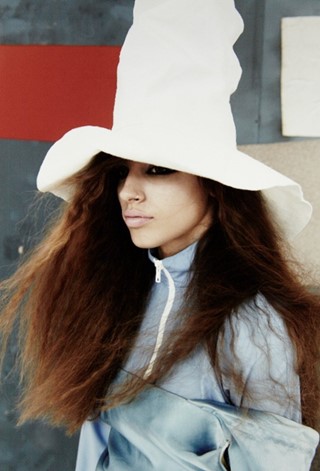 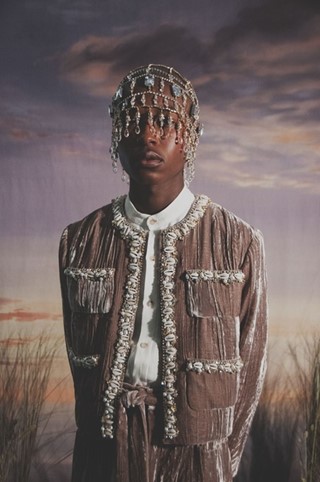 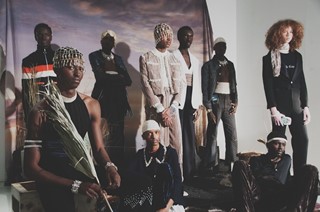 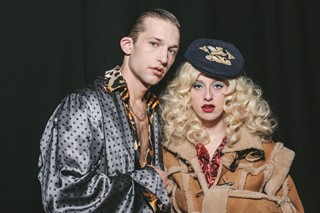 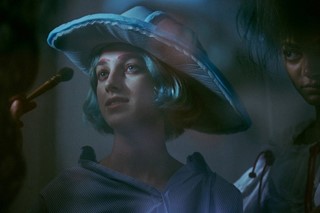 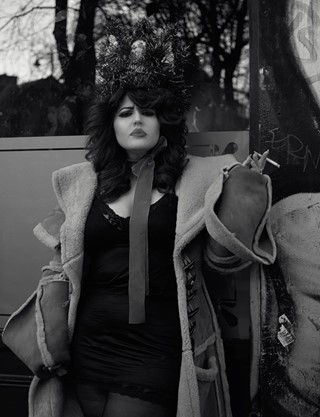 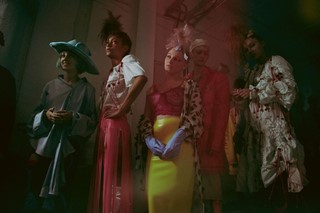 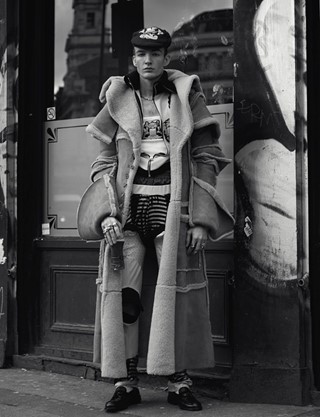 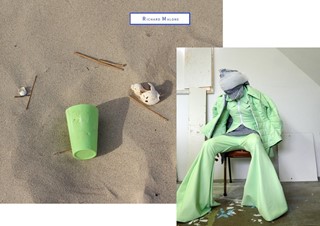 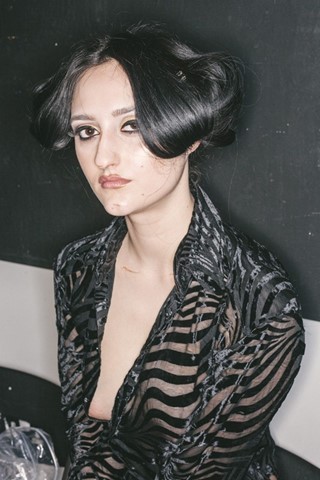 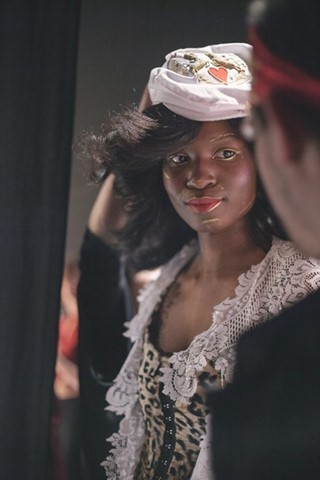 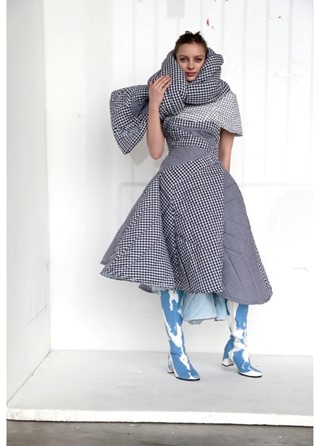 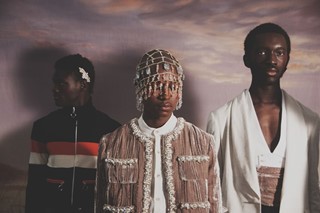 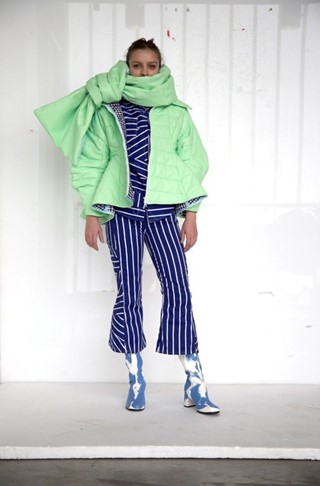 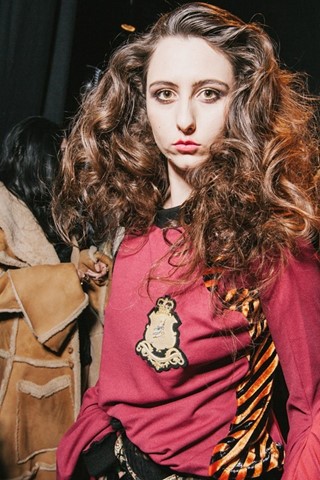 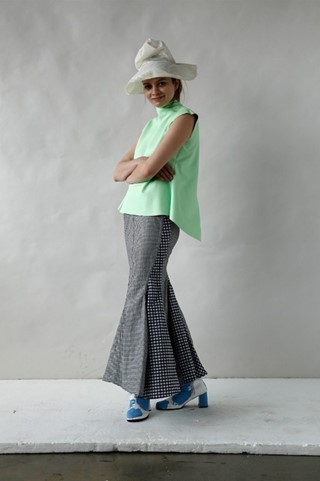 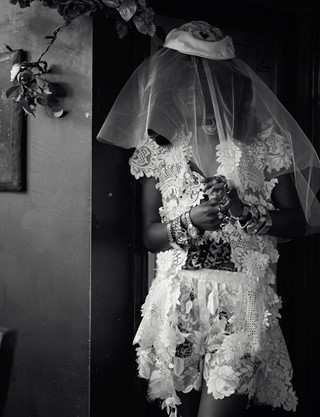 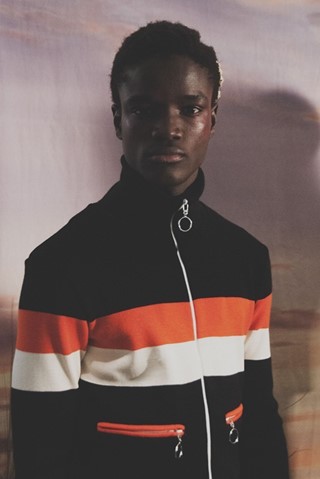 “I’ve seen enough images of black men looking really aggressive, very hypersexualised or ‘street’” says designer Grace Wales Bonner in the Spring Summer 2015 issue of Dazed. “That’s not how I think about men at all. That’s not the men in my life.” Wales Bonner, who graduated from Central Saint Martins last year, is part of a group of London designers whose work is grounded in politically-charged ideas of identity, crossing over into conversations on gender, sexuality, race and class. For Wales Bonner, design is a vehicle to explore both her own English-Jamaican heritage and subvert societal ideas of black masculinity, overriding stereotypes with a vision of men that is fundamentally rooted in softness and an elegant, gentle pride.

Her graduate collection, shown only on a cast of black models, earned her the L’Oréal Professionnel Designer of the Year Award. Typical elements associated with the luxury of European womenswear – bouclé suits in baby pink, fuzzy mohair and heavy, sparkling jewels – were recontextualised on her line up of men, who walked in softly flared trousers and silk shirts, silhouettes cropped and embellished. Mixing the trappings of privilege with items like straw hats and sandals, the collection served as a comment on the exclusivity and euro-centricity of fashion’s commonly revered hallmarks. The theme continued for her AW15 collection with Fashion East, titled Ebonics, where models wore finely beaded headdresses, and crushed velvet suits finished with Swarovski crystals. “This collection was quite historical, going further in to the history of how black people were represented in paintings in the 19th century, and how that manifests itself today. It’s about looking back and then, looking forward,” she revealed at the presentation.

Last month Wales Bonner was chosen to take part in the V&A’s Fashion in Motion program, following in the footsteps of designers including Alexander McQueen and Vivienne Westwood. She put on a presentation that both engaged with, and pushed against, the museum’s institutional surroundings. While a live choir sang, her cast of models fanned themselves with palm leaves, the cowrie shells on their garments (once used as a West African form of currency) clinking softly as they raised their fists to the vaulted ceilings in a line of black power salutes. “I was drawn to that idea of performing blackness, owning identity in an unapologetic way,” Wales Bonner has previously commented on her references. In the days of #blacklivesmatter, such a statement felt like a powerful political assertion of identity, proof that fashion is far from the superficial world it’s often perceived to be.

As well as race, ideas of gender an sexuality are also being confronted by London’s designers. “It was the feeling of the lack of tolerance that propelled me to want to make that statement,” says designer Edward Meadham of what sparked him and creative partner Benjamin Kirchhoff to stage a fashion show protest for their SS15 show. Taking their inspiration from women like Vivienne Westwood and the “amazing and iconoclastic” Viv Albertine of The Slits, the London-based duo tapped back into the energy that defined the city’s transgressive sub- and club culture scenes of days past, sticking two fingers resolutely up at a society that they argue is experiencing a “cultural regression”, becoming “more and more apologetic, more bland and more conservative”, with the idea of equality a myth receding ever further into the distance.

“For Wales Bonner, design is a vehicle to explore both her own English-Jamaican heritage and subvert societal ideas of black masculinity, overriding stereotypes”

With a riot grrl-inspired zine handed out to the audience encouraging them to ‘Reject everything’ and declaring the designers’ loves (fags, dykes, freedom, mothers, Kathleen Hanna and Leigh Bowery) and hates (David Cameron, Putin, censorship, conformity, homophobia and transphobia), models took to the runway like hybrids of Punks, New Romantics and Batcave Goths, through a very Meadham Kirchhoff lens of transgressive gender and sexuality. They walked past a tree strung with red paint dipped tampons, in t-shirts scrawled with phrases like ‘batty boy’ reclaiming homophobic slurs (“I have people shout at me every single place I go,” Meadham, whose daily uniform consists largely of lace, pearls, PVC and ripped fishnets, admitted post show). It was, as Olivia Singer wrote at the time, a “street-cast celebration of different bodies, genders and races” – channelling the punk spirit of England’s past, resurrected for a new time of austerity.

“It’s like two planes hit two towers and all of a sudden the world stopped,” says Kirchhoff of our current era. “The world doesn’t need to be led by fear. Diversity and change aren’t necessarily a bad thing. It’s like all of a sudden we had to have a blandness to make people feel comfortable.” Blandness is a word that could describe any one of the visions of this country’s potential leaders, as Cameron promises to clamp down on immigration and Farage suggests doing away with tuition fees for everything but the arts. The world of Meadham Kirchhoff, even if it is currently facing an uncertain future, is anything but bland.

They aren’t the only ones rejecting the greying state of the nation. With his latest show seeing his mates take to the runway in designs inspired by “typical working class British culture”, Lady Di, Only Fools and Horses and the tacky ephemera of his expat, ex-pub-owning grandparents’ house in Spain, Ed Marler chose to explore ideas of British class identity through a sense of romantic, exaggerated fantasy. It’s something he previously approached in his graduate collection, which was about “a girl or boy who has these delusions of grandeur,” rebelling against their bedsit surroundings with imagination, turning themselves into a princess with whatever they had around them. In Marler’s work, with its dressing-up box style mix of football kits, medieval costumes and class clichés (sovereign rings, barmaid leopard print and wheeler-dealer sheepskin), there’s a sense of reclaiming stereotypes and tropes of working class femininity and masculinity through kitsch. Why? Because, as Marler says, it’s “fun to play with.”

Fellow proudly working class designer Richard Malone remains aware of how the Tory politics of the last five years have had a very visible effect on fashion in London. “Since the fees went up, I really noticed the change,” he said of studying at CSM, where he graduated from last year. “It became a lot of runway Prada and Céline handbags,” and “privately educated and pretentious Notting Hill fashionistas”. From an Irish background, Malone draws inspiration in his design less from fantasy and kitsch but from “people, real people” – specifically the way youth in his hometown behaved (and rebelled) after the economic crisis. “There is a strange mood in Ireland post-recession, teenagers feel the pressure from very early on to either stay and sign on or move to get a job. It was really their attitude that inspired me, not dressing for vanity, rebelling through uniform, taking the absolute piss out of anyone in power, it’s great.”

“It’s like two planes hit two towers and all of a sudden the world stopped. The world doesn’t need to be led by fear” – Benjamin Kirchhoff

In his designs, Malone (sick with the waste fashion houses generate) opts for creating exaggerated shapes in recycled fabrics like industrial pleather or butcher stripe cotton to “juxtapose ideals, almost taking the piss from stereotypes...making things quite wry and sarcastic.” For someone who was first intimidated by the surroundings of CSM, exploring his heritage is an act of pride. “I was always the poor one, who could not afford the expensive fabrics or a seamstress, but it just makes you work a lot harder,” he says. “You can’t change who you are, or where you’re from, it’s always going to be inherent in everything I do, so it’s interesting to explore it and ask questions about it...You realise no matter what, everyone has a unique perspective and my perspective is mine. It’s important for me to fight for it.”

Whether it’s the way punk rebelled against Thatcher or how the Teddy Boys asserted their working class roots by appropriating aristocratic Edwardian dress, British fashion has politics and resistance in its veins. Despite this generation’s reputation as more interested in our phones than our futures, our designers remain aware, engaged, and angry about the state of the nation today. In the age of austerity, they prove that there’s a lot more to fashion than false ideas of luxury – it’s the way we explore and understand our identities, using our bodies as signboards for political statements. “I think that the most effective kind of activism is a personal one rather than going out and protesting,” Meadham argues. “To exist and to express your contrariness.”