Led by sportswear rebels Les Benjamins, an upcoming generation are forging a new legacy for the historic city 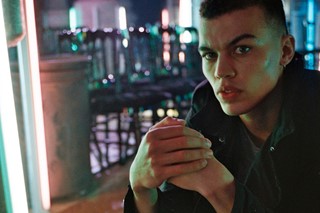 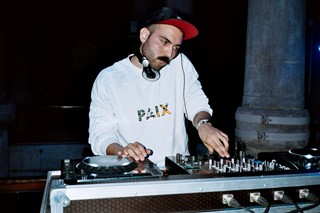 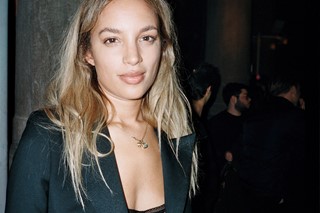 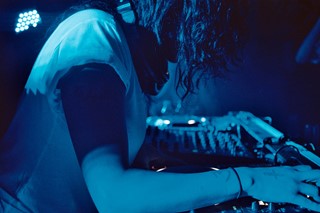 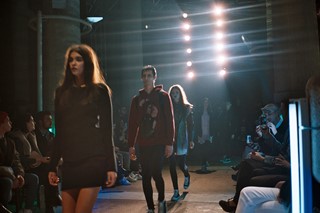 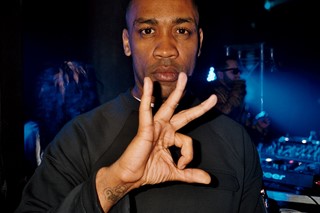 At last Friday’s Les Benjamins show, the planets aligned: while stargazers everywhere glimpsed a historic solar eclipse, Istanbul’s brightest artists, musicians and designers flocked to see the streetwear crew’s celestial AW15 offering. Taking its previous graphic incarnations of world events and looking instead to a galaxy far, far away, the brand’s Space Soldiers wore a uniform of cult leather, monochrome layers and protective outerwear, teamed with black Converse Chuck Taylors. Led by British invaders Phoebe Collings-James and Dudley O’Shaughnessy, and soundtracked by DJ XXL’s Trap remixes of Star Wars and the Ottoman Imperial Anthem, this was supercharged sportswear that let all attendees know that the future is now – and it’s right here in Istanbul. As show spun into afterparty, the after-dark crowd hit the floor to sets from honorary recruits Venus X and Wiley, breaking the noise barrier of a spectacular venue steeped in the city’s past.

It all went down at Binbirdirek Cistern, an ancient subterranean reservoir in the heart of Old Istanbul. For founder Bunyamin Aydin and his creative entourage, the setting formed a deliberate juxtaposition. “We want to be somewhere old, and create the new,” says the designer, speaking the day after the party. “That’s something you can see in Istanbul itself – east and west, crashing into each other. It’s what we represent.” Just like the city, Les Benjamins’ clothing asks you to look twice: this season’s galaxy print is entirely made up of Ottoman architectural patterns. Elsewhere, the number 34 accompanies the label’s signature satirical graphics – for locals, that’s the area code for Galata, the city’s creative hub and where Les Benjamins calls home.

To walk around Galata and Karaköy, the districts at the epicentre of Istanbul’s new wave, is to experience the city’s contrasts at ground level. Even on a grey day, the streets are brighter than most: nestled in the shade of Galata Tower, neon and electrical shops shine a light on the secret streetwear upstarts in their midst. When it comes to the design scene in the city, Les Benjamins leads the pack. “We are global and local,” explains Aydin, who travelled and lived abroad for six years. “I think the problem here in Turkey is that people haven’t had that global vision.” Despite showing at Paris Fashion Week last month as well as Fashion Week Istanbul, the Les Benjamins revolution will start – and stay – at home. “I love that it feels raw,” says Aydin. “I want to inspire other young designers, so they can see that its possible to do it from Istanbul.”

“We want to be somewhere old, and create the new. That’s something you can see in Istanbul itself – east and west, crashing into each other. It’s what we represent.” – Bunyamin Aydin, Les Benjamins founder

But in 2015, creating in Istanbul is more than just possible – it’s the zeitgeist. For designers, artists and musicians alike – such as trap DJ Fakepakt and rapper Kamufle, who played the show’s afterparty – the city’s split personality is providing a creative glue. Like Aydin and his team, many of them have previously lived elsewhere, or are half Turkish. “There's a new generation of artists that, having studied abroad, are coming back to Istanbul,” he says. “So they bring back that know-how, mix it with their background, collaborate with local people, and together they create beautiful stuff.” Istanbul’s art scene is especially booming, with organisations such as Art International, Contemporary Istanbul, and Istanbul 74 curating festivals through the year.

If the streetwear outfit form a central node in the city’s shifting cultural landscape, it is one that is determined to look forward, not back. In the wake of 2013’s Gezi Park protests, and given the current political climate, there’s a temptation to resort to grand narratives on how a younger generation might be put off. For Aydin and the rest of the Les Benjamins crew, it’s about channelling the city’s political consciousness into future optimism. “It’s really open – politics isn’t affecting the [creative] industry,” Aydin explains. “But Turkish people talk to each other. If they don’t like something they will say it, and go on the streets.” Talking to artists and designers over the weekend, the general feeling seems to be of a new beginning for Istanbul. For this generation, it’s about what kind of legacy their creative endeavours will establish, not the legacy of what’s come before.

In a way, streetwear and sportswear have always provided a blueprint for the future. For Les Benjamins, that future is deeply tied up with Istanbul’s own. Sportswear provides a uniform for today’s global citizens and digital natives, who want to transcend geographical boundaries through the brands they identify with. With Europe’s biggest Soho House just opened, a Les Benjamins café in the works, as well as Milk Studios and The Mondrian set to bring further creative energy to the city, Istanbul and its inhabitants are ready to take on the rest of the world. For the city’s favourite fashion frontliners, such changes are representative of a larger movement in the industry – one that is beginning to turn away from established Western centres in favour of authentic, hybrid cultures. “It's really cool to have brands from Istanbul, from Beirut, from Shanghai,” enthuses Aydin. “We have so much culture and you can create anything, and people are starting to realise that. It’s time for a change.” Watch this space –­ Les Benjamins is going international, or at least intergalactic.