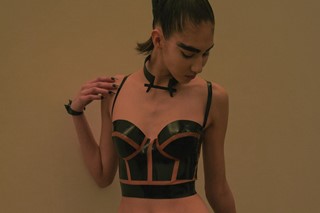 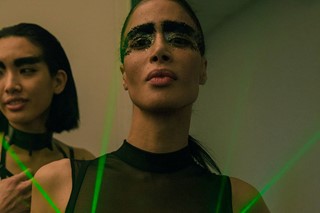 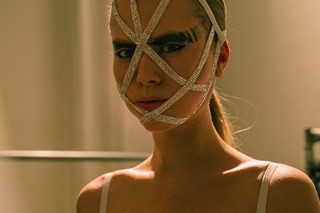 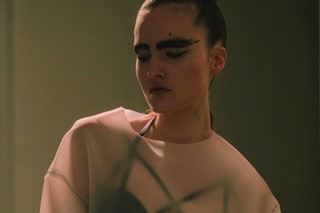 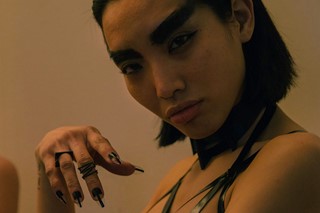 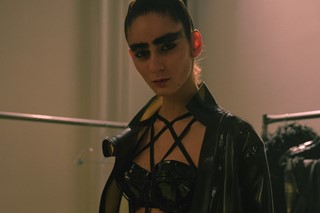 Cries of “YAAASS HONEY!” and “Get it, mama!” as laser-nippled fembots hit the runway.

“I see technology as a way to enhance and augment our lives – so whereas some people think ‘Oh my God, robots will kill us all’, I want to use it in every way possible”, said Becca McCharen. The designer recruited an electric team to fit bra tops with lasers and used man-made Swarovski crystals to decorate a white cage, designed by Icelandic fibre artist Shoplifter – who created Björk’s hair masterpiece for the Medúlla album cover. The collection was more than just latex lingerie – McCharen went for the scientifically complex.

This season was inspired by Martine Rothblatt, America's highest paid female CEO – a transgender woman who launched the Terasem Movement; a transhumanist school of thought focused on the idea of uploading the mind for technological immortality. “If your boyfriend or your mum dies in the future you can have their mind uploaded, so you can still text them or call them,” explained McCharen. The designer also had powerful transgender women walk in the show – model Giselle Xtravaganza and DJ/artist Juliana Huxtable led the procession of daring dominatrixes.