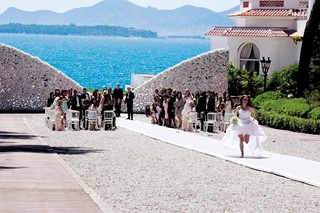 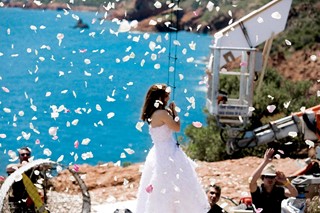 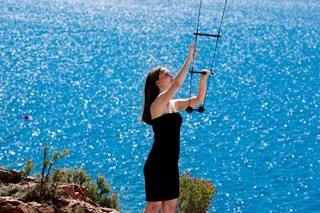 Natalie Portman stars in the new Miss Dior campaign in a film called It's Miss, Actually. In the ad, shot by celebrated Control director Anton Corbijn, Portman plays a bride-to-be who clearly isn't all that enamoured with the idea of getting hitched in the Cote D'Azur.

"The story is about escaping, about getting away from all the things that tie you down in life," Corbijn told Vogue. "Natalie Portman was fantastic. She is real, she's genuine. You can see it on the screen, and people relate to it. I think that this 'truth' is more important than beauty. Being a beautiful woman is not enough. She's a real person, a good person, and her personality makes the difference."

Portman's character looks over a beautiful balcony at the ceremony below but, despite the picturesque scene, wears worry all over her face. Her father, bedecked in a bowtie waits patiently on the steps below, only to be disappointed by his freedom-seeking daughter.

Eventually, unable to go through with the wedding, Portman elects to run away from the altar, throw off her wedding dress and escape in a helicopter, while another man kisses her neck, all to the rousing soundtrack of Janis Joplin's "Piece Of My Heart".

Portman is no stranger to Dior; she's been a long-running muse of the brand and has previously been shot by Sofia Coppola and Tim Walker.

Check it out below:

Liked this? Check out more on Dior:

Raf Simons takes Dior on a journey through the decades