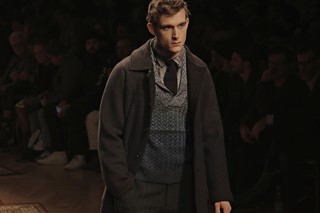 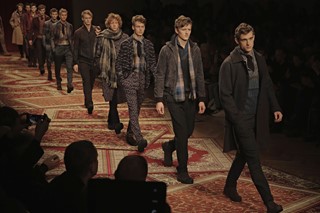 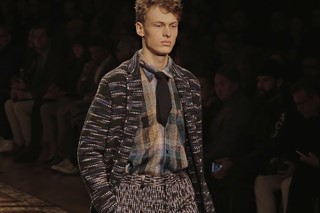 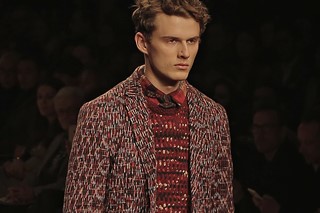 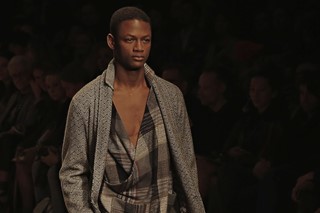 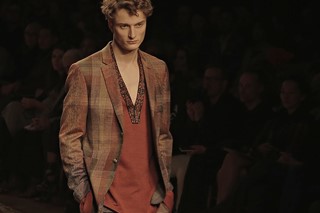 World travellers wrapped up in layers of patterned treasures gathered from solo journeys around the globe.

Milan so far this week has been big on casting men in the role of the bohemian artist with an appetite for wanderlust. Missoni was no exception – their romantic adventurers sauntered across a runway covered in haphazardly layered Persian rugs, the kind you’d imagine would cover the floor of a writer’s loft or artist’s studio, brought back from beneath the blazing sun in a dusty market somewhere. Rich texture wasn’t just to be found in the showspace; opulent knits were layered with shirts and jackets, and as the hashtag on the invite declared: #inrustwetrust – earthy tones dominated in the colour stakes.

With oversized scarves in patterned check and Missoni’s signature zig zag draped around shoulders – if this season Angela Missoni was inspired by the idea of a traveller making their way across Russia to China, this is the kind of accessory that would swathe them as they caught a few Zs in the corner of a creaking train carriage.

The soundtrack to Missoni AW15: