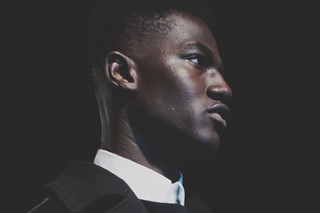 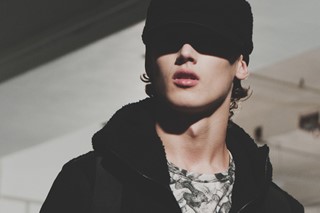 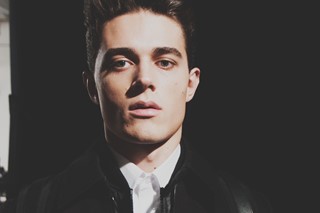 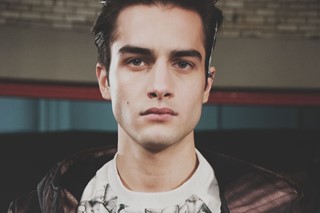 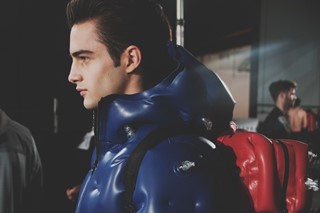 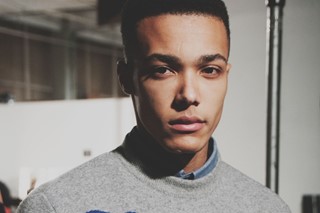 Hard not to think of Jaws. Raeburn took his cue from life rafts and that was a notion that steered the collection. Jackets and gilets were the real anchor here. Each one more wearable and collectable as the collection developed. The shark prints, bold colours and quilted fabrics made it clear that this was a refined selection of pieces, that redefined what utility wear means in 2015.

As the techno soundtrack progressed, graphic knits, bulky caps and seemingly inflatable coats were rolled out. Slogans made their way onto the top half of the silhouette which felt masculine, loud and direct. Raeburn is largely praised for his unique approach to outerwear and his latest episode only nurtured this.

A mix of references seemed present. The bright, boiler style jackets that stepped out first felt like something out of East 17’s steam video but to back that pop-cultural nod up, lifeguard inspired attire came in a smarter, more refined form. Each piece could almost be seen as a lifesaver for the man who knows how to dress but doesn’t want to buck a trend. Of all the designers on the LC:M schedule, Raeburn seems to be one of the handful that know what men need– and can package his aesthetic in a way that seems radical, but realistic.