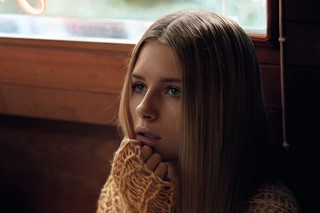 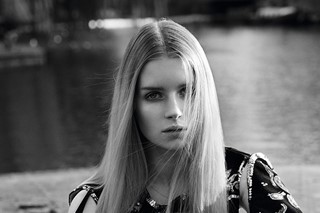 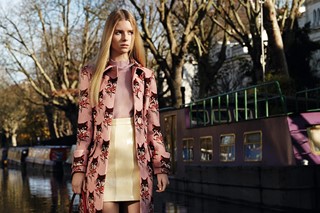 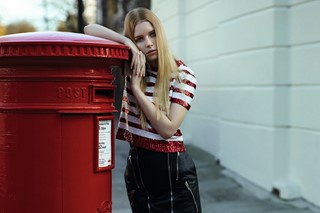 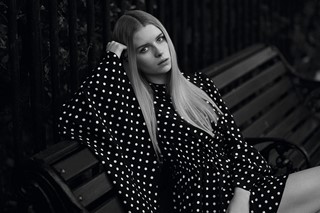 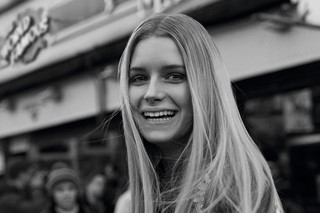 A homegrown star on the ascendant and one with some serious industry pedigree, Lottie Moss’s New Year’s Eve playlist is proof that girls just want to have fun. Kate’s 16-year old half-sister and Dazed 100 star, the model will be slipping on her Beats and blasting these 10 tunes to her friends and family on the all-important countdown to midnight. From Mark Ronson’s “Uptown Funk” to Taylor Swift’s “Blank Space”, these are the songs that hold a special place for the diminutive blonde in the year she exploded onto the fashion scene. Scoring campaigns for Red Valentino and Calvin Klein Jeans after her world debut in Dazed in February, which saw her draped in Dolce and Gabbana in an editorial shot beautifully by Sean & Seng.

“I heard it at Victoria's Secret,” says Moss on one of the biggest tracks of 2014, and – without a doubt – the perfect song to pull out on New Year’s Eve. With “Uptown Funk” Moss and friends set the tone for the night’s celebrations – massive.

Classic vocals over a fresh beat, Matoma’s sax and jazz addled take on “Old Thing Back” adds a bit of old school flavour to Moss’s playlist; “It's such a good party song,” says the model. “It gets you up for a good time and we always listen to it on the way to parties.”

PHILIP GEORGE – “WISH YOU WERE MINE”

Some hands-in-the-air house from Philip George (“I always listen to this song at the gym,” reveals Moss) keeps the beat up-tempo and the vibe rowdy.

US electro producer Le Youth gets well and truly fiddled with by the Remix Artist Collective, in this sweet but serious banger; “This reminds me of just dancing with my best friend with the most ridiculous clothes on – and the stereo turned up really high,” reveals the model.

This one’s definitely an eye-opener when the early hours start to kick in; “It keeps me from falling asleep on the school bus,” reveals Moss. The Diplo and Skrillex dream team siphoned the glorious vocals of Kiesza for this marathon build ‘em up and bringing ‘em crashing down drop-fest, which showcases the pair’s aptitude for towering EDM and dirty beats.

Backing homegrown singer Ella Eyre, Lottie Moss has picked her recent single – a shimmering slice of revenge-rooted disco - for her playlist. “Ella is such a great artist. All of her songs have a meaning and are relatable,” says the model.

“It's just such a girl power song,” riffs the model on the addictive track crafted by three of the slickest women in pop right now. This holy trinity of chart talent offered up one heck of a collaboration in “Bang Bang”. Proper party fodder.

The high-octane collaborations kept coming for Calvin Harris in 2014. “Blame” sees him teaming up with Brit soul singer John Newman for another crowd-pleasing, stratospheric EDM.

WANKELMUT AND EMMA LOUISE – “MY HEAD IS A JUNGLE” (MK REMIX)

One to put on when the evening hits a sultry turn – “My Head Is A Jungle” fuses 90s piano house with slick vocals. Blame the serious dents in your dancefloor on Moss, not us.

Taylor Swift does it again. “Blank Space” is Moss and her mate’s sing-along pick for that moment of the night when hairbrushes become microphones and the kitchen table and chairs become the stage at The O2 Arena.