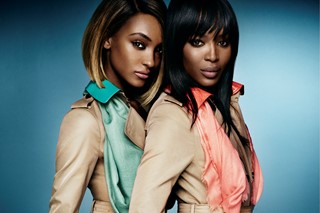 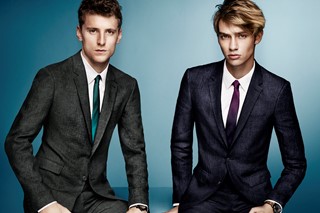 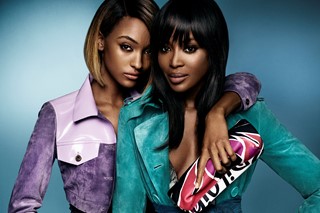 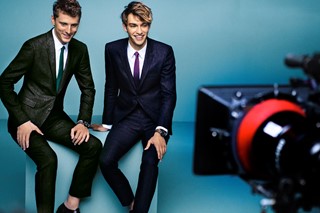 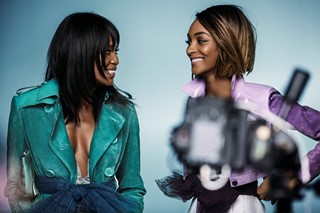 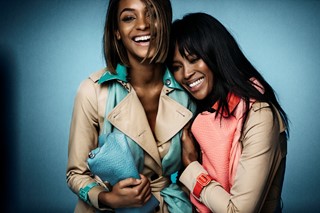 Burberry has unveiled its SS15 campaign shot by Mario Testino, starring Naomi Campbell and Jourdan Dunn. Taking its cues from its September campaign for My Burberry fragrance – which paired Kate Moss with Cara Delevingne – the latest from the British heritage brand sees Campbell and Dunn dressed in Christopher Bailey's suede take on the classic trenchcoat.

But it's also special for another reason: Dunn and Campbell are the first two black female models to jointly front a Burberry campaign. Dunn previously starred alongside black male model Sacha M'Baye for its SS11 campaign.

Bailey said of his new poster girls: "Naomi and Jourdan – two great British icons, two strong, beautiful women and the two perfect faces for our new campaign. It is, as always, a real privilege to work with them."

This is Dunn's fourth time as a Burberry campaign star; the London native made her debut with SS11. The campaign marks Campbell's second outing for Burberry – the model was first cast alongside Kate Moss for a campaign in 2001.

"I admire what Christopher and the entire Burberry family are doing so it’s great to be back working with the brand again," Campbell said. "We’ve all witnessed the evolution of this great British brand and it is a privilege to be a part of its continuing progress within the world of fashion... And I was thrilled to work with Jourdan Dunn for the first time - it was a lot of fun."

Watch the SS15 campaign film below:

Head here for all our coverage of the latest fashion campaigns.