Last night, the VS extravaganza rolled into town for its London debut – get to know the girls in these backstage video Q&As 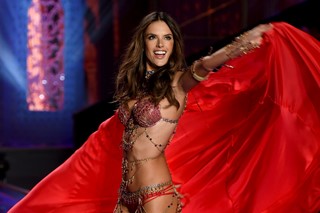 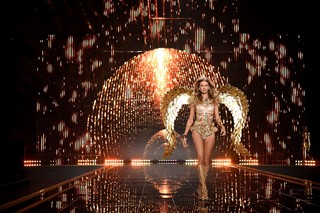 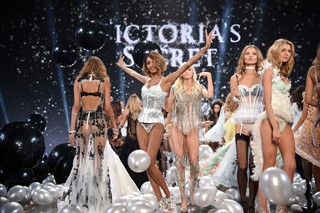 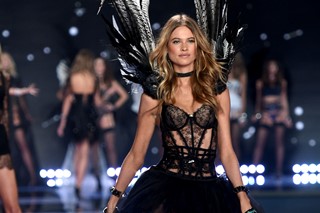 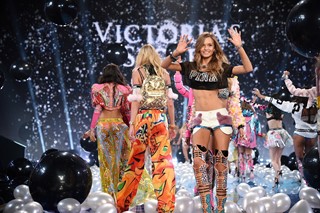 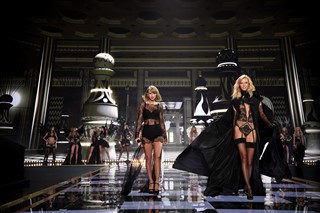 Heading behind the scenes at a Victoria’s Secret show is a surreal experience. After all, it’s not every day you get to witness Adriana Lima being escorted to a runway rehearsal with a bouncer on each arm, or Jourdan Dunn head to the buffet for a lunch break. For its London show debut, the lingerie powerhouse took over Earl’s Court, a venue usually reserved for anyone whose sold over fifty million records. Backstage we caught a glimpse of some of the world's most beautiful women snapping selfies, secret deliveries of Nando’s through a backstage door and Dazed 100 star Olivier Rousteing on hand for heart-to-hearts with the models. The night saw performances from Ed Sheeran and Taylor Swift, but it was Ariana Grande – wearing a custom Victoria’s Secret x Nasir Mazhar outfit – who stole the show with her runway rendition of hit “Love Me Harder”. Backstage, we caught up with four of the angels – Jourdan Dunn, Barbara Fialho, Magdalena Frackowiak and Maud Welzen for some quick-fire Q&As. Watch the films below:

WHAT MAKES YOUR HALO SLIP?

WHAT SONG MAKES YOU “SHAKE IT OFF”?

IF YOU HAD A PAIR OF WINGS, WHERE WOULD YOU FLY FIRST?