Reincarnation features ‘CC The World’, written by Pharrell for the Karl Lagerfeld-directed clip

Karl Lagerfeld's latest film for Chanel starring Cara Delevingne and Pharrell has finally landed after weeks of hype. Reincarnation is as fairytale perfect as its trailer suggested, featuring Pharrell and Delevingne travelling back in time to play an Austrian emperor and his queen – minus the crucial fact that royalty probably didn't waltz to a new Pharrell track.

The film follows Geraldine Chaplin as she reprises her role as Coco Chanel. While on holiday at an Austrian resort, she is inspired by the outfit worn by her elevatory operator (Pharrell), which eventually becomes the iconic Chanel jacket. Meanwhile, Delevingne plays an Austrian barmaid sneaking beer to the receptionist.

A dream sequence ensues as Pharrell and Delevingne come to life from paintings of Franz Joseph I, the Emperor of Austria and Empress Elisabeth "Sisi" and perform a moonlit waltz to "CC The World".

Before the film premiered, Delevingne posted this side-by-side comparison of the Austrian royal family and the Chanel-cast couple on Instagram:

See the images from Chanel's Metiers d'Art show in Salzburg below: 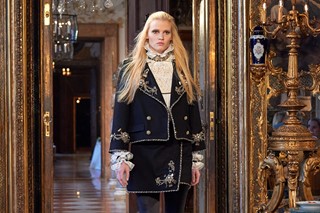 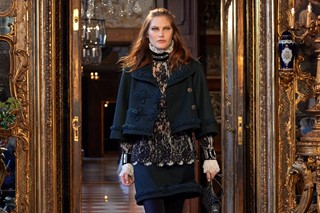 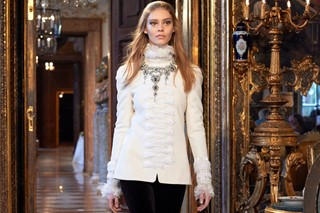 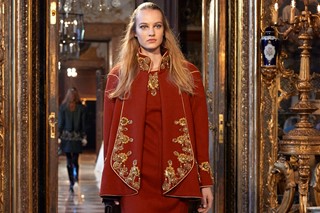 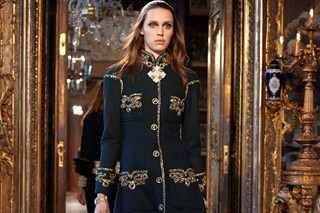 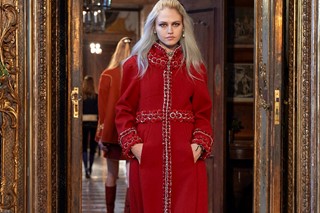