Aggressive and uncompromising, the young Turkish label responds to Istanbul’s crisis through a collection of utilitarian details 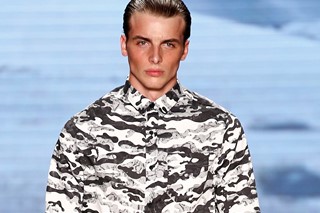 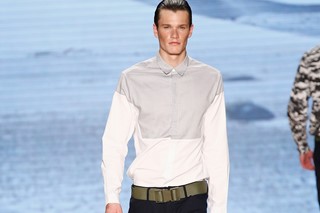 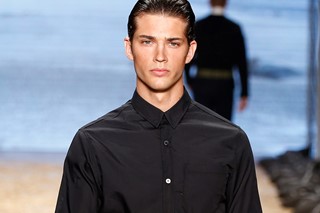 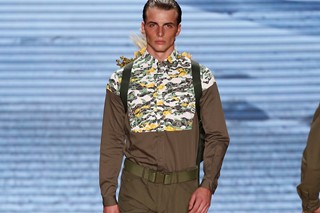 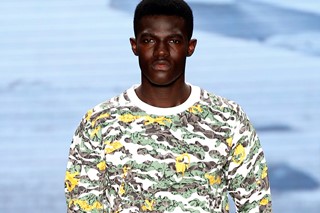 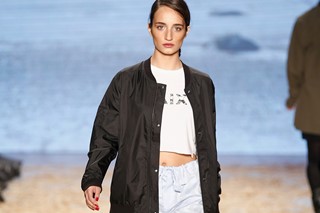 Is this a show or a summit? Walking into the show space in Istanbul modern, an art space in fashionable Beyoğlu, felt highly charged. With protests and polemics currently rocking Turkey's capital, the show space felt like Les Benjamins' creative director Bunyamin Aydin's response to a country in turmoil. We sat on wooden barrettes, enclosed behind industrial wire fences with branded sandbags/pillows separating us from the catwalk.

After opening with Kanye West's "New Slaves", the models walked to Angel Haze's braggadocious "Werkin Girls", the mood was aggressive and uncompromising. The clothes, too, often featured a starkness: a men's khaki belted two-piece featured utilitarian detailing and accessories, while a camo bomber found fluidity with its shades of mustard and white – a print which also accented shirts and sweaters. Meanwhile, for women, natty silky shorts had an edge when paired with a black utility jacket, and t-shirt dresses had an easy fluidity. And to finish the look? A utilitarian backpack, filled with a bouquet of bright blooms. The message was not pugnacious, but, sweetly, one of peace.

Les Benjamins is emerging both a witty and a wily proponent of Istanbul style worldwide. Visiting the flagship in Beyoğlu the following day, the brand's trademark satirical t-shirts were featured prominently – one sales assistant was waving one out the door to attract passing trade. But beneath SS15's slightly-confronting staging and soundtrack were well-cut and crafted pieces that will linger in a wardrobe beyond seasonal statements: the black blazer that sits just so, and a slack hugging in all the right places.

The soundtrack to Les Benjamins SS15: