Phoebe Philo shakes things up with a decidedly tactile collection, a heavy dose of florals and a Kate Bush soundtrack 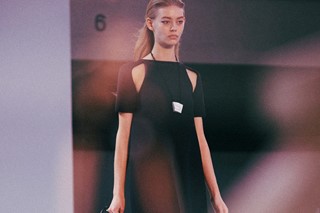 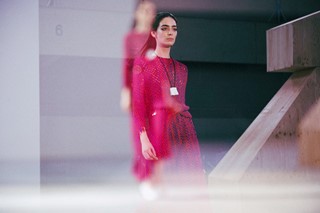 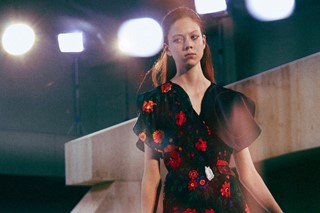 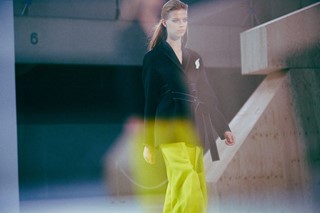 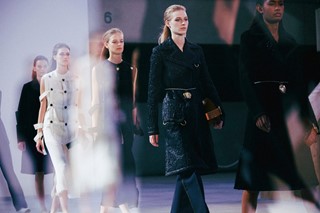 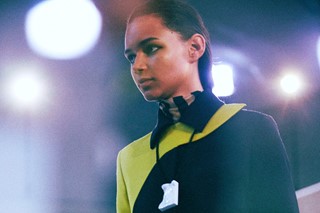 The set may have been spartan, with black abstract archways and tiled seating like something out of artist Jean-Pierre Raynaud’s concept house, but from the show's first look of a black boxy t-shirt and front-split knit skirt to its silk tunics and floral prints, it was emotive, warm and decidedly tactile. This was Phoebe Philo reaching out with her hand (literally, as seen in the jewellery) to touch the many women that have become devoted to her modus operandi at Céline.

It’s all about Kate:

Kate Bush’s unprecedented Before The Dawn tour is coming to an end on Wednesday and whilst clearly many fashion folk have gone to see her perform, we didn’t think Philo would have Bush become a focal point in a collection. "This Woman’s Work" played on a loop on the soundtrack, tugging at our heartstrings with lyrics like, “I should be crying, but I just can't let it show. I should be hoping, but I can't stop thinking.” You could tear up thinking about the multiple meanings of the song whilst hugging an oval shaped leather clutch that looked not too dissimilar from a hot water bottle, being comforted by the gentle brush of cotton fringing on a skirt and enjoying a stray sleeve slipping down the shoulders. Bush's 70s heyday also inflected the carefree spirit of the season and also of this collection. Except Philo would never mine any clichéd tropes of the decade. A painterly daisy print matched with a graphic one was expertly applied on to an updated version of a 70s hostess dress. Flares were cropped and sometimes cuffed to give them structure as they swished about the leg. Fringing was controlled and confined on the edging of a circular cut-out on knit tunics to reveal new erogenous zones. It was the spirit of free love that Philo was striving for, rather than the physical attire.

Since her groundbreaking debut for the brand, Philo has given the Céline woman many facets – she can be slouchy, she can be bold, she can be elegant in slip-on trainers – but that minimal hard-edged image still prevails. Here though, she is once again eschewing any notion than her woman is a cold and impossibly chic character. She’s warm-blooded, free-spirited and she has a sense of quirk about her, with her cast hand-shaped porcelain jewellery and elasticated ballerina flats with block heels.

The soundtrack to Céline SS15: