To mark the release of his debut womenswear collection, the designer gives us the dirt on the new Shannon girl – including her soft spot for Li-Lo 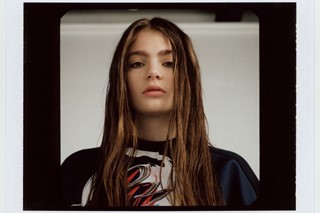 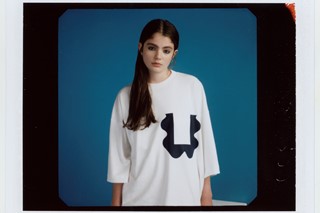 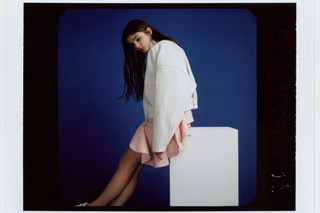 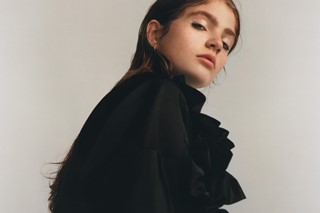 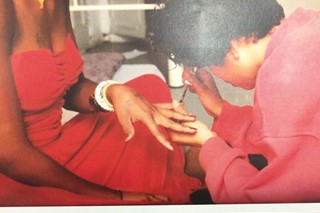 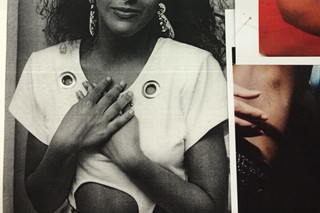 Running on a high after his menswear show in June, Christopher Shannon has finally taken the plunge into womenswear. Whilst for his SS15 collection was plastered with angsty slogans inspired by Adrienne Salinger’s 1995 series In My Room: Teenagers in their Bedrooms, Shannon has a more pared back vision in mind for his brand's female counterpart. The sportswear aesthetic he's is known for is still there (and archival pieces are referenced and reworked), but the collection is also underpinned by references of great British documentary photographers like Tom Wood and Ken Grant. Here Shannon gives us his word on the new line, getting away from stuffy Britishness and find out what the Christopher Shannon girl has on her bedroom wall.

Give us the lowdown on the Christopher Shannon girl...

What’s her drink of choice?

Christopher Shannon: Fresh melon juice from the noodle bar or an amaretto sour.

Christopher Shannon: Neither. Although she has a soft spot for Li-Lo.

What’s on her bedroom walls?

Christopher Shannon: She wouldn’t touch it, not her scene.

Who was her favourite Spice Girl?

Christopher Shannon: Sporty, until she went all musical theatre.

Christopher Shannon: She loves them all. But maybe Homebrew when she’s blue.

What phases did she go through as a teenager?

Christopher Shannon: All the best and worst ones. She always knew tattoos were naff though.

“I wanted to work in the way I would have done with Louise Wilson. I could hear her voice in every fitting, making me push it and really think about what I wanted to say.” – Christopher Shannon

When did you decide to venture into womenswear?

Christopher Shannon: It felt like the right time. I have a bigger team and we are working well together. We had drawn up women's collections before and always really liked the ideas but inevitably had been distracted by other projects or consultancies.

What were your aims in making the collection?

Christopher Shannon: To really show a point of view. I knew we wouldn’t be chasing the Middletons or trying to crack the cocktail dress market. I wanted to work in the way I would have done with Louise Wilson. I could hear her voice in every fitting, making me push it and really think about what I wanted to say. We have so much research from the last few years that the ideas were really fluid. We worked in a different way with finishings than before, and really focussed the fit.

How did you want your womenswear and menswear collections to relate to each other?

Christopher Shannon: I saw no point in just re-colouring the men's looks, or adding them in smaller sizes. We had to really focus on the woman. I know so many women in the industry and the arts sector and so few of them wear what I see on the catwalks. I wanted this to be another option. I also wanted it to relate to the mood that we created for the men's line, a sort of modern non-stuffy Britishness that's always a bit sporty and has an ease.

What influences your designs most?

Christopher Shannon: Not wanting to cringe.