In the basement of an old BBC recording studio, Barrow presents a dystopian, science fiction inspired vision of the future – but it's female medics, clad in her collection, who save the day 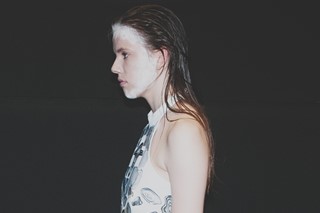 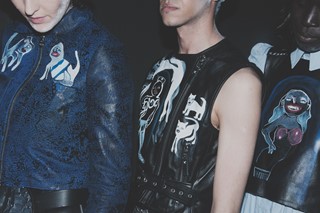 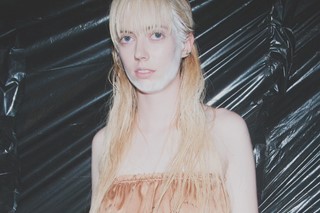 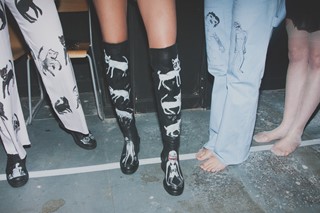 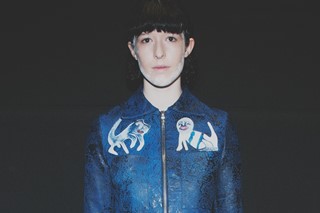 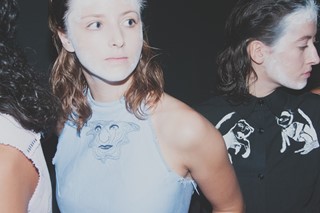 Whimsical cowgirl ventures into the woods. A lot of Claire Barrow’s buzz has included the word ‘gothic’ been thrown around, but there’s more than meets the eye here. Scratch beneath the surface of her almost creepy, seemingly folklore inspired prints and there’s a purer aesthetic: one that’s more girl than goth.

For Barrow, the story behind SS15 is crucial. The Western world has fallen victim to a virus and it’s women with medical expertise that save the day. That might sound fantastical, but it’s clear that Barrow sees her girl as superhuman. “We cast girls from medical schools,” she explains, “so some of them are actually nurses. For me it’s about a spirit, not a look, and so I wanted women who have a softness about them.” Match that with the theatrical presentation in a darkened basement of an old BBC recording studio, and Barrow is obviously intent on transporting the audience to her world.

“I saw a quote that said, ‘science fiction is the purest form of creativity,’” the designer said, “and so with this collection I wanted to create a story of my vision of the future.” Barrow’s idea of the future is taking her signature uniform to new heights. Kooky animal prints, lambskin leathers and chalky shades of blue, pink and gold gave off an almost rodeo inspired feel. Customised shoes were thanks to Barrow's collaboration with Purified, the London-based brand who have previously worked with Craig Green. Ultimately, she’s protective of her growing brand – “I never want it to be one type of girl or one type of woman.” For now though, Barrow’s girl is on a weird, folky trip where standout prints and her DIY, hand stitch approach lead the way.