The alchemy between functionality and femininity: Raeburn sends out an air force inspired troop of girls in upcycled pilot suits and vintage parachute fabrics 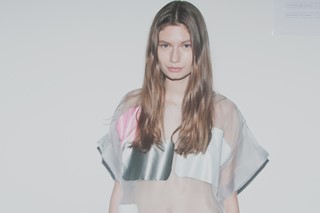 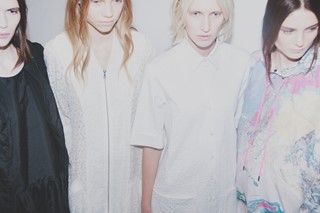 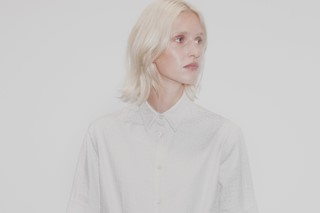 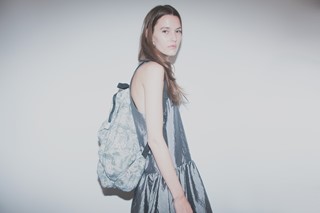 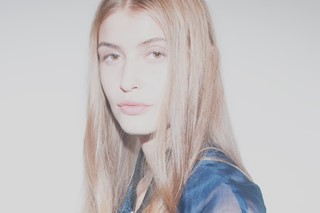 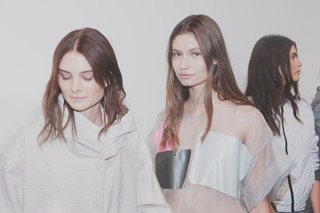 Flight mode activated. As the sound of low-flying planes filled the space before the show, Christopher Raeburn sent out a collection centred on the air force garments and defunct Arizona airbases that had set off his SS15 menswear, this time reimagined in weightless, sheer fabrics contrasted with tomboy shapes and paired with hiking sandals. “The alchemy between functionality and femininity,” he called it backstage.

Instead of simply using fighter pilot suits for inspiration, Raeburn continues to upcycle actual original military pieces as part of his REMADE concept. This time, black pilot compression suits were reworked and mixed with silk organza and overlaid with laces criss-crossing like corsetry. Elsewhere, 1960s British parachutes in the original iridescent pink were made into buoyant bombers. “The opportunities are incredible and things are changing, for sure,” he said. “When I think about sustainability and even what's changed in the last ten years since I left university, I realised it's really important for me to be continuing what I'm doing. The brands that I've worked with are so keen to be growing their sustainability as well. I'm really excited to be at times pioneering that and being conscious, always, of the way that we're producing garments.”

There’s always something explorer-like about Raeburn’s boys and girls, and with their backpacks and silk dresses printed with weather maps that seemed to morph into psychedelic florals and boiler suits printed with sun-bleached flower camouflage, they seemed ready for a major adventure. Backstage, Raeburn stressed that his fondness for the performance-based and hyper-functional does not equal a survivalist reaction to everything that’s going on in the world. “For me, it’s about bringing in things that have stories, and bringing in things that have functionality.”

The soundtrack to Christopher Raeburn SS15: