An irreverent take on the fashion system, Jacquemus' new film is a love letter to pre-teen playfulness and hours spent playing dress up

A Frenchman through and through, on his latest short film Simon Porte Jacquemus focuses on the very Parisian concept of the “femme enfant” (“the child woman”, a kind of frail femininity with a childish candour). The designer teamed up with filmmaker and photographer Bertrand Le Pluard, his longtime collaborator and friend, to create a four-minute story starring Georgia Graham, a British-born up-and-coming model who looks somewhat like a young Jeanne Moreau. Wearing the brand’s AW14 graphic-cut coats and loose-fitting suits, she joyfully does what kids do after school: jump around, run, play with plasticine and experiment with lipstick. We spoke to Simon Porte about this fun and playful take on the Jacquemus woman. 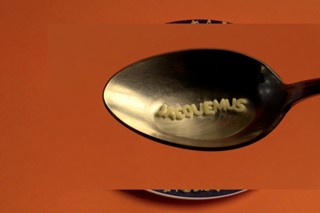 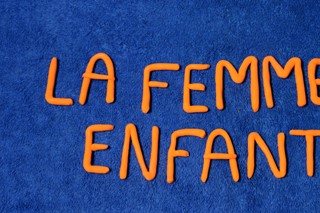 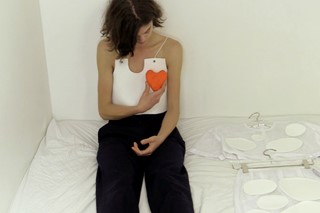 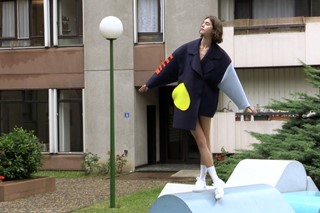 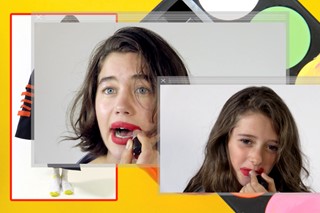 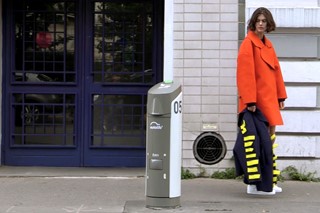 What does the term “femme enfant” mean to you?

Simon Porte: The femme enfant is this very French idea of a woman who never quite left childhood behind. You couldn’t quite tell whether she is a girl, a woman, or a girl trying to be a woman. It could be a 20 year-old girl or a 40 year-old woman who, taking her kids to school, realises in some ways she is more childish than they are. My own mother is a bit like that, but she always expresses it in a very subtle way. A true femme enfant is never too obvious or exaggerated.

Why did you decide to make a film about her?

Simon Porte: The femme enfant was the inspiration behind my AW14 collection. I’m quite obsessed with  the idea of childhood, the fun, the playfulness, the carelessness… and I think it always shows in my collections; but this season, as I was designing, I started to imagine all this story about a young femme enfant who lives like children live: she plays, she draws, she eats… and I translated all that into the naïve shapes, the colour contrasts and the oversized graphic shapes of the collection. And, since the collection started with a story, it quite naturally turned into a short film.

Can you tell us a bit more about the makeup tutorial scene, in which Georgia messily applies lipstick “Jacquemus style”?

Simon Porte: Every little girl has, at some stage, tried to put on lipstick to be like grown-up women. That was the idea behind the scene: Georgia tries to do a makeup tutorial but the lipstick comes out looking very clownesque - I actually liked the effect so much that I included it in the campaign! I find it very funny, especially because the Jacquemus woman never wears any makeup, so if she tried to put on some lipstick she would still probably end up looking like a clown.

Do girls around the world think of the “Jacquemus style” as the ultimate – and newest – French look?

Simon Porte: That would be fantastic! But I don’t know if they do. Although I must say most of the time I don’t have a full conscience of the way people view my collections. This summer I started noticing #JacquemusStyle hashtags on Twitter and Instagram linking to pictures of girls dressed in clothes that weren’t Jacquemus, but with the overall effect of a Jacquemus look. It made me really happy to see people connecting with my universe, as I think a brand is more about that than about the clothes.

Why did you choose to cast Georgia?

Simon Porte: I saw her for the first time at the AW14 show casting, and she immediately struck me for her height. So she ended up closing the show and I couldn’t help thinking of her for the film. She’s so versatile – she could be a girl or a woman, androgynous or ultra feminine, shy or feline on demand. And at the same time she’s got a great personality. And the perfect Jacquemus look: simple, healthy, sporty and brunette… So French. Even if she’s British!

Check out Jacquemus's AW14 show below: 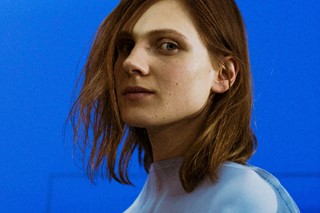 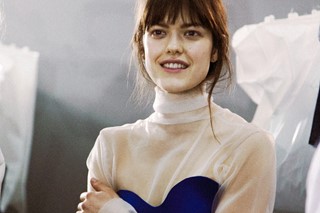 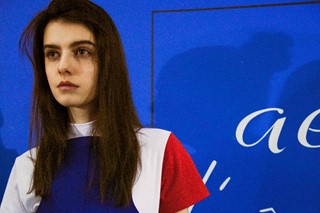 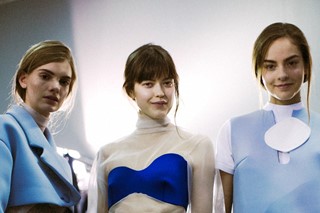 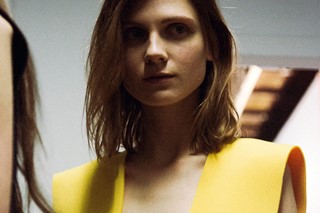 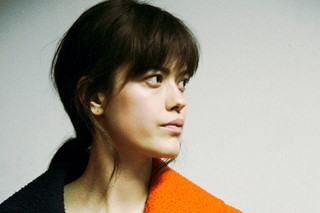