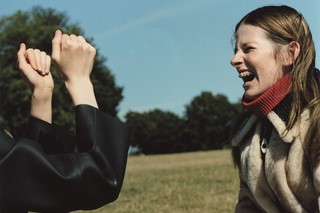 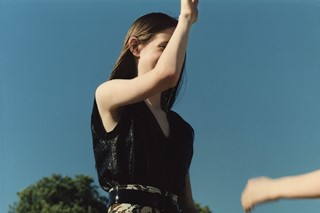 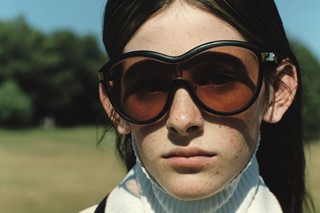 When Rei Kawakubo opened the doors to Dover Street Market in September 2004, shopping became an experience: a storytelling retail space to make you think and feel rather than walk zombie-like from rail to rail. As unconventional and boundary-pushing as you’d expect from the minds behind Comme des Garçons, it sparked a cult-like legion of followers, championing a fearless mix of luxury brands and young talent. “There’s a dialogue within the shop. It’s an abstract, unsaid conversation created by the brands’ very presence and energy,” says DSM president Adrian Joffe. “When we opened, some people understood it, others didn’t. It took about four years until people started getting it and loving it.”

With its everchanging spaces, DSM and Comme des Garçons’ intrepid guerrilla stores struck a popup nerve early on, and it seems fitting that the landmark store’s ten-year anniversary should be marked by a monumental, ephemeral project: an exclusive Louis Vuitton space and window, curated by Nicolas Ghesquière, running from August 14 until October 14. For Joffe, it’s a great pleasure to be hosting the launch of Ghesquière’s first collection for Vuitton. He and his life partner Kawakubo met Ghesquière through a mutual friend “a long time ago” and had always wanted to work with the designer.

“I did expect something very special. And I wasn’t disappointed because it was special in a very unexpected way,” Joffe says of the AW14 Louis Vuitton show, Ghesquière’s first as artistic director of womenswear. “It wasn’t razzmatazz, it wasn’t a spectacle. But I thought he might not do a spectacle. He had to do something very different from Marc. It was very coherent and understated and yet very strong and so Vuitton. I thought it was genius, actually.” With its vaguely 60s/70s A-line silhouettes – in surprising hybrid fabrics and muted Vuitton-appropriate leather – the show was a deft mash-up of past and unknown future, proposing timeless classics in a new light. It seemed nostalgic yet unfamiliar – a dynamic that also lies at the heart of DSM, which has always explored “things with everlasting meaning, as well as constant change”, as Joffe puts it.

So why does the pop-up continue to have such a magnetic allure? “Life is transient. Who likes things that are always the same? Especially because so many things are the same. You forget what city you’re in sometimes when you go into the space of your favourite brand. Am I in Hong Kong? Am I at some airport somewhere? People need to see different things,” Joffe comments. Which is why the DSM Louis Vuitton space will be exploring a new path for the house. “Nicolas is very involved,” he says. “It’s going to be amazing and it’s going to be very different to any Vuitton space.”

In addition to London and a space in DSM New York, Ghesquière has been given carte blanche to rework the existing DSM Ginza space in Tokyo, too. It’s a relationship built on mutual trust and complete freedom. In 2008, Kawakubo re-imagined a range of Vuitton bags, and this October, she and five other designers and artists will be interpreting the LV monogram for The Icon and The Iconoclasts, an intrepid project that celebrates Georges Vuitton’s 1896 monogram created as a tribute to his late father, Louis Vuitton. Kawakubo and Joffe have landed another pop-up for the occasion, setting the scene for an epic DSM anniversary.

Titled The Next Ten Years, the milestone is not about looking back. “Rei Kawakubo’s never been like that, Comme des Garçons has never been like that. I don’t want Dover Street to be like that. So, we’re looking forward. That’s what’s in our DNA and that’s what we try to do. What is the future, what do people want, what can we give them that they don’t know they want yet?” A little like what Nicolas Ghesquière is about? “Exactly. What he’s always been about.”